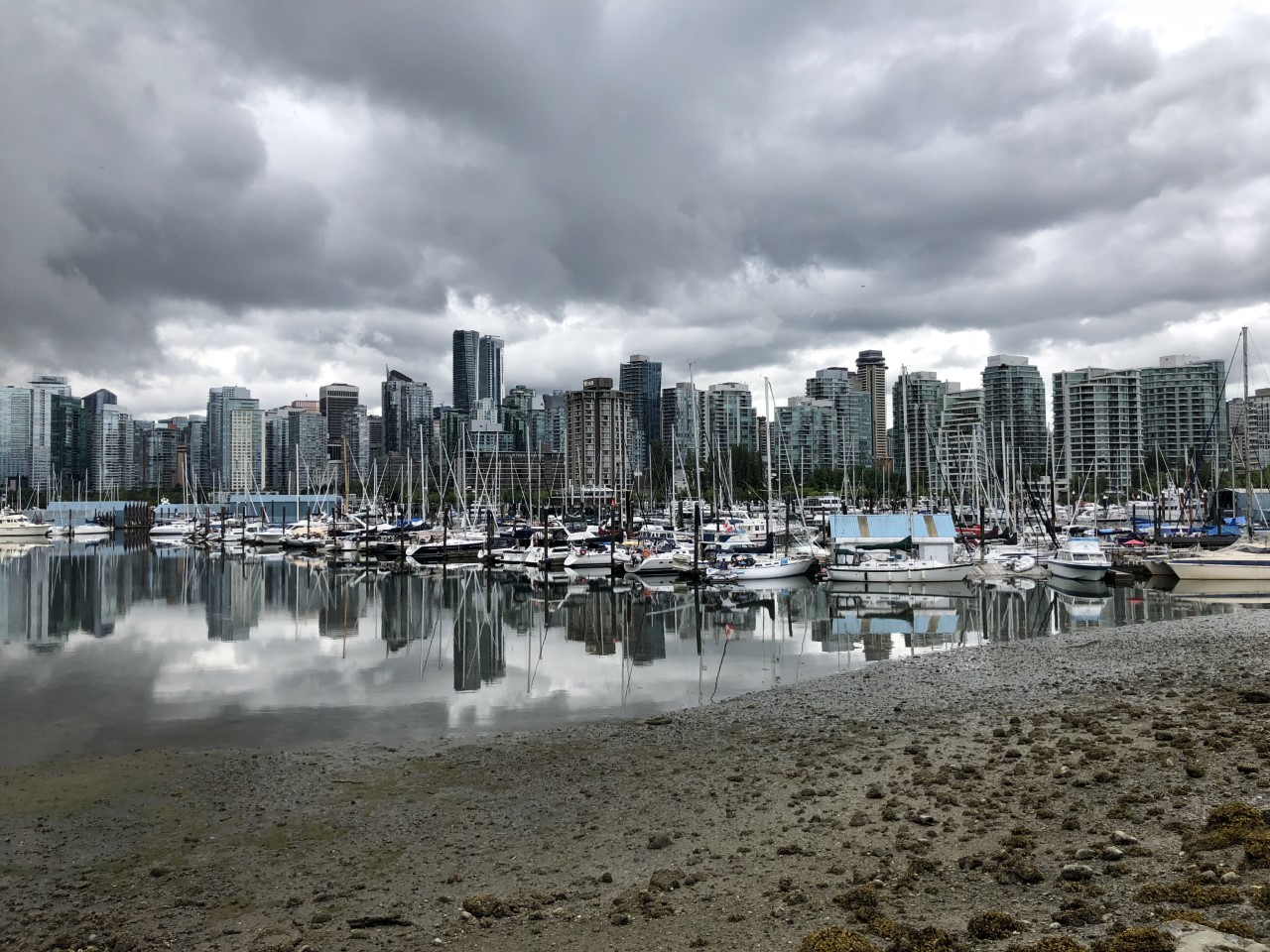 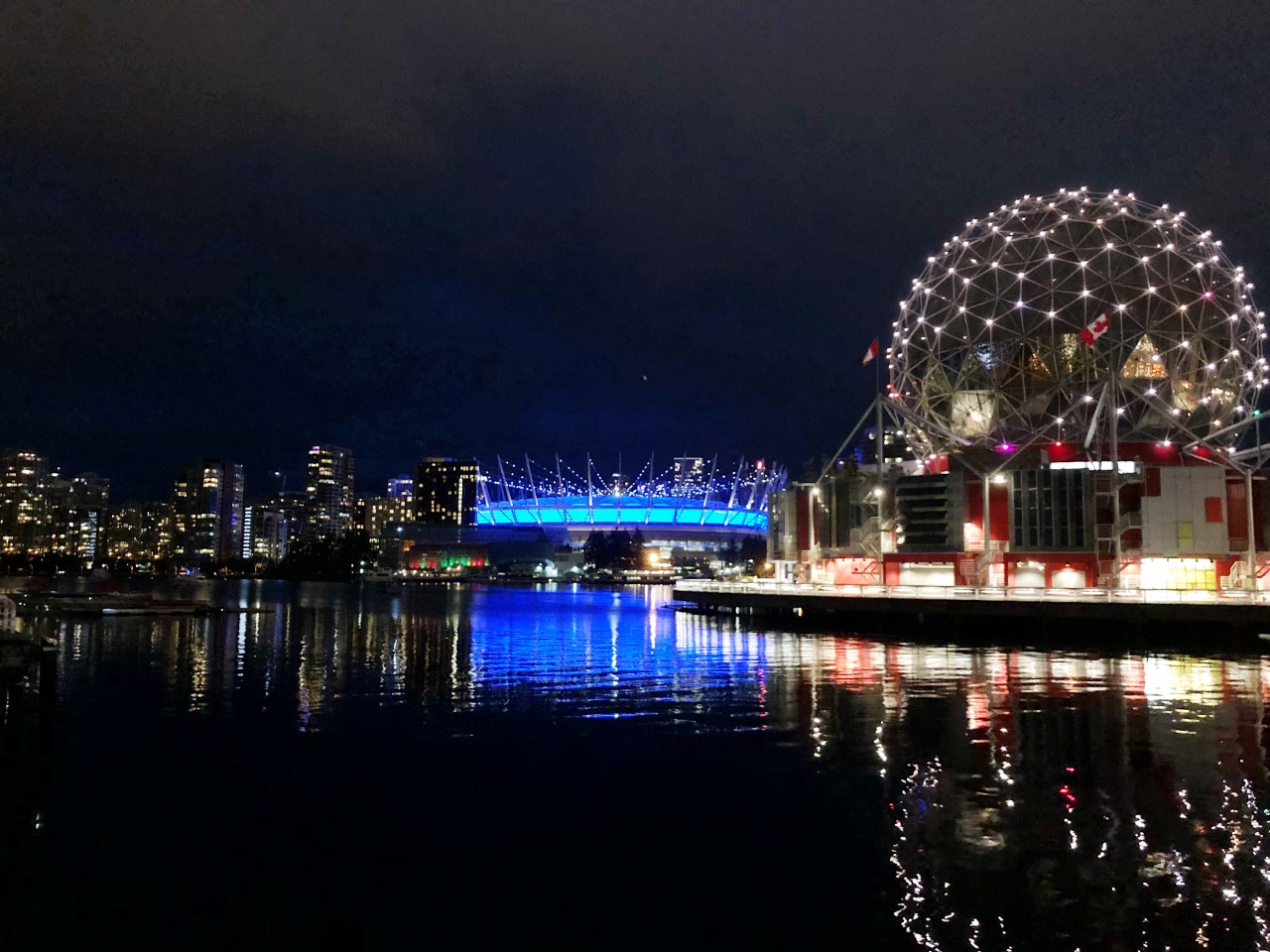 Its been nearly 2 whole months since I got back from my 2 week trip from Vancouver to Calgary, so it’s definitely time I wrote about it and shared all my thoughts, tips and tricks! For a little background I went on the special departure Trek America Mountie trip from Vancouver to Calgary, camping with 2 nights in a cabin, ending in Calgary with a bonus day at the famous Calgary Stampede. Most Trek trips start on a Monday but recommend that you get there on the Sunday (or before) as typically you’ll be meeting your Trek Group nice and early at 7:30am on the Monday. You don’t want to risk missing the start due to any unplanned delays etc, and it’s always nice to settle into a different timezone and country/continent before a jam packed trip starts.

I decided to make the most of going all the way to Canada by flying out Saturday morning. I was quite lucky with how my flight times worked out as I left the UK at 10:05am on the Saturday from Heathrow and landed in Vancouver at 11:30am on the Saturday (bit of time travelling) which meant that I had half a day on Saturday and a whole day on Sunday to explore Vancouver by myself. After I landed in Vancouver and spent over an hour queuing to get through a pretty long and hot customs queue I managed to get myself to my hostel by 1pm, and out the door exploring by 1:30pm, the perfect way to start my solo 48 hours (just under!) in Vancouver. 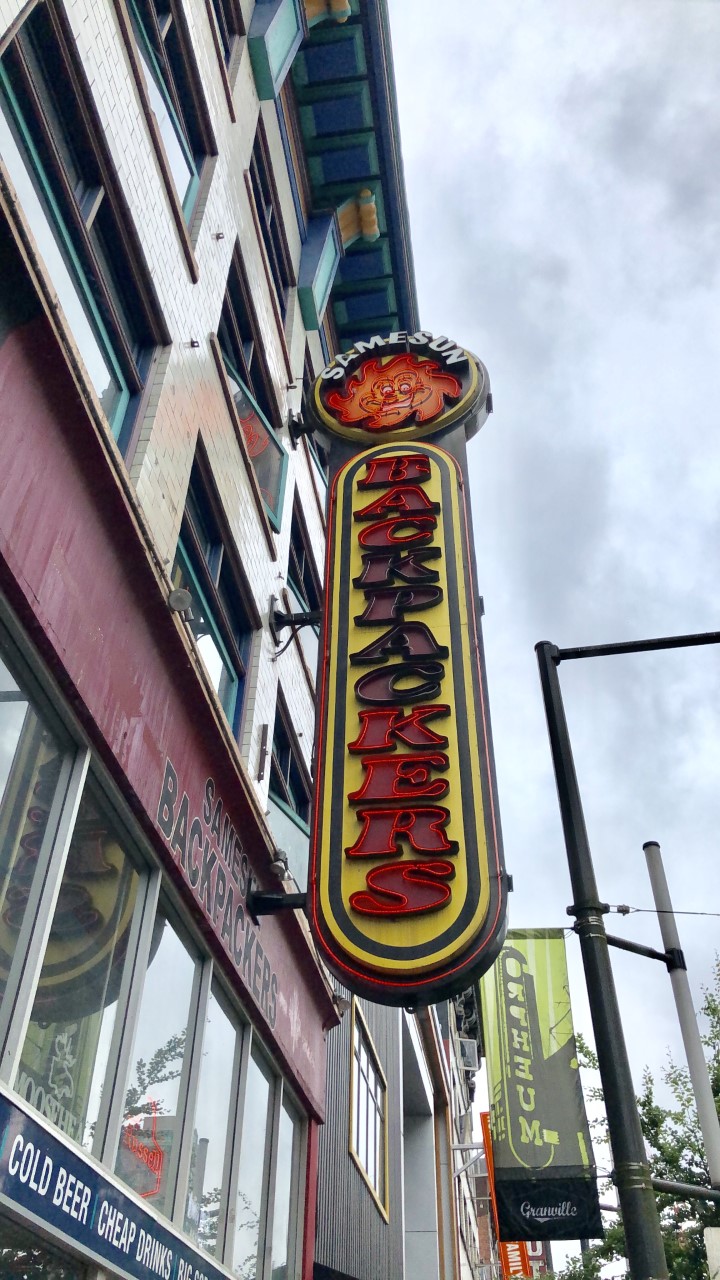 With Trek trips you’re giving the option to stay in the gateway hotel where the trip starts from to make things easier, but I decided to go for a more fun and cheaper option by opting to make my own travel arrangements and so I stayed at the SameSun Hostel on Granville Street. I found the hostel through a combination of recommendations from friends and twitter, and looking through hostels in Vancouver on my favourite hostel site, Hostelworld. I paid $122CAD for 2 nights and this included an EPIC breakfast (every type of bread, bagel, croissant, and condiment possible, alongside juices, coffee and teas), decent wifi and the usual bed linen etc. The showers were pretty decent, and my 4bed female dorm was a pretty decent size with big lockers, a big room fan, and small individual fans for each bunk. A nice touch! The staff at the Samesun were so nice and helpful, after I rocked up at 1pm on the Saturday with no internet data I asked them to point me in the direction of Stanley Park, and off I went. The lobby area of the hostel also featured a fully stocked pub/bar area and some pub snacks and upon checkin I was given a 2for1 drink voucher which went down a treat.
I found getting around Vancouver super super easy, simple and inexpensive. To get from Vancouver International Airport I simply hopped on the local transit Canada Line Sky Train to Vancouver City Center, walked 3 blocks South along Granville Street to 1018 Granville Street and I was greeted b the giant neon SameSun sign! It was super easy getting the skytrain, the views were really awesome and it was affordable – I simply swiped my contactless Revolut card (like in the UK) and that was my ticket!
As well as getting the Sky Train I got a few buses, and these were all super simple too. Just make sure you have some change ready, or again – swipe that contactless card! 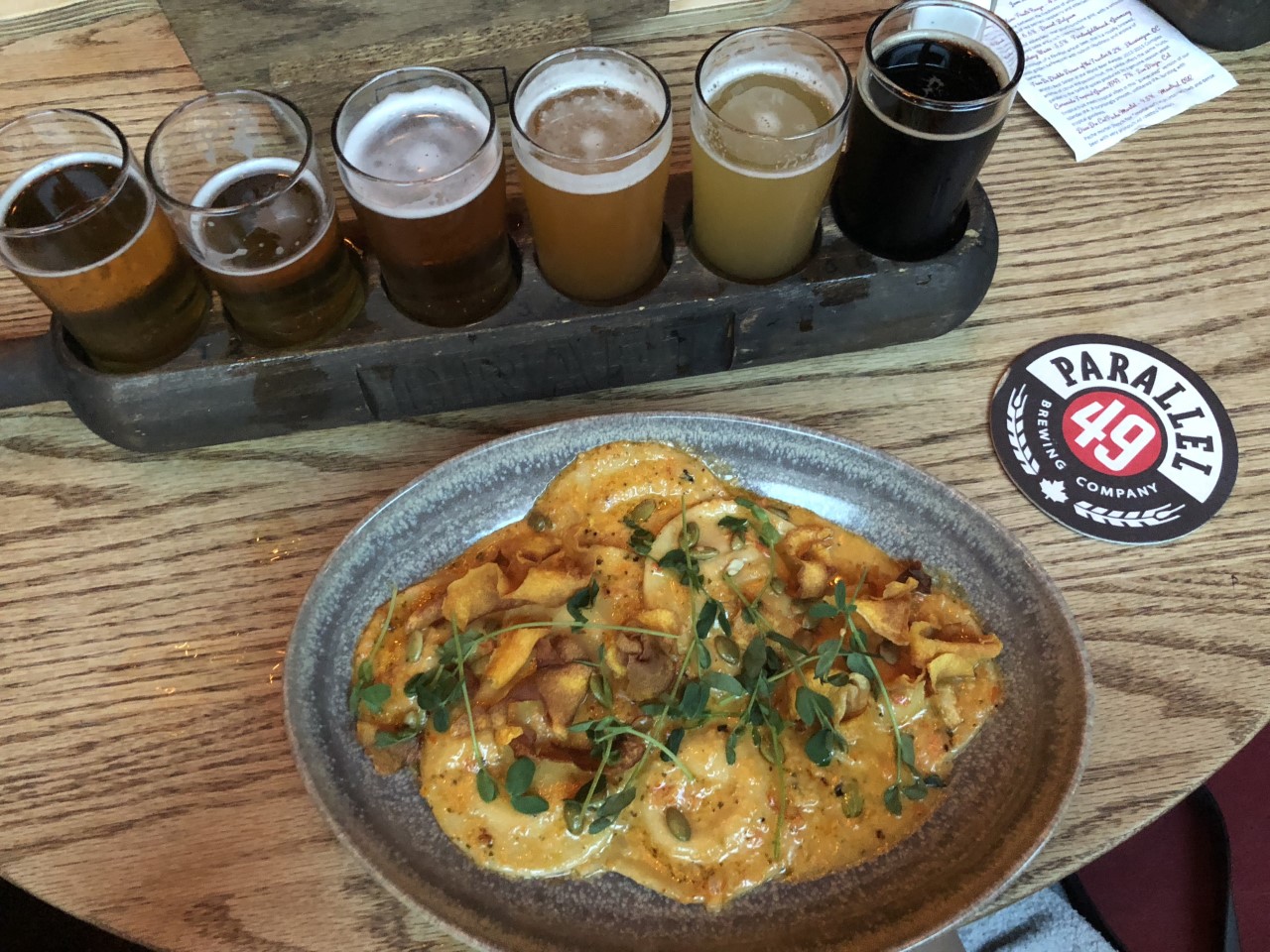 The SameSun Hostel is also attached to a bar area called The Beaver which is super handy if you don’t fancy venturing too far and need to grab something to eat or drink. However before heading to Vancouver I did my research and made a google map with all the places people had recommended to me, and I tried some out. On my first night I met up with a girl on my trek trip who was also in town early and we walked over to the Craft beer market on 85 West 1st Ave and wow was it an experience! The Craft Beer Market is home to Canada’s largest selection of draft beer and my friend and I both decided to go for a Keep It Local Six Pack Sampler each, which featured 6 local draft beers on a paddle! $11.95CAD was an absolute steal, and a really fun experience too – something I definitely recommend giving a go. The place was humongous and the atmosphere was super fun, from couples on date nights, girls out for dinner, people out to party, watch the football or chill out, it was all going on. On the way home we stopped by the Science Centre and wow the views were gorgeous! It wasn’t something I ever planned on seeing, but Vancouver by night is really something else and it was a gorgeous way to see the city all lit up on the water.
Although I had made plans to try out lots of cool food places in Vancouver, due to all the fun I got up to – I didn’t end up ticking any restaurants off of my list but I was totally okay with that, as I spontaneously discovered a few fun places that I stumbled across, such as the Craft Beer Market.
I obviously tried my first Tim Hortons in Vancouver and the Salted Caramel Ice Cap became my go to, with some Timbits too – an absolute MUST TRY. Essentially Tim Hortons is kind of a more novelty McDonalds crossed with a Krispy Kreme but because you just can’t get them in the UK and the coffee is actually pretty decent, I was all over them like a rash.

I decided to spend my half day in Vancouver wandering down to Stanley Park. I had such a lovely time as I walked via Nelson Street (thanks to the lovely Hostel staff!) which was filled with quirky houses, stopped by a Tim Hortons for my first ever and made my way to the Lost Lagoon and the Totem Poles. It was a nice way to spend the day as I had just spent 9.5 hours sitting down! I managed to walk over 12 miles, but I saw raccoons, turtles, squirrels, geese and some epic stormy Vancouver skylines. I love exploring a city with a half plan and on foot – it means that if you get a little lost you can ask people for directions and this often a great way to get recommendations from locals! 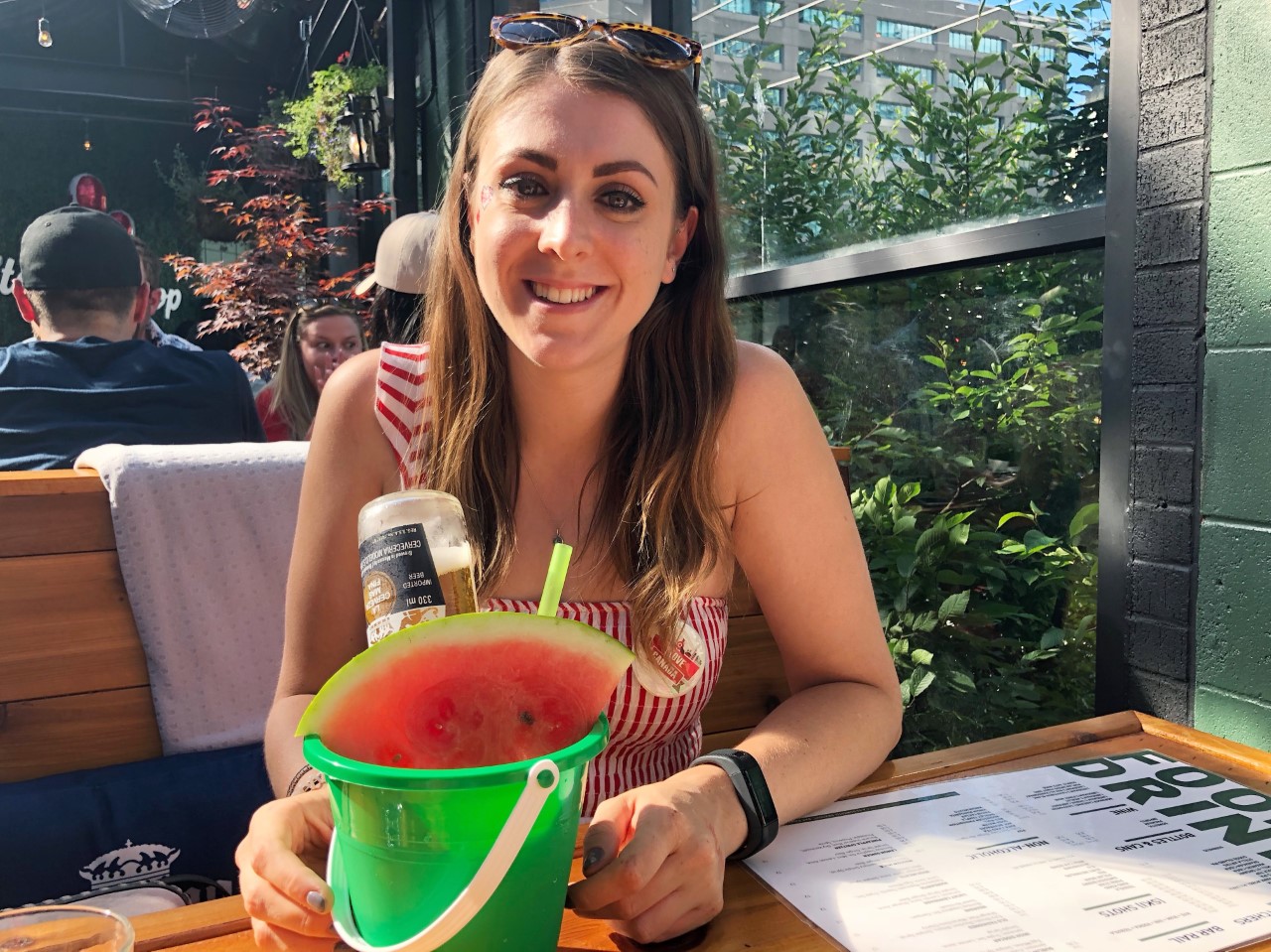 Originally little did I know that I had managed to book my trip to coincide with Canada Day. And little did I know that my full free day in Vancouver would be on Canada Day! As soon as I decided to do the Mountie and stay in Vancouver for a few days I just HAD to book myself onto a whale watching trip. I love a bit of David Attenborough and I’ve always wanted to see Killer Whales in the wild! Vancouver is meant to be one of the best places in the world to go whale spotting, so I did my research and after chatting to Natasha Atlas decided to go for a 3-6 open boat whale watching tour with Wild Whales Vancouver. This cost $135CAD. HOWEVER on the morning of my trip, and battling a 6am alarm with serious jet lag, I checked my e-mails to find out that whale watching was OFF THE CARDS. Due to high winds all trips were cancelled. I won’t lie, I was devastated. It’s been a lifelong bucketlist thing I wanted to do. After having a mope over a  creamcheese bagel I met my trek pal from the night before and tagged along with her for the day and we had a GREAT day. Things really do work out for a reason. We ended up hiking, exploring, going across terrifying bridges, chasing buses, eating delicious takeway pizza and ending the day on a rooftop terrace drinking Bulldogs. Things really do have a way of working out for the best eh! 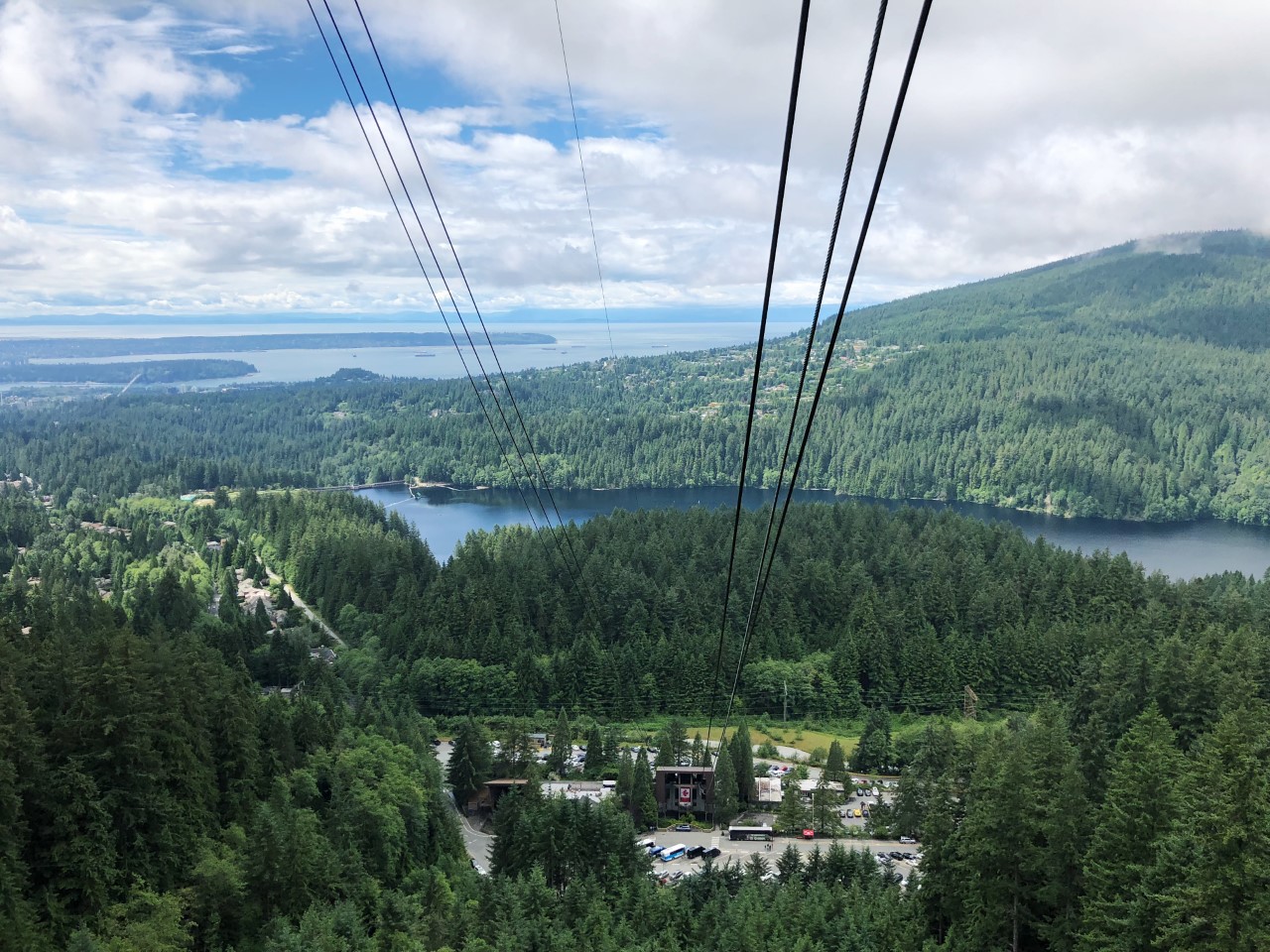 When my friend Jen said she had a hike up a mountain planned, little did I know that it would be an extreme 2.9km vertical trail hike up the face of Grouse Mountain, commonly referred to as “Mother Nature’s Stairmaster.” Distance wise 2.9km/1.8 miles doesn’t sound like much, but when you’re faced with an 853m/2,800 feet elevation gain with a total of 2,830 steps – its a whole different hiking game! It was definitely tough. It was hot. It was humid. It rained. We stopped for several breaks. But we did it in just over 1.5 hours which was a pretty good effort because oh my! I was super glad we did it and although the views at the top were just of the clouds, it was a great feeling – and what a way to conquer Canada Day! After we mooched about the top, we got the skyline back to the bottom and the views as we came out of the cloud mid way down were breath taking.

Our Canada day adventures didn’t stop there as we headed back down the road to the Capilano Suspension Bridge Park – a park containing one giant wooden suspension bridge, and a few other in tree bridge experiences. We had a great time, and yet again I was reminded how much I don’t actually like heights. It was a pretty fun way to finish our day off , not an essential Vancouver attraction but the views were great and it was a fun novelty attraction.

After we had worked up an appetite hiking and touristing we headed back to the hostel to refresh and recharge before heading back out for the evening! We decided to try out the Irish bar on the corner, Dublin Calling as it had a rooftop bar area and the sun was shining. We managed to nab a booth, met another Trek buddy and settled in with Bulldogs! Bulldogs are a novelty to me, but essentially I was handed a giant green plastic bucket, filled to the top with a fruity frozen margarita with an upside down Corona plugged into it. It was delicious, on offer and a novelty – my favourite!

We had plans on heading to Canada Place to watch the fireworks but we were all jet lagged, the rain was chucking it down out of nowhere, and we had about 1.5 hours to kill – so we called it a night before meeting the next morning to make our way to the start of our Trek trip.

I absolutely adored my 48 hours in Vancouver and although I was gutted my whale watching didn’t work out, I ended up having an incredible day and I can attempt whale watching again another day eh.

I’d love to go back to Vancouver to try out more restaurants and see more of the city from a more relaxed approach now that i’ve ticked off a few of the main tourist type things to do.

Have you been to Vancouver?

Getting festive with Moonpig

Preparing for Veganuary with …