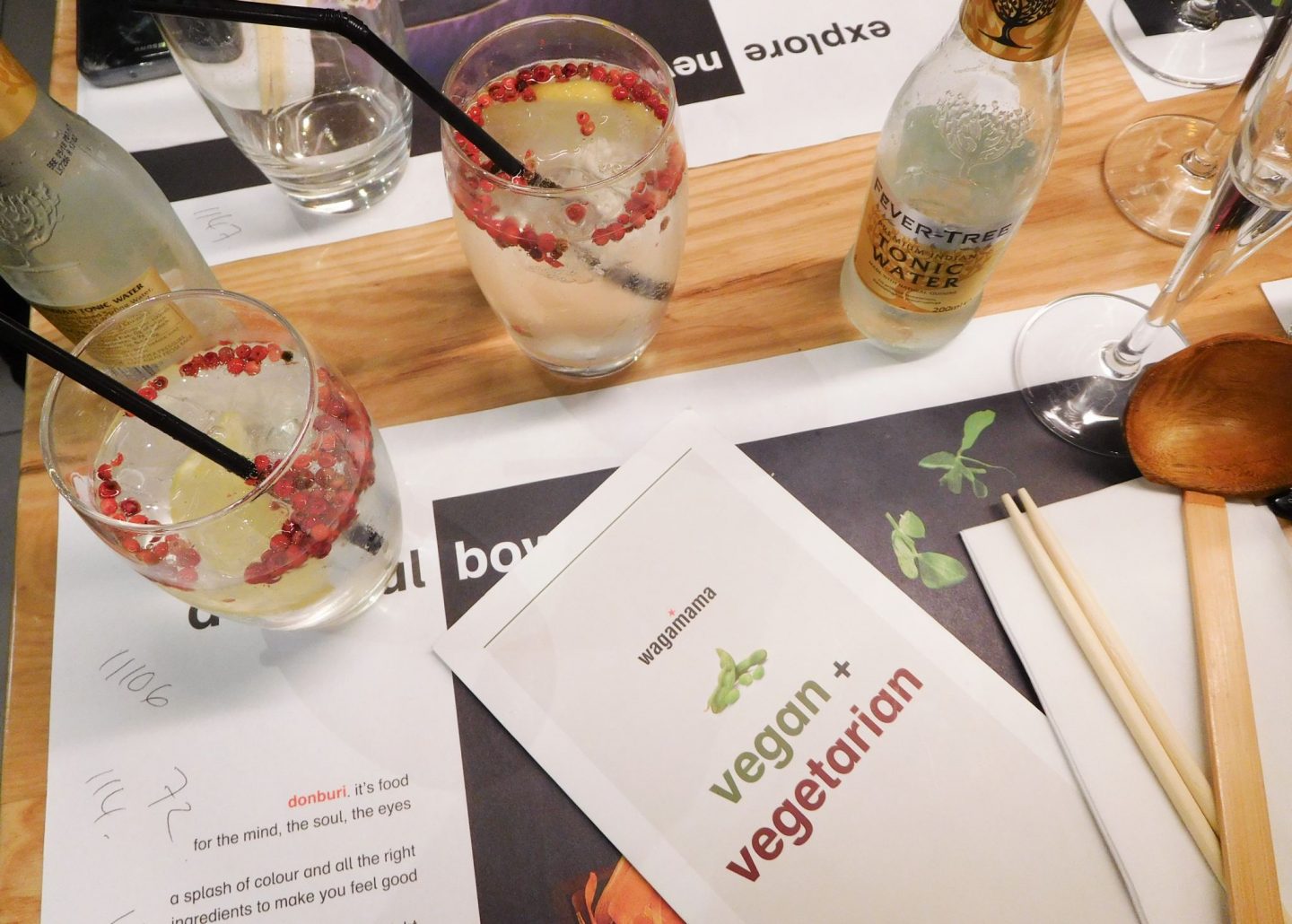 I’ve been Vegetarian since the beginning of the year (post on that here) and after an early on drunken slip up (I ordered an Italian BMT in Subway) and maybe accidentally tripping and eating 2 steaks in Croatia, it’s been pretty plain sailing. I often find that vegetarian options in a lot of restaurants can be more exciting and interesting than your standard slab of meat and fries. And the new vegan and vegetarian menu at Wagamamas is certainly exciting and enticing.

I was really invited down to the Reading Wagamama for an introduction to the new menu and it was such a lovely evening. We were joined by various members of the Wagamama team, including Karl Thompson, the development chef. It was so lovely to meet Karl and hear and see just how passionate he is about the new menu. We were also lucky enough to watch Karl whip up the vegan 1123 kare burosu ramen (£10.95) which was delicious. The base of the ramen was a combination of katsu curry (which is actually vegan) and vegetable broth which is the best combo ever. This combined with shichimi-coated silken tofu and grilled mixed mushrooms on a bed of udon noodles in a curried vegetable broth. finished with pea shoots, carrot, chilli and coriander – it was DELISH. 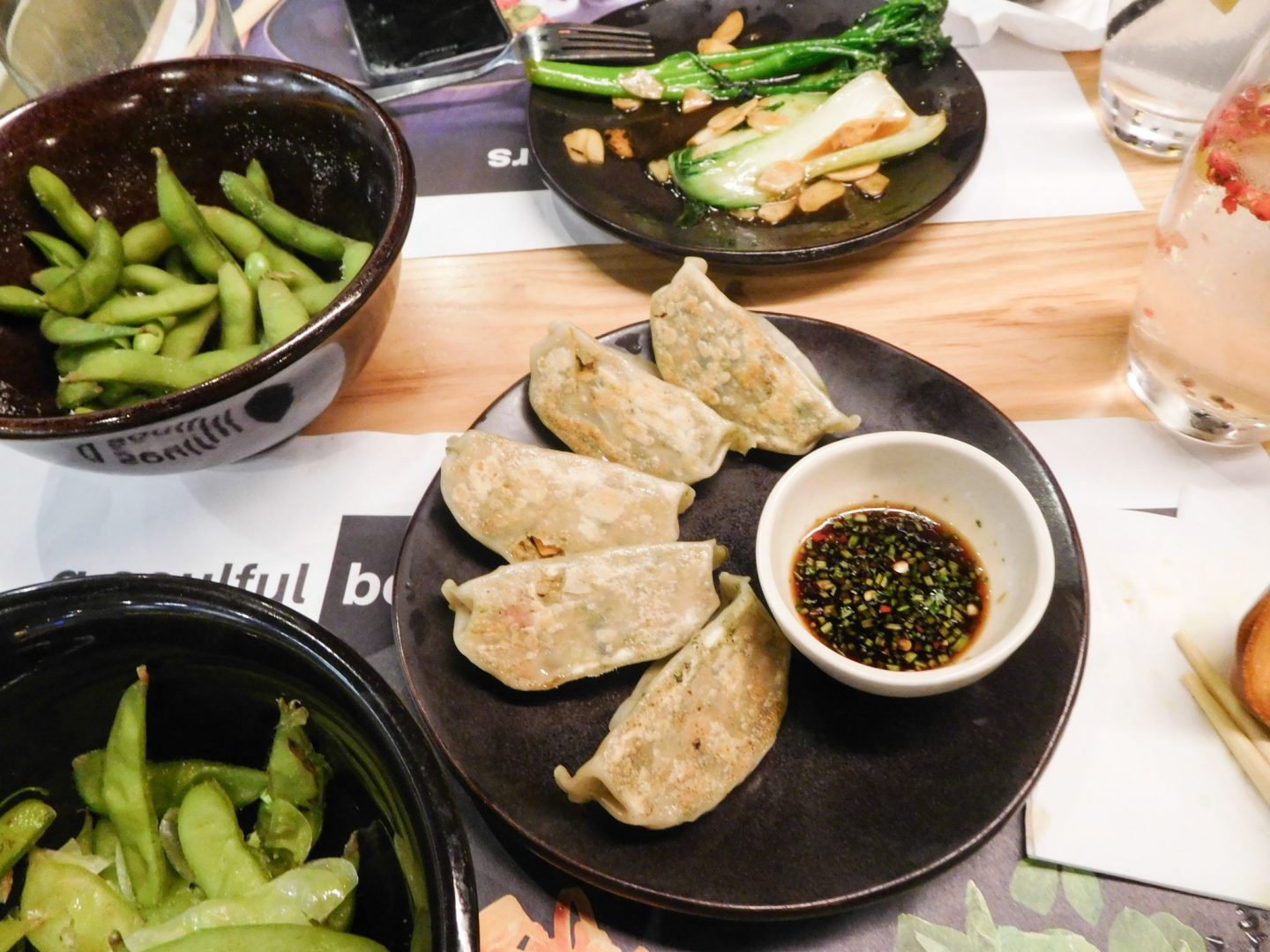 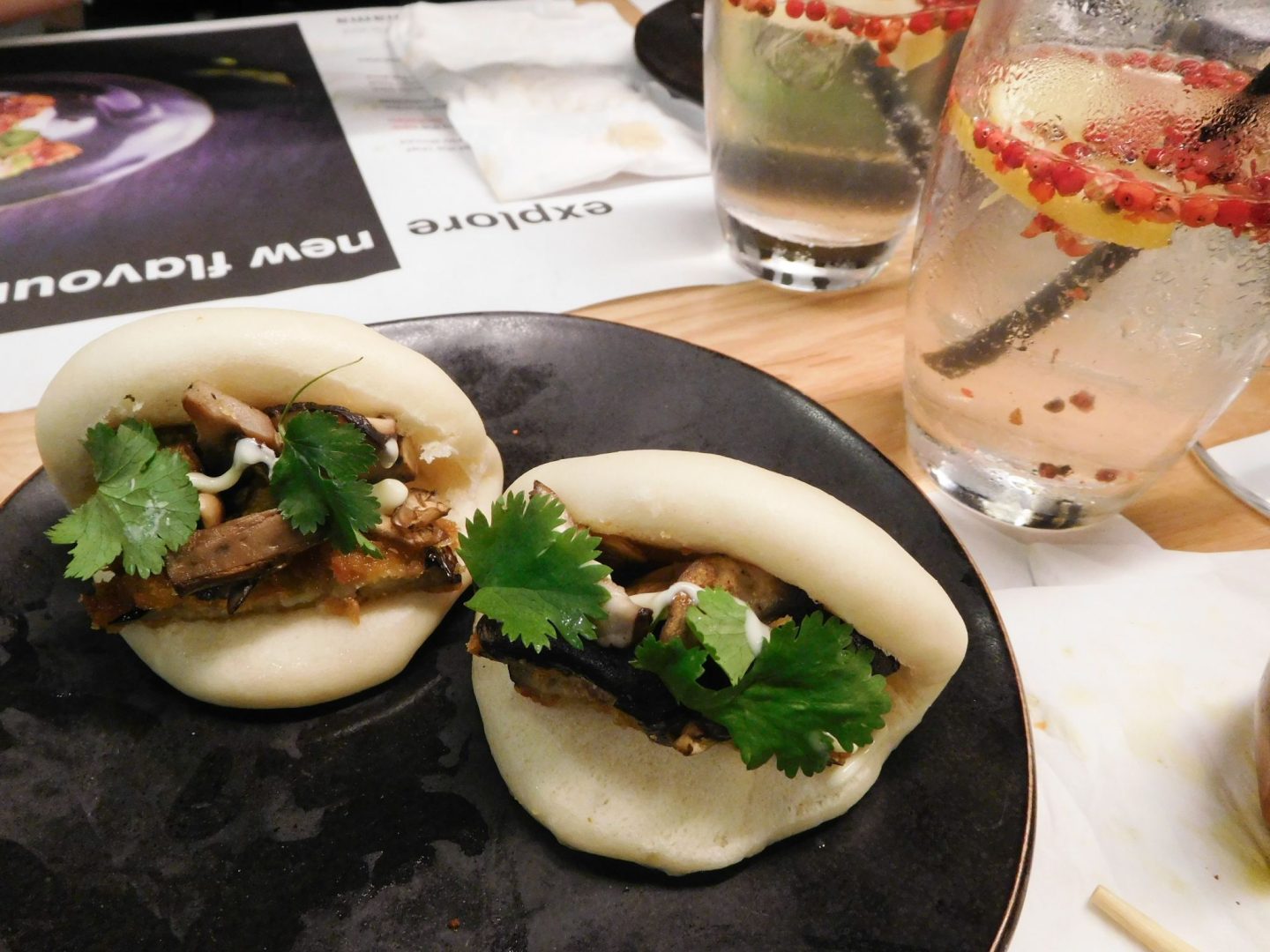 After watching Karl whip up the ramen we were left to order whatever wanted from the menu and myself and my friend Abbi did NOT hold back. To start we went for the 11104 Edamame (£4.50) with salt, with some 11106 Wok Fried Greens (£4.50) – cos yano health, and my two favourites, the 114  mixed mushroom and panko aubergine hirata steamed buns(£5.25) and 11101 Yasai Gyoza (£5.75). I could easily go in for a nice little lunch and order a few of the starters and that would easily fill me up. The buns were SO soft and flavourful and the gyoza were also lovely and soft, with a lot of texture from the selection of vegetables that they were filled with. I’m still thinking about the buns and gyoza. 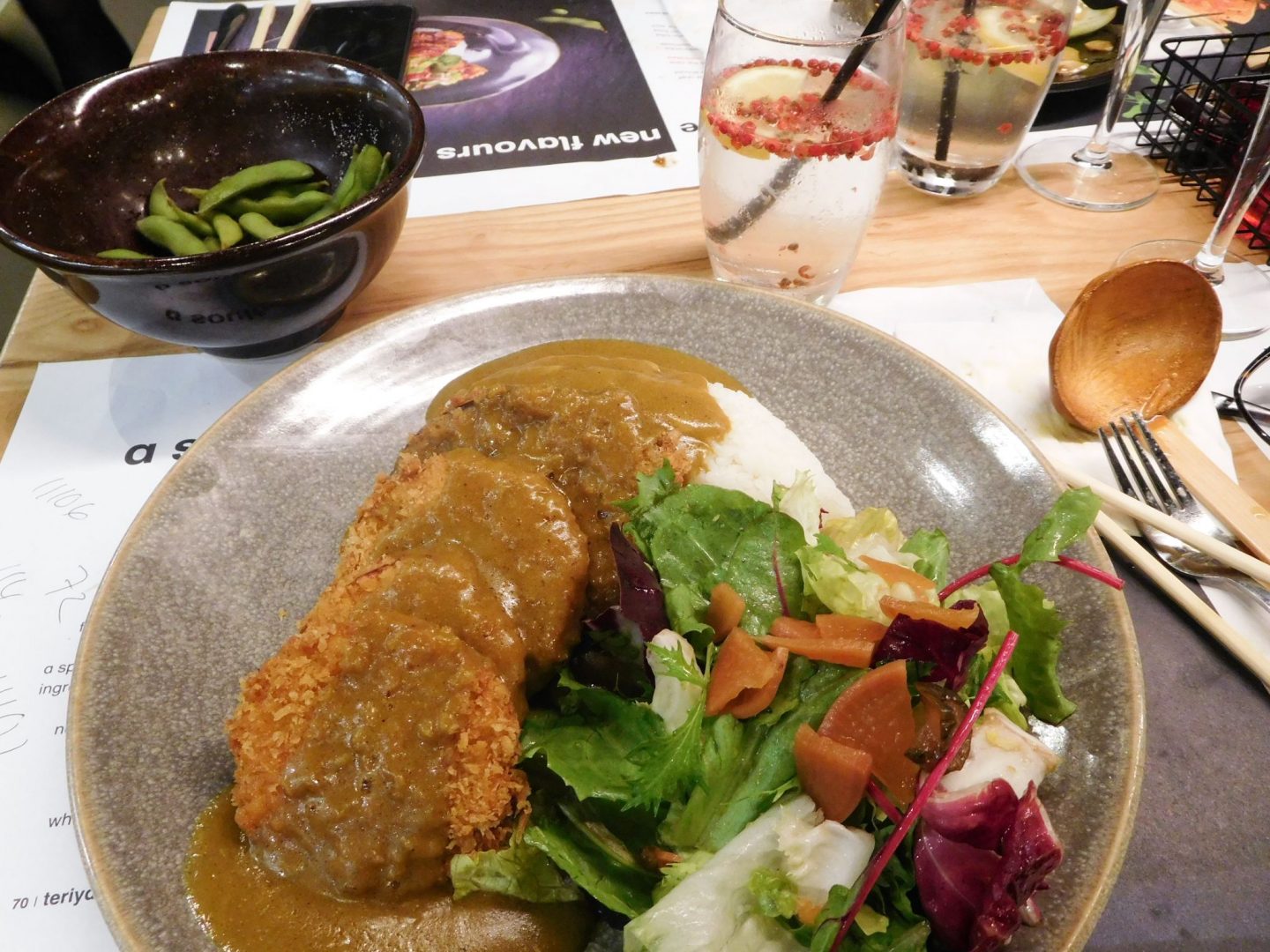 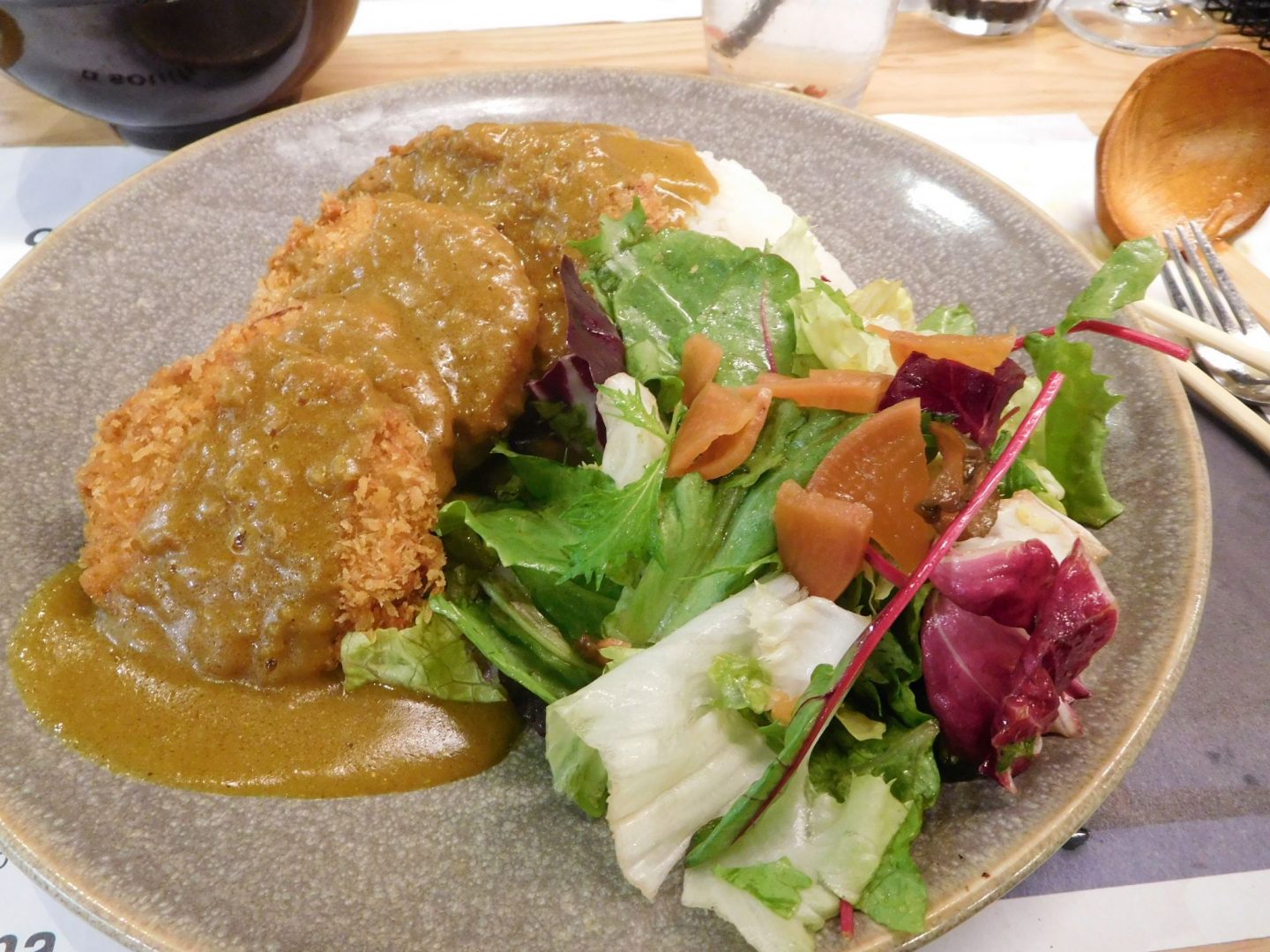 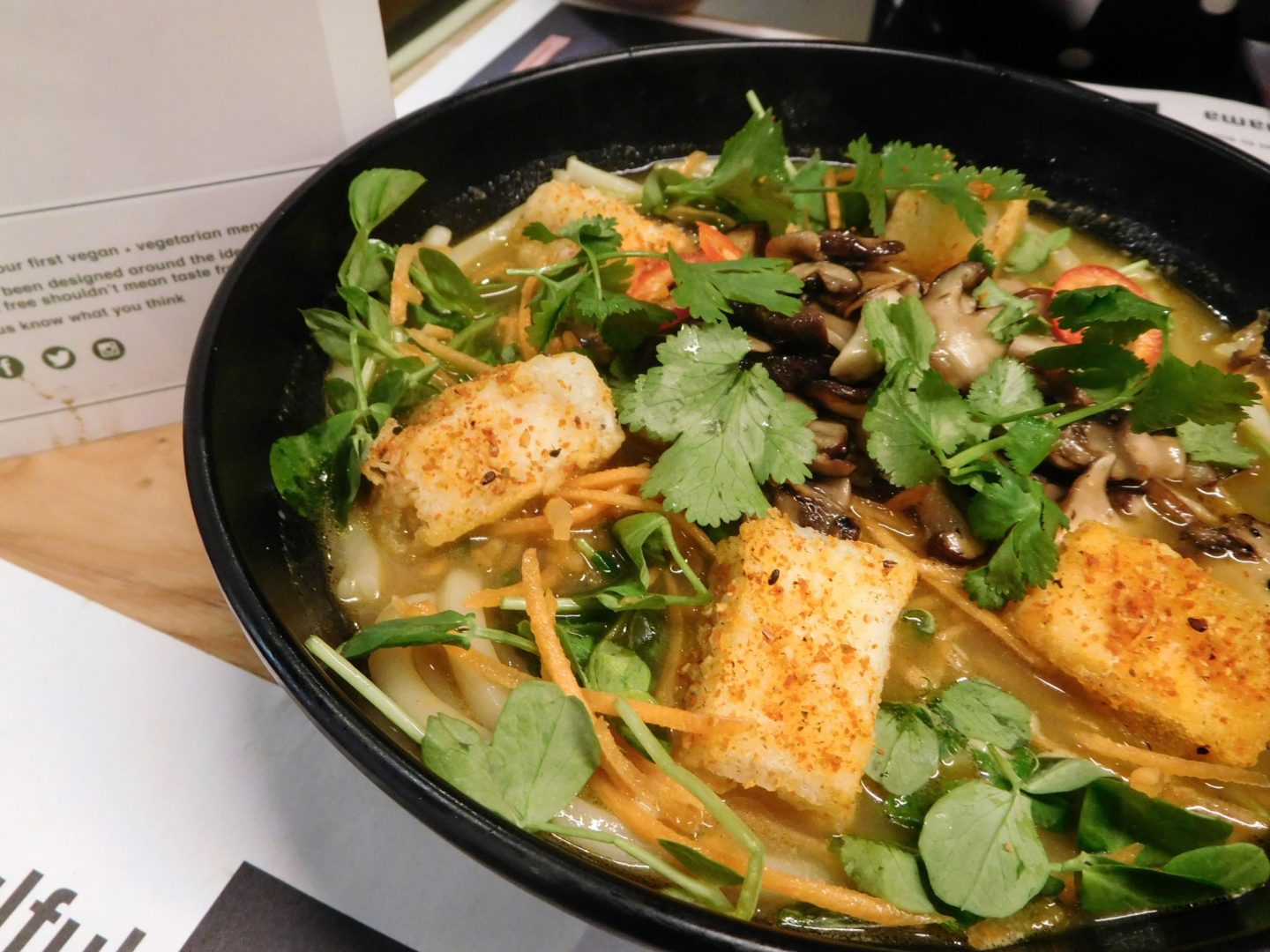 After sort of but not quite filling up on our feast of starters I went for the classic Yasai Katsu Curry (£9.75) and my friend went for the vegan Yasai Pad Thai (£9.75).  I love a yasai katsu curry but omg that Katsu Curry I had that night was the BEST one that I have everrrr had! And after our total vegan/vegetarian feast, we had to finish it all off with some 11122 | pink guava and passion fruit sorbet (£4.25) and a portion of the 128  salted caramel ice cream (£4.25) which was served with caramelised sesame seeds and a chilli toffee + ginger sauce – DELISH. We devoured both and they were the perfect way to finish off the night.

Have you tried any of the vegan or vegetarian dishes at Wagamama? Wagamama is definitely up there as one of my fave restaurants, alongside my other current fave – Giggling Squid!

I was invited down to Wagamama for the demo and dinner but all thoughts and opinions are my own.