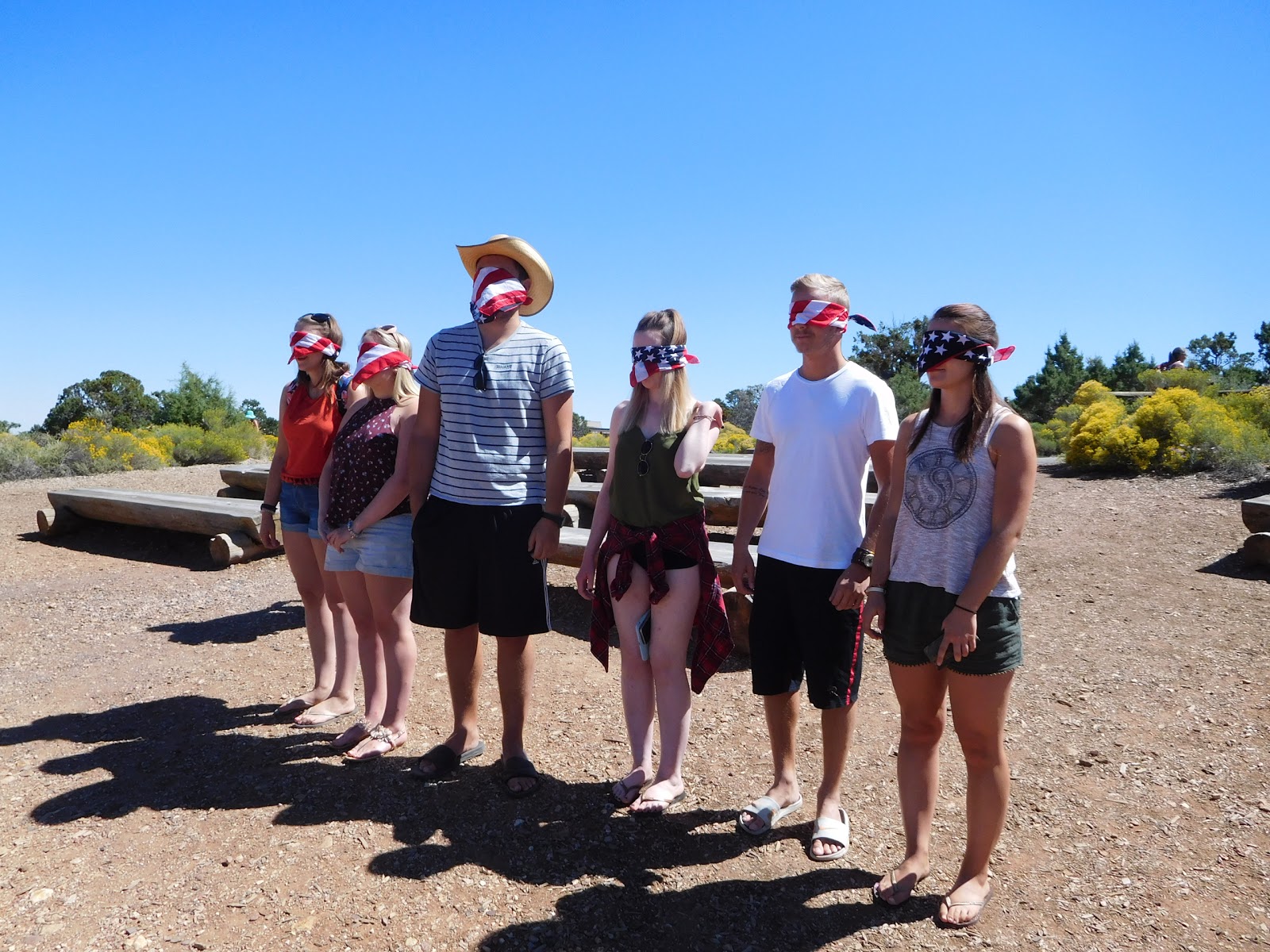 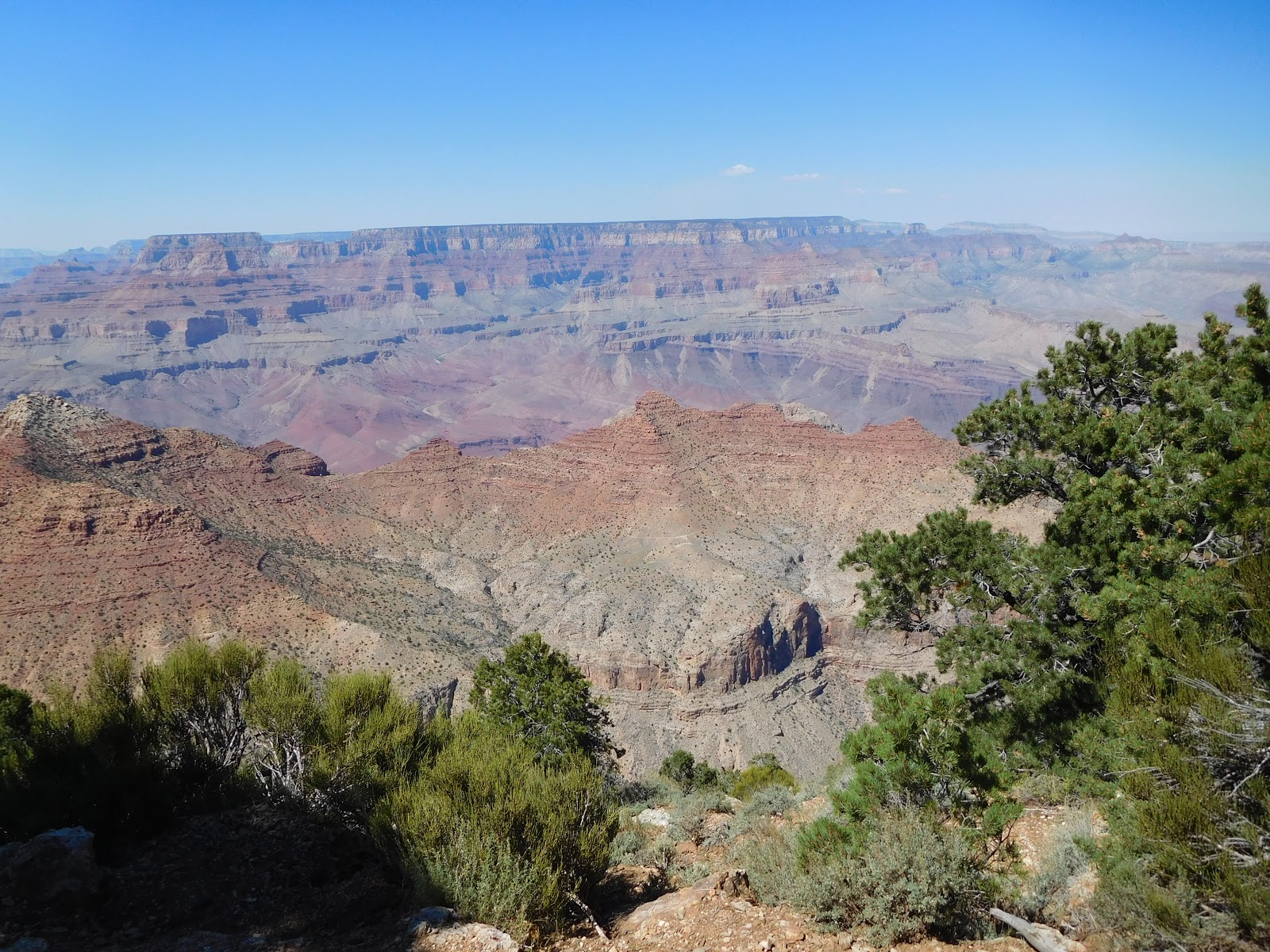 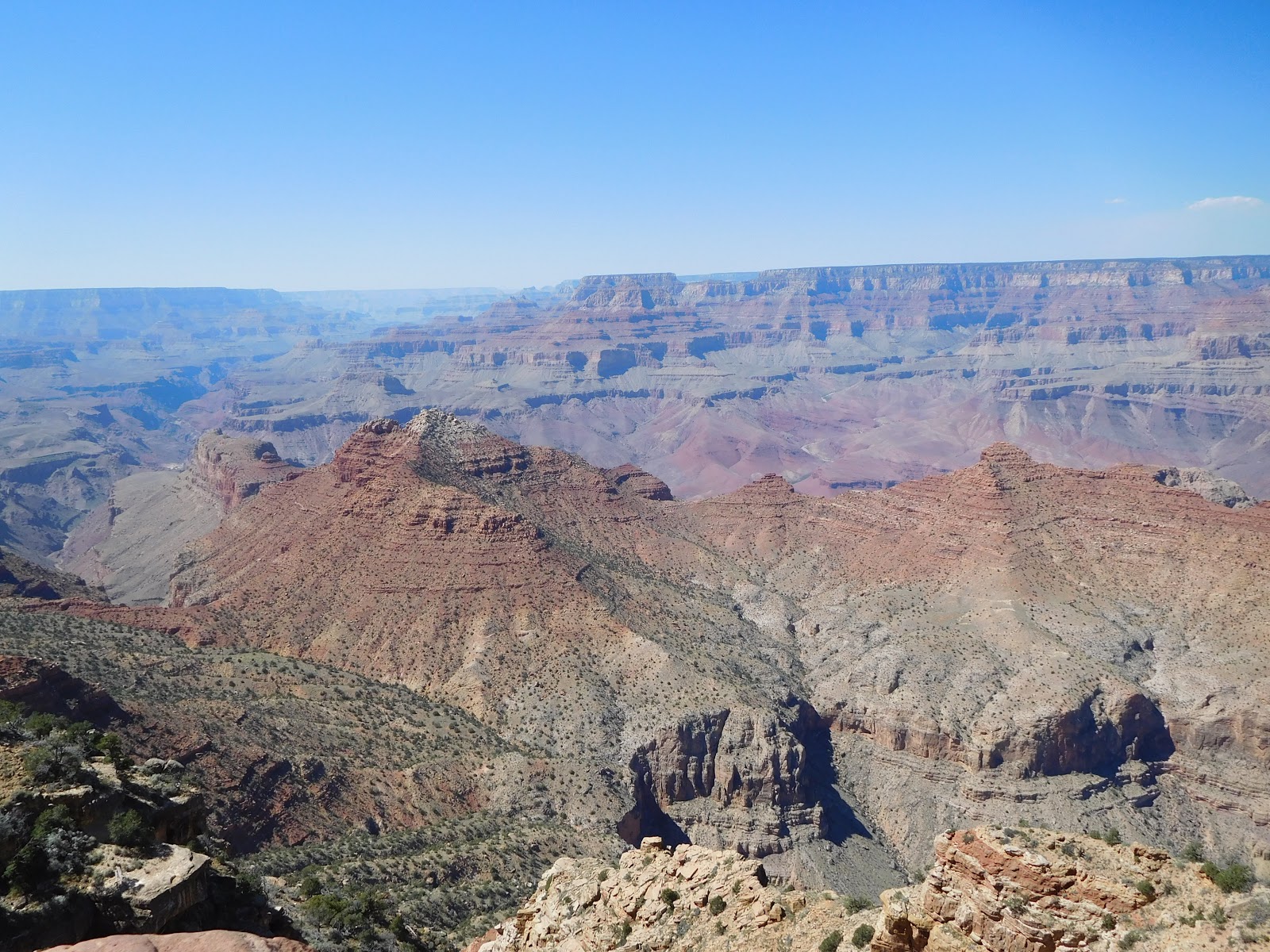 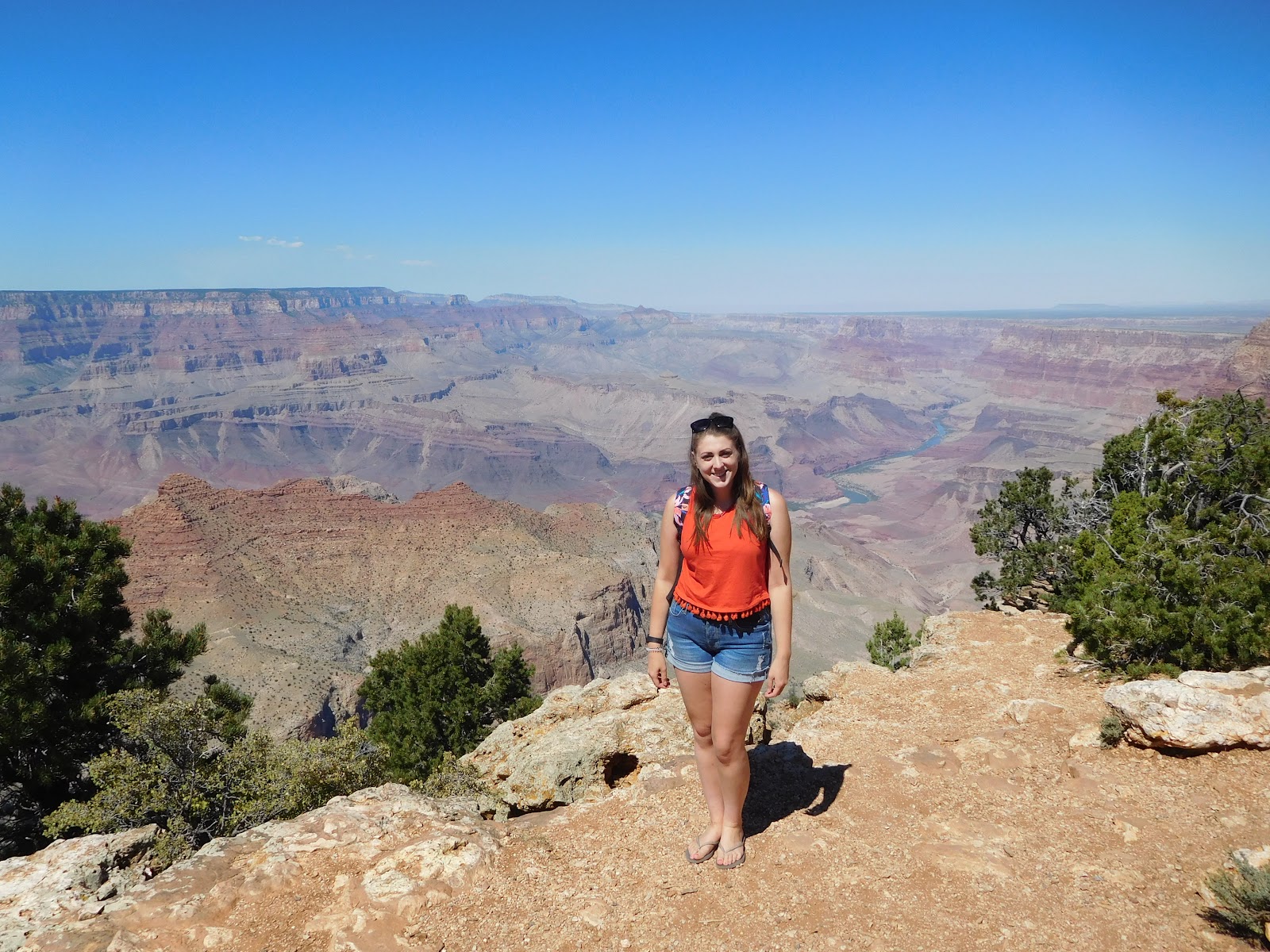 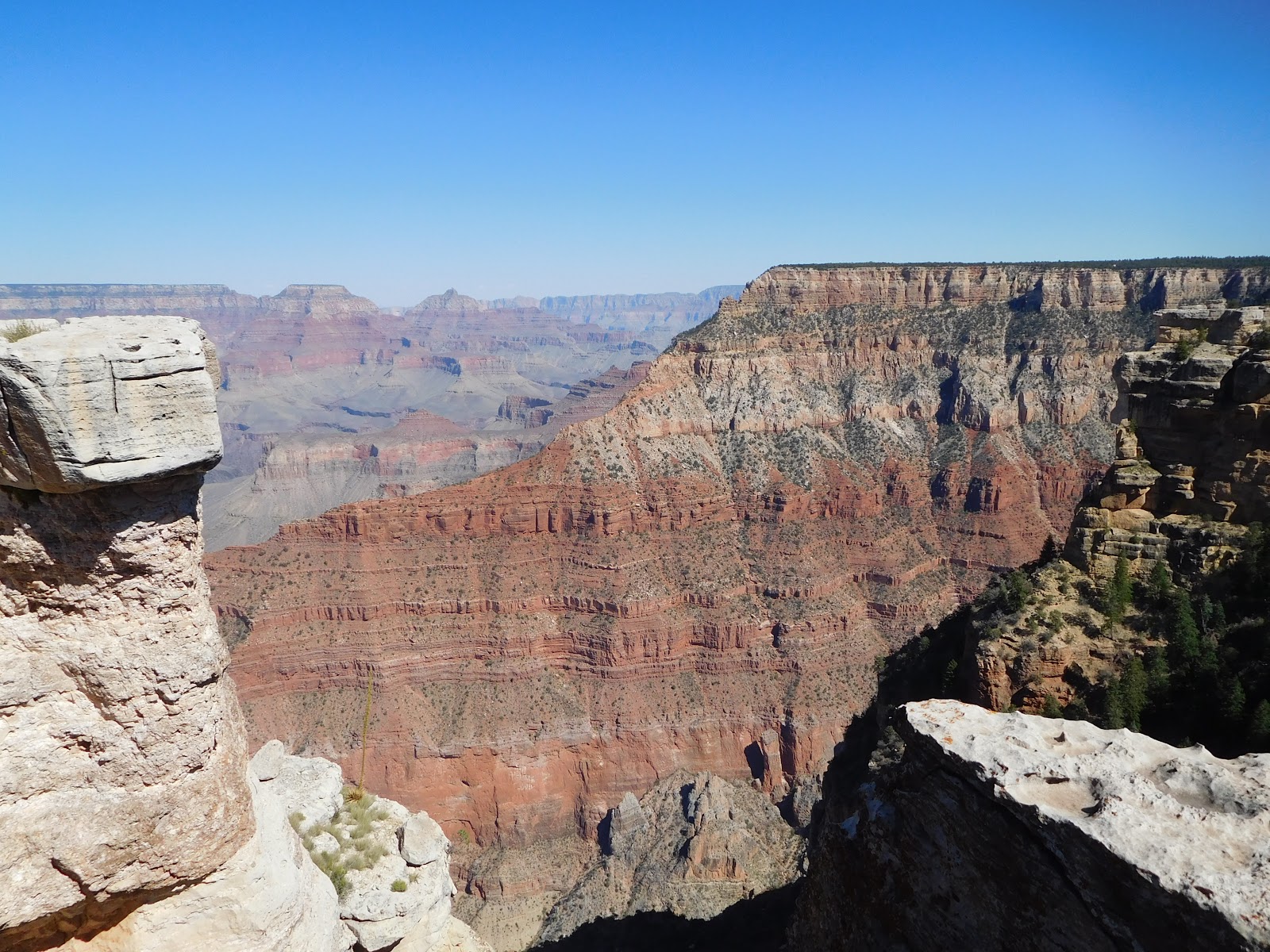 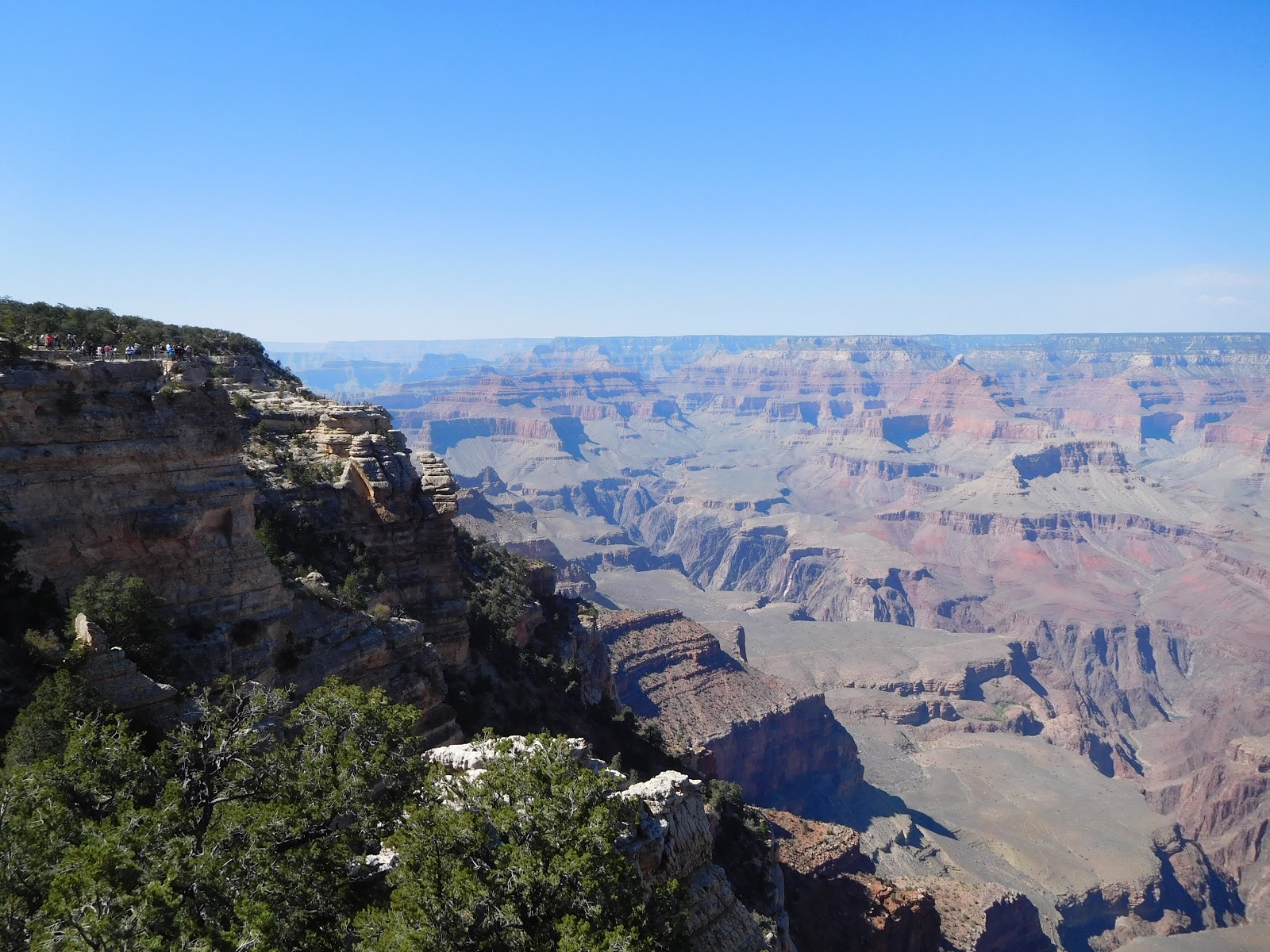 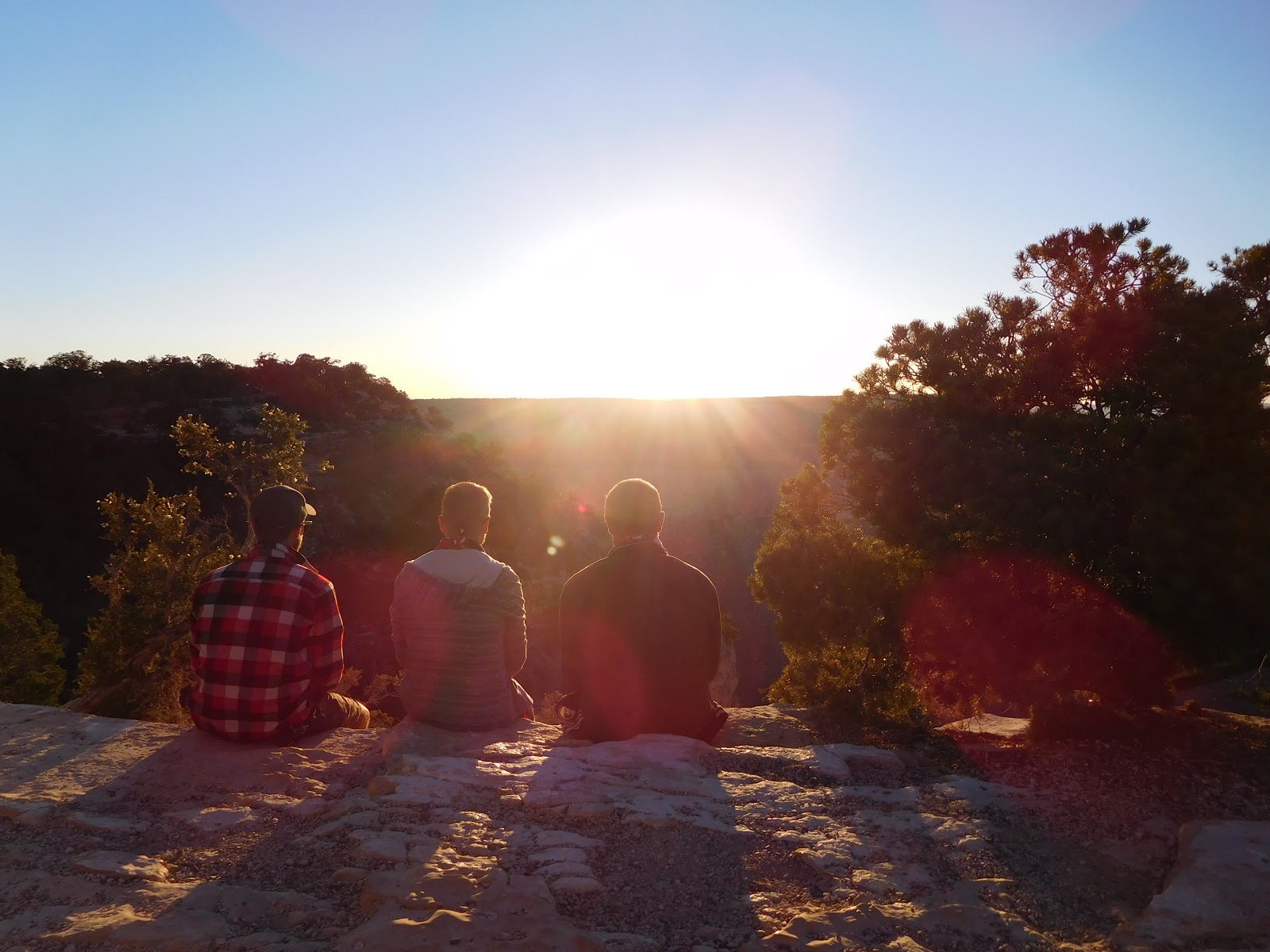 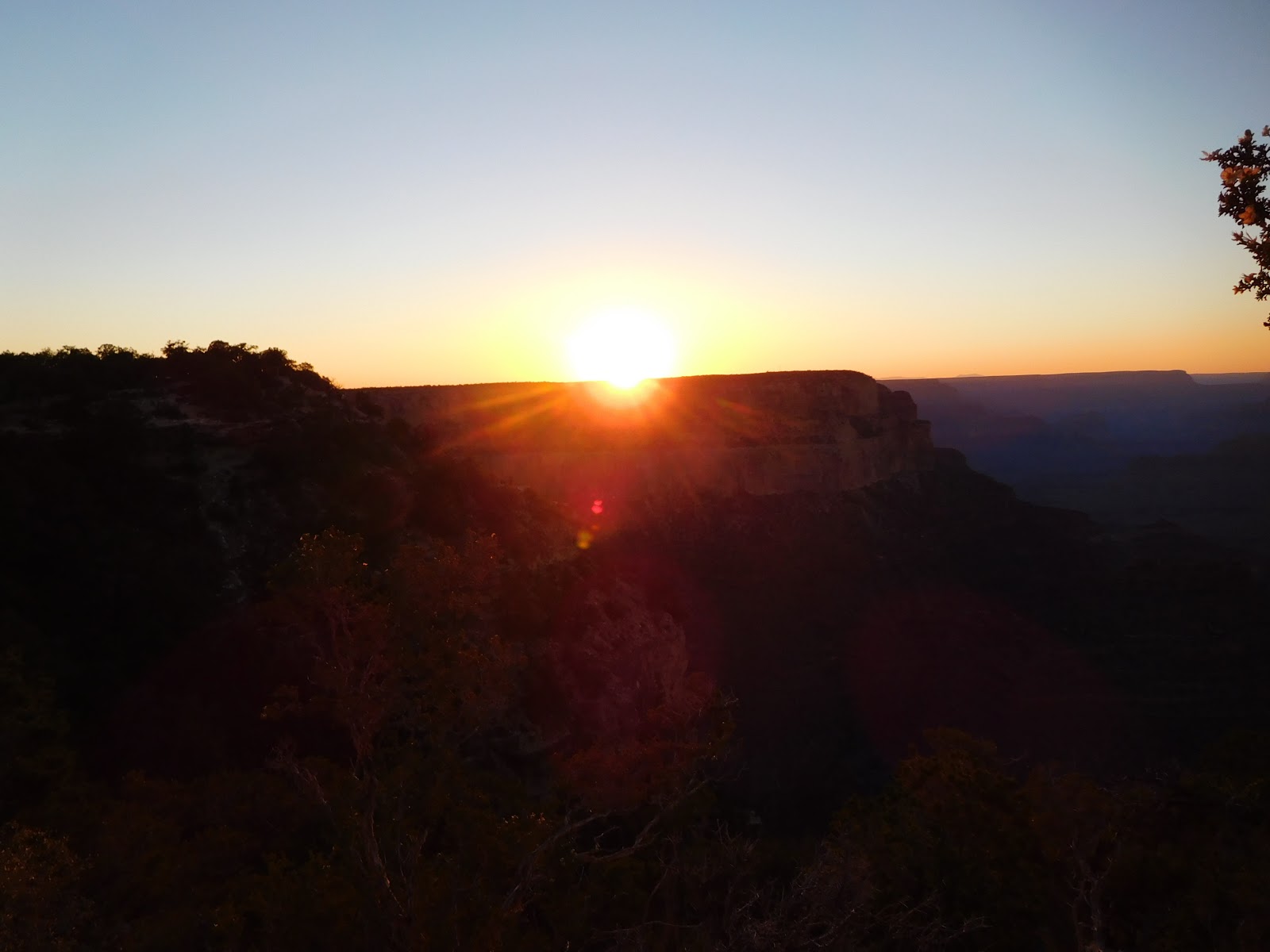 After watching the magical sun rise over Monument Valley we were up and off to The Grand Canyon, or the GC as Hannah referred to it as. On the way we stopped off at the Cameron Trading Post for some touristy bits and nick nacks, had lunch and arrived at the Grand Canyon. Somewhere I’ve wanted to visit since forever. When we arrived, we blindfolded ourselves with our American Flag dust rags from Monument Valley, and Garth arranged us in a conga line, and led us to a viewing spot. We must have looked ridiculous as it took us ages to walk about 4 metres, we were giggling too much. We got to the spot, lined up next to each other, and then we all removed our blindfolds at the same time. The view. I can’t even. It was really incredible, and also kinda quite emotional. After a few f*ck that’s amazing comments, a tonne of incredible photos, and a look around one of the viewing platforms, we went to camp, just a few minutes outside of the park and set up our camp for 2 nights. We explored the camp, went to the liqour store and got some cans for our plastic cups and the Canyon sunset! We had dinner and then headed back into camp in the evening to get a good spot to witness the incredible sun set over the Grand Canyon, and it was amazing. After the sun set we headed back to our camp for one of our coldest nights yet. IT WAS SO COLD. 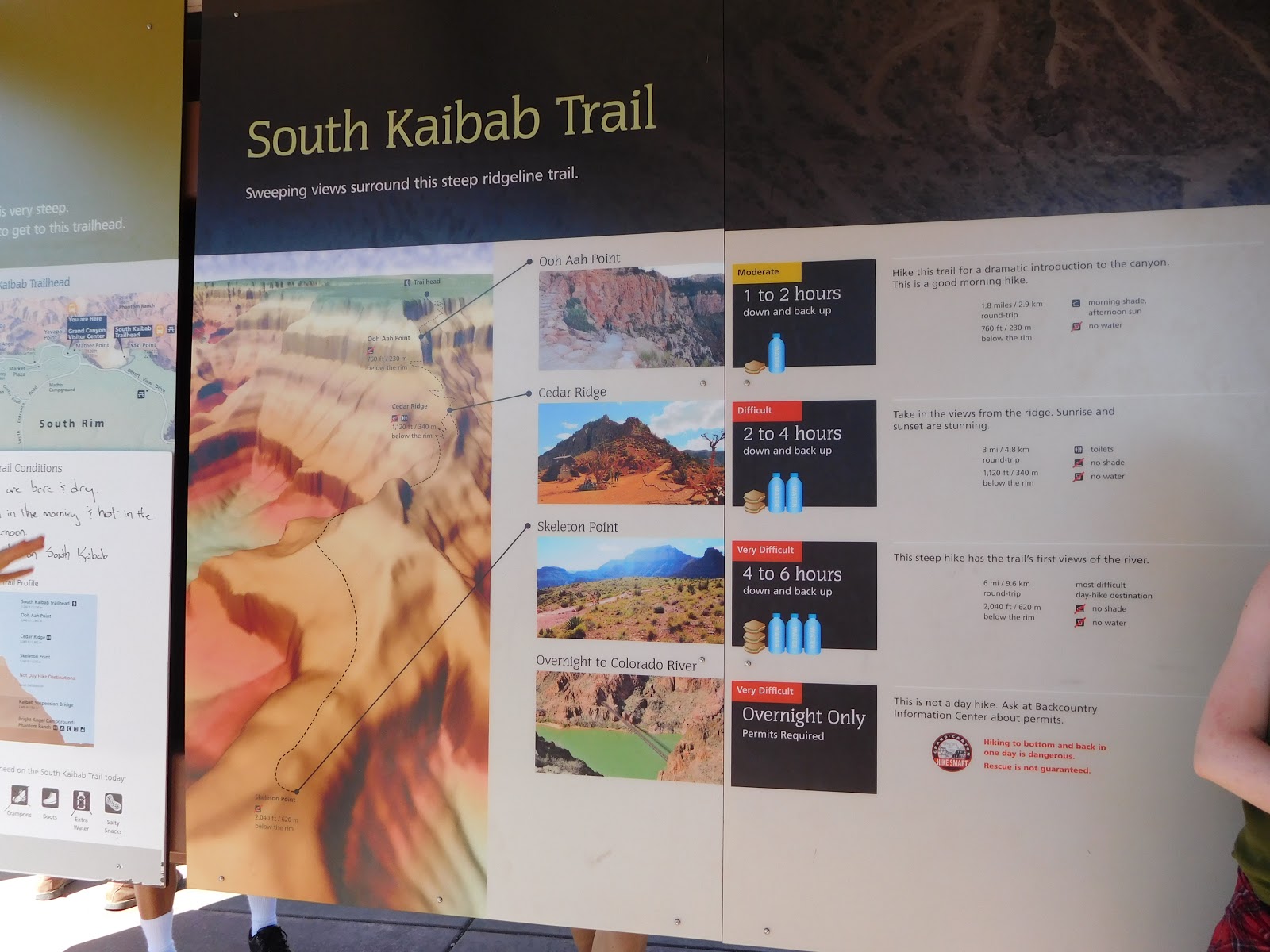 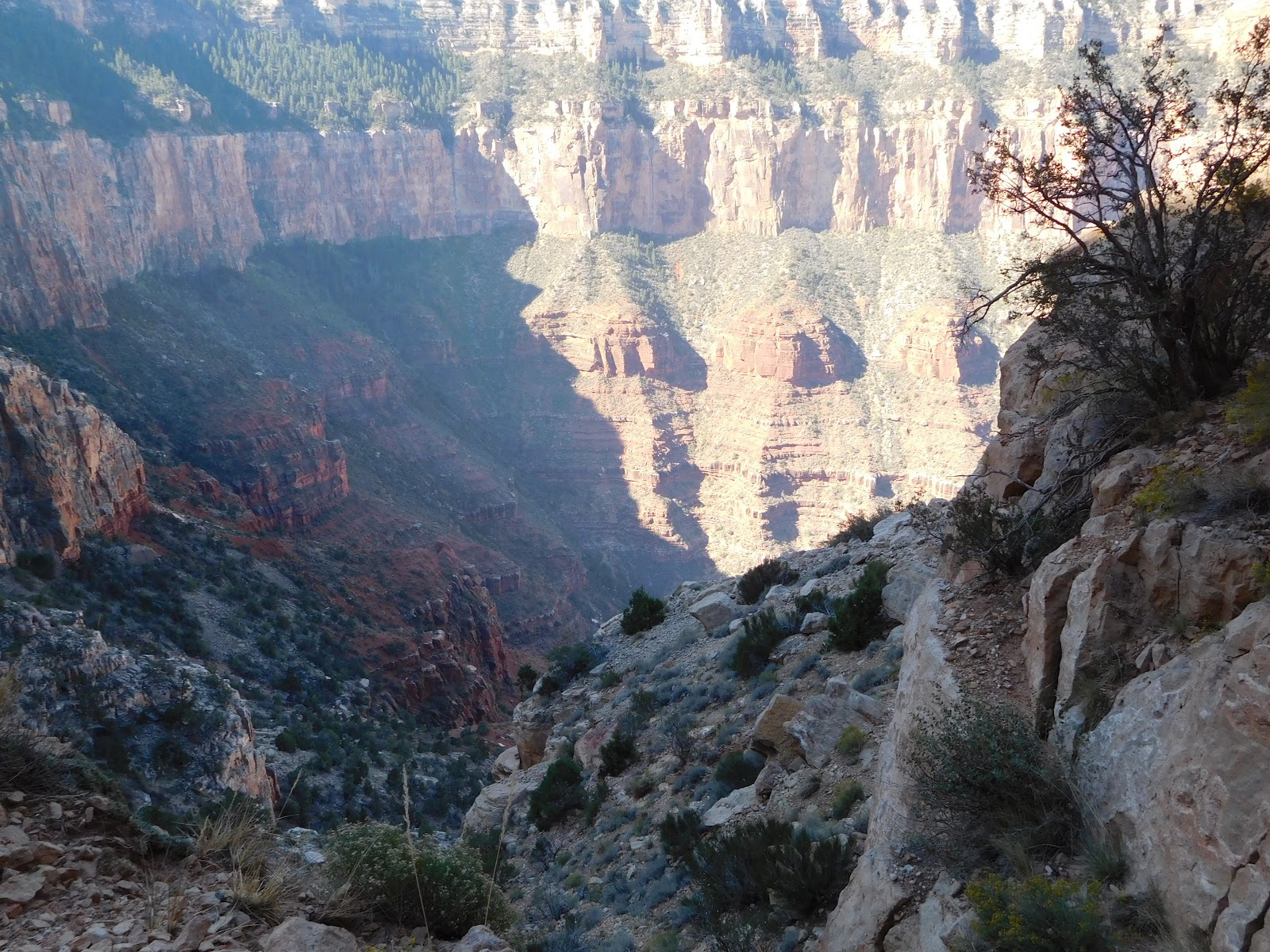 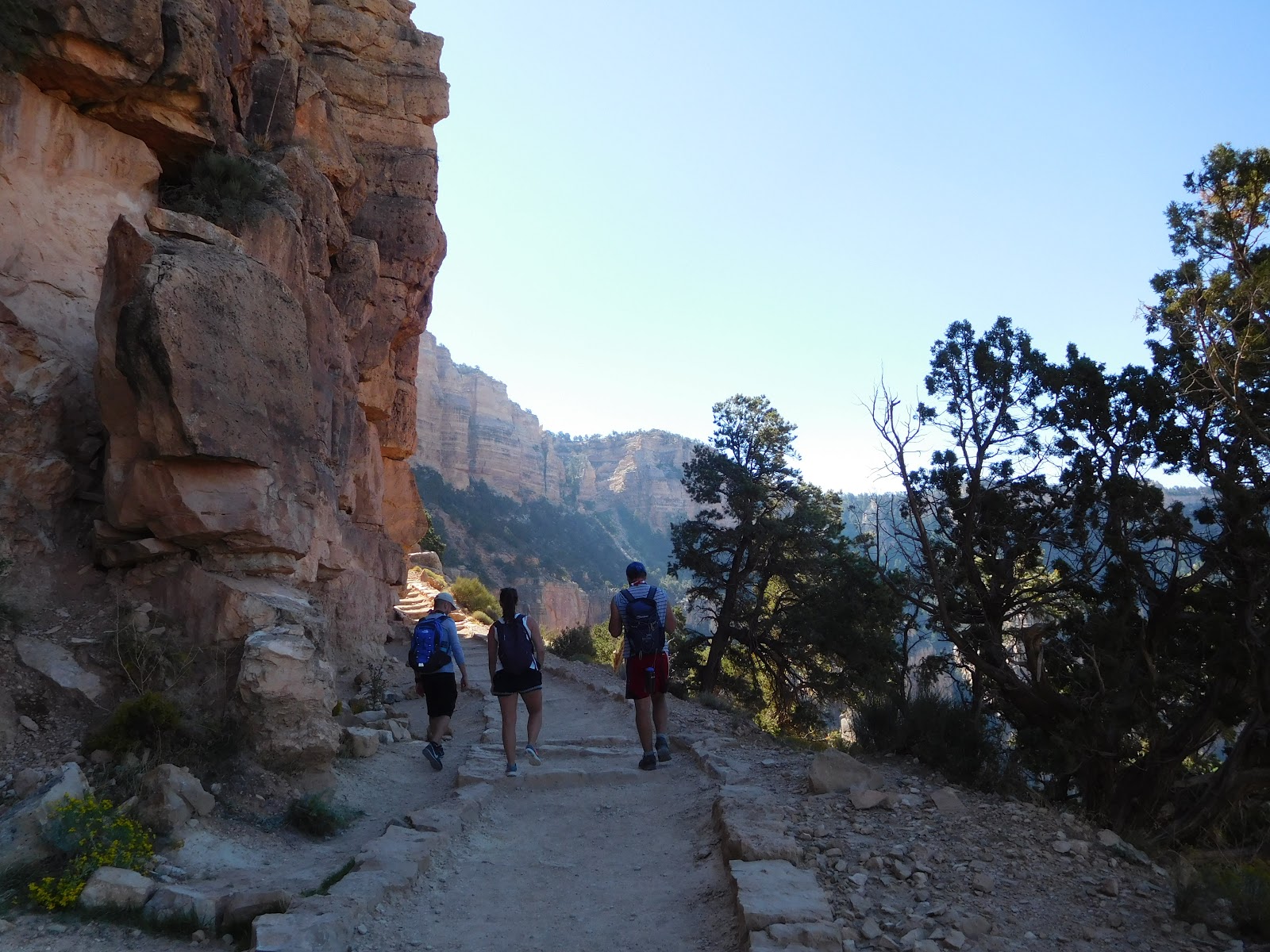 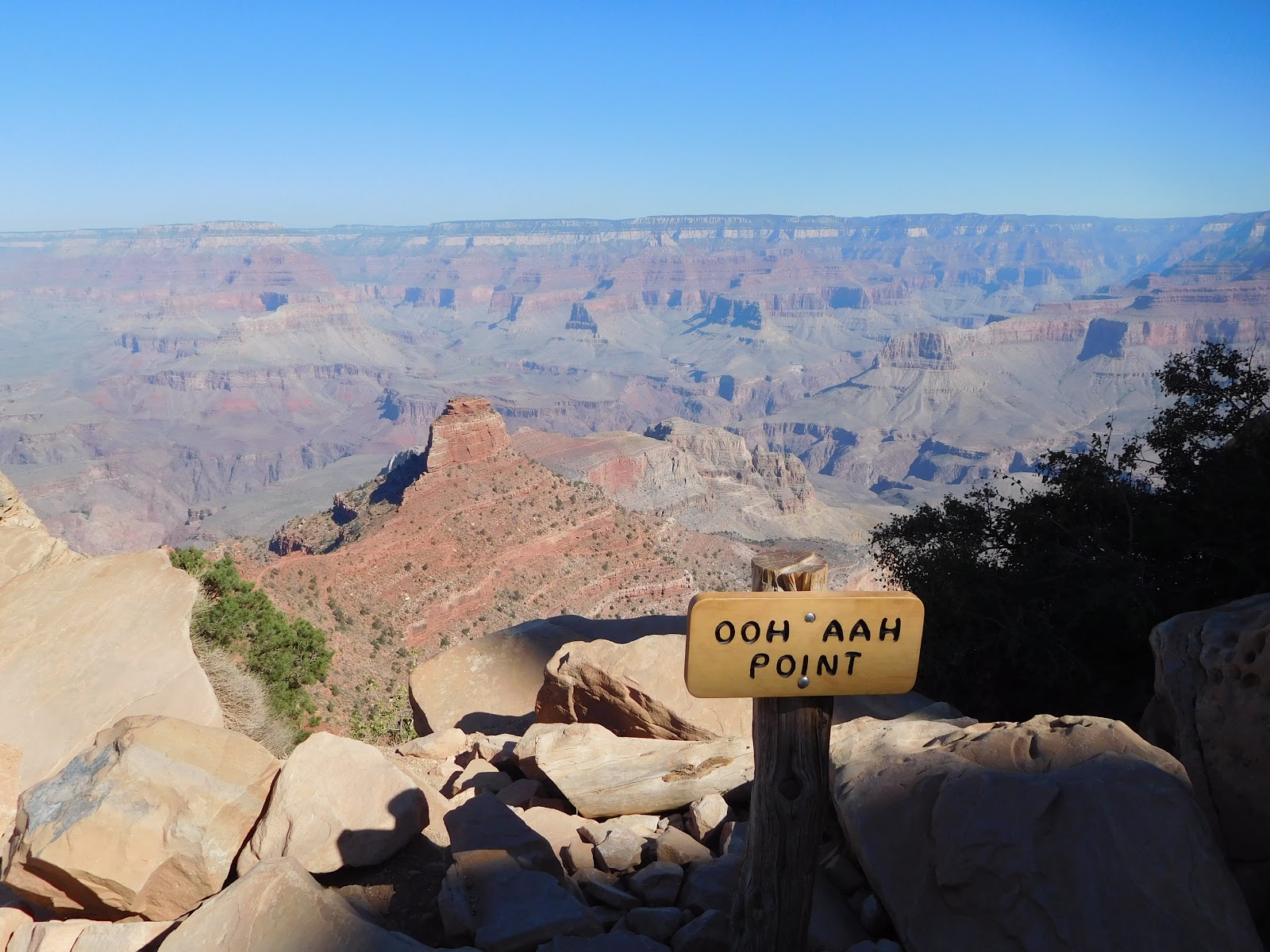 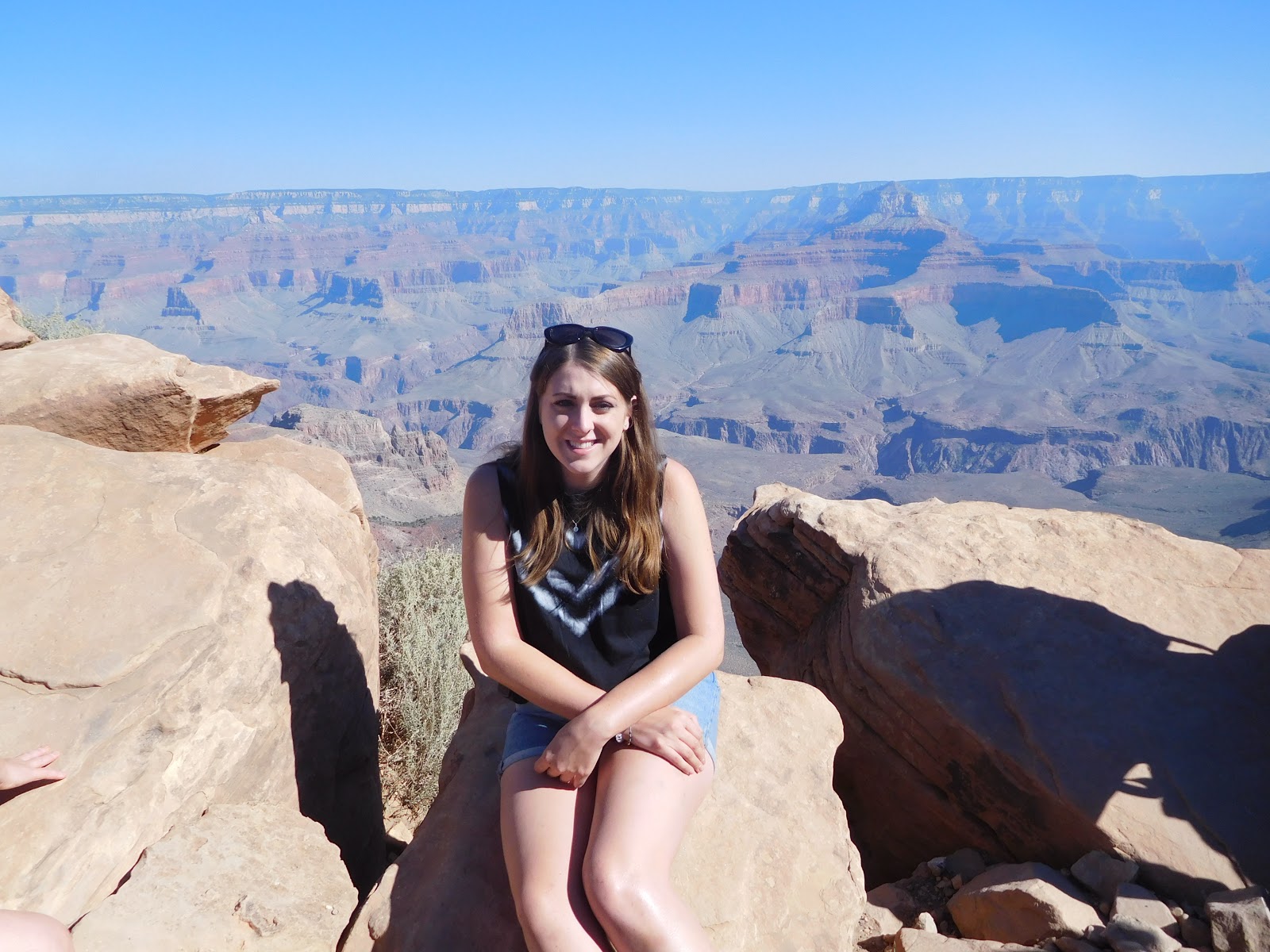 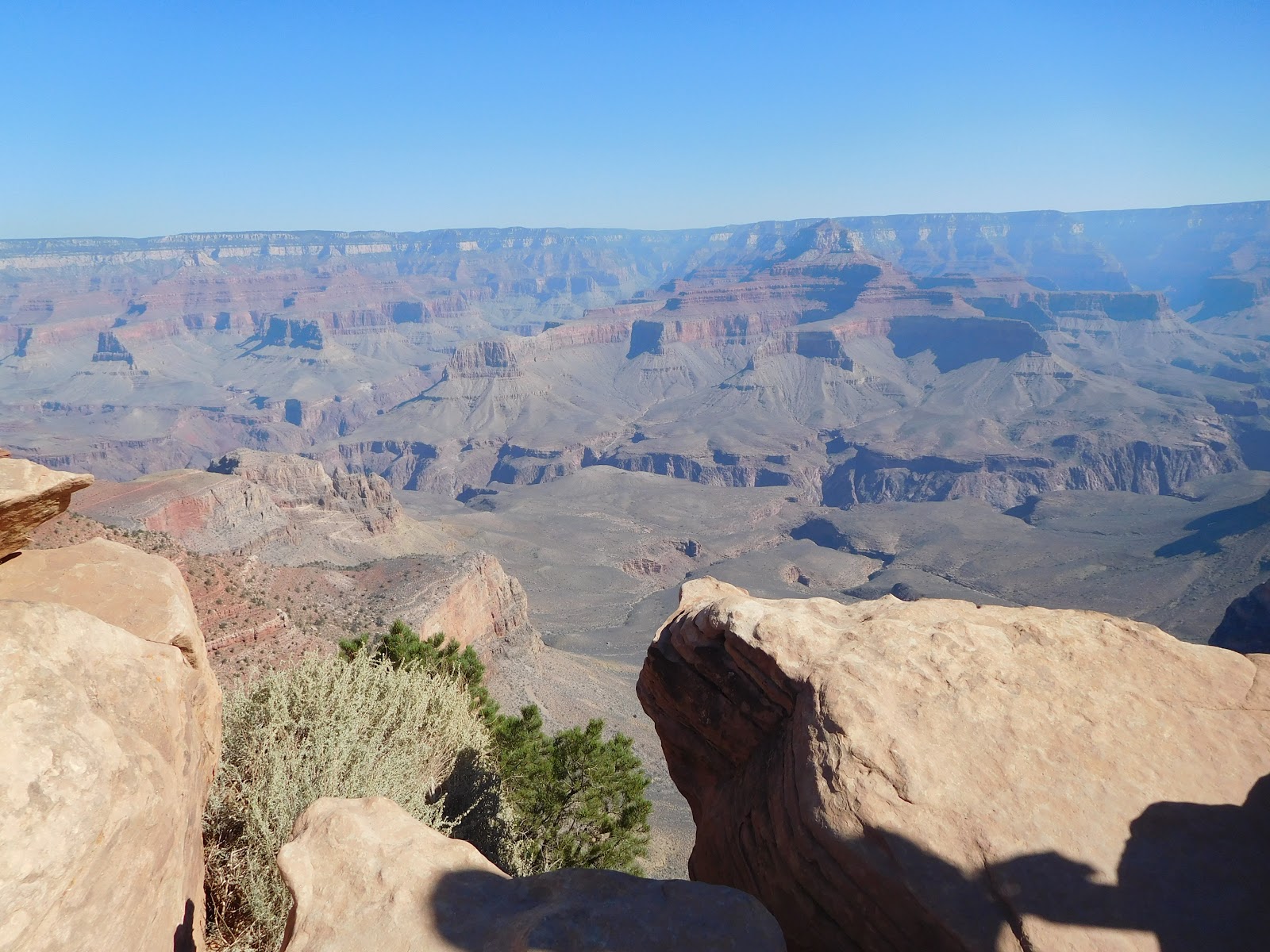 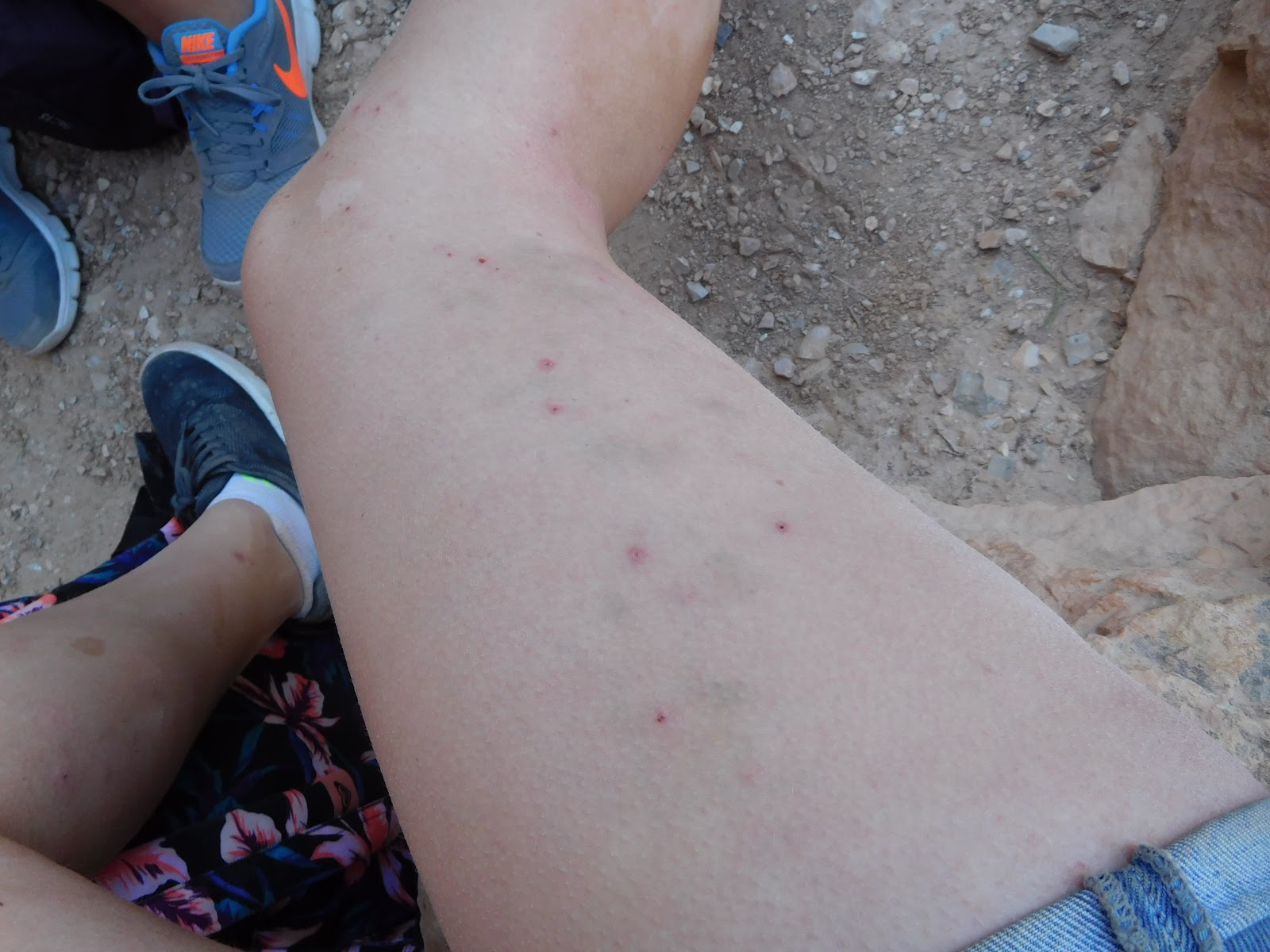 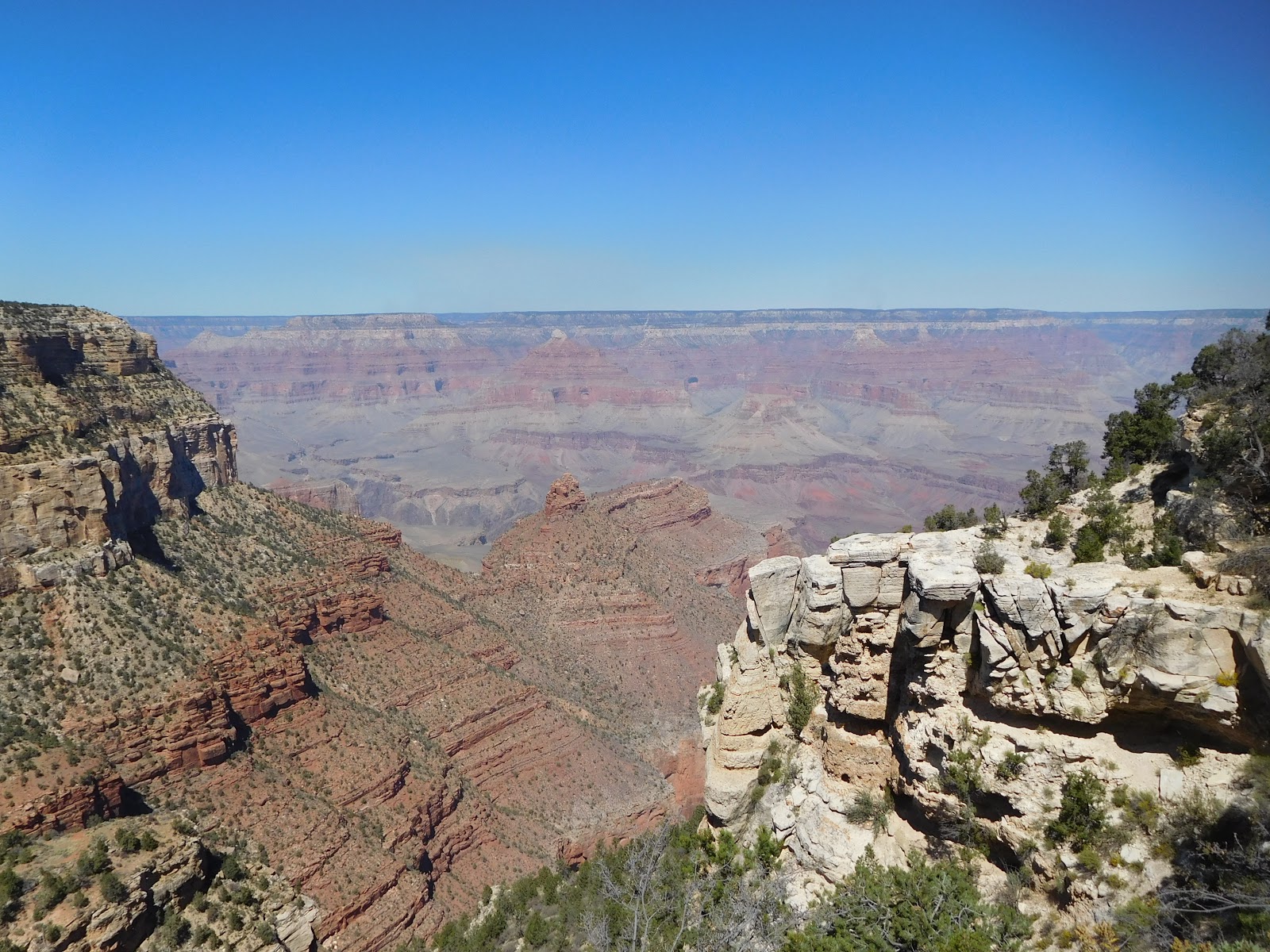 After a very chilly night, we woke up pretty early as we wanted to do a hike on one of the trails and wanted to try and miss the crowds and the heat. We chose to do the moderate hike on the South Kaibab Trail to Ooh Aah Point and we managed to get down and back up in under 2 hours. I made the mistake of saying on the way down that whoever stacked it and slipped first had to buy everyone a drink. Guess who fell flat on their backside a second later. Guilty. It was hard work, but the view was amazing and the time of day at which we went was really lovely. After we made it back up to the top without dying we got on the free shuttle bus and went to the market plaza and village, stopping off for a beer at El Tovar, one of the oldest lodges at the Grand Canyon before heading back to camp at around 3pm as some of the others were doing the helicopter ride. An option on our trek was to do the helicopter ride over the Grand Canyon for around $285, however at the time of my trek I didn’t really have the funds, and that combined with the fact I’m not sure how I feel about helicopters, meant that I chose not to do it. I’m 19999% sure I’m going to be heading back to The Grand Canyon in the future, with my gal pals, a boyfriend.husband, or family, so I know i’ll have the chance again some day. The people who went on it said it was incredible, so if it is something you’re interested in, then do it! Whilst half the group were in the helicopter the other half of our group just chilled out, did a wash, headed to the liquor store and just relaxed a bit, which was nice after the intense few days that we had had, and stored up on some sleep before Vegas!!

We had another blimming freezing night, but it was all worth it knowing that it was our last sleep in tent for 2 nights, because up next was VEGAS BABBYYYY.