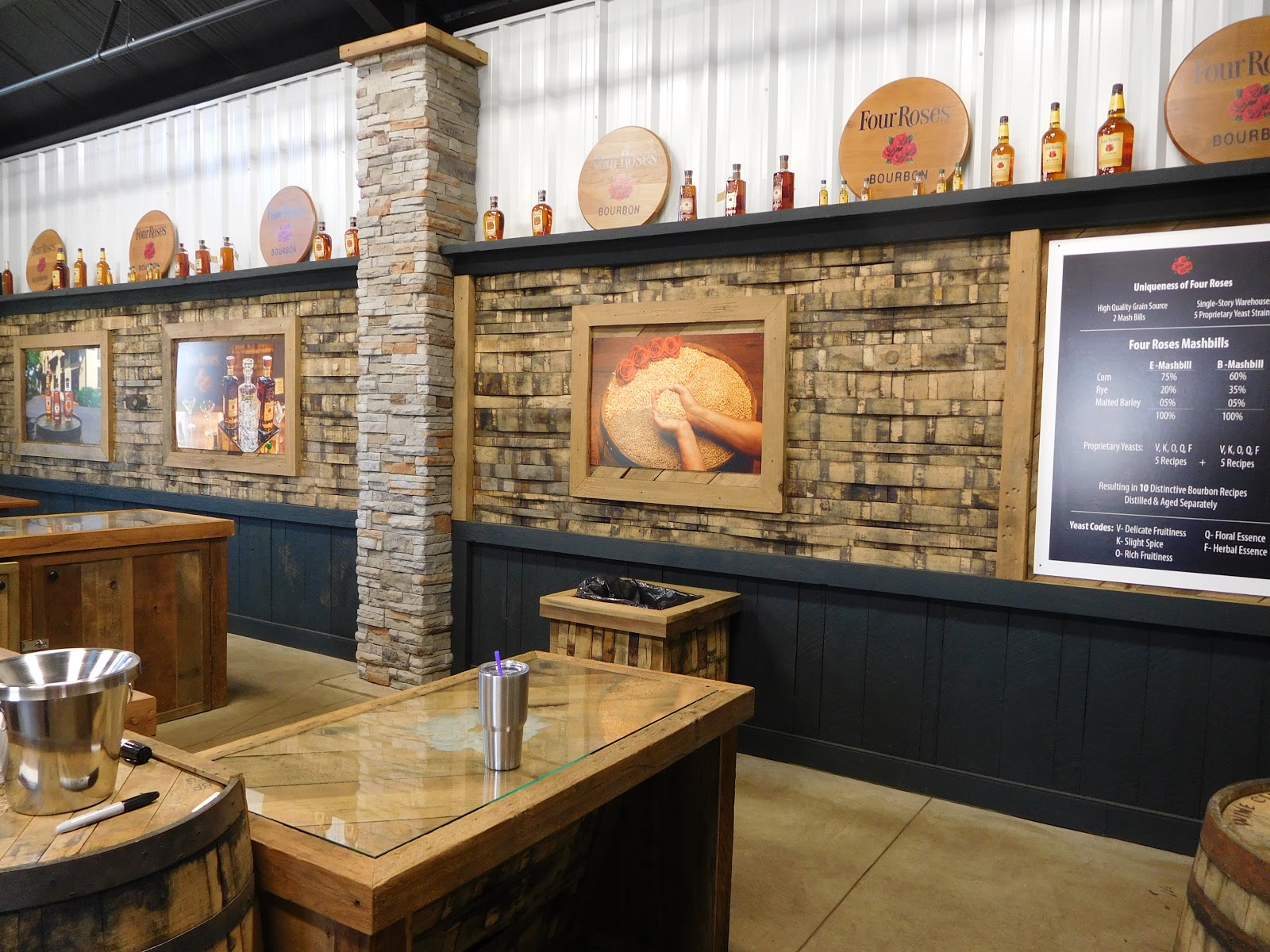 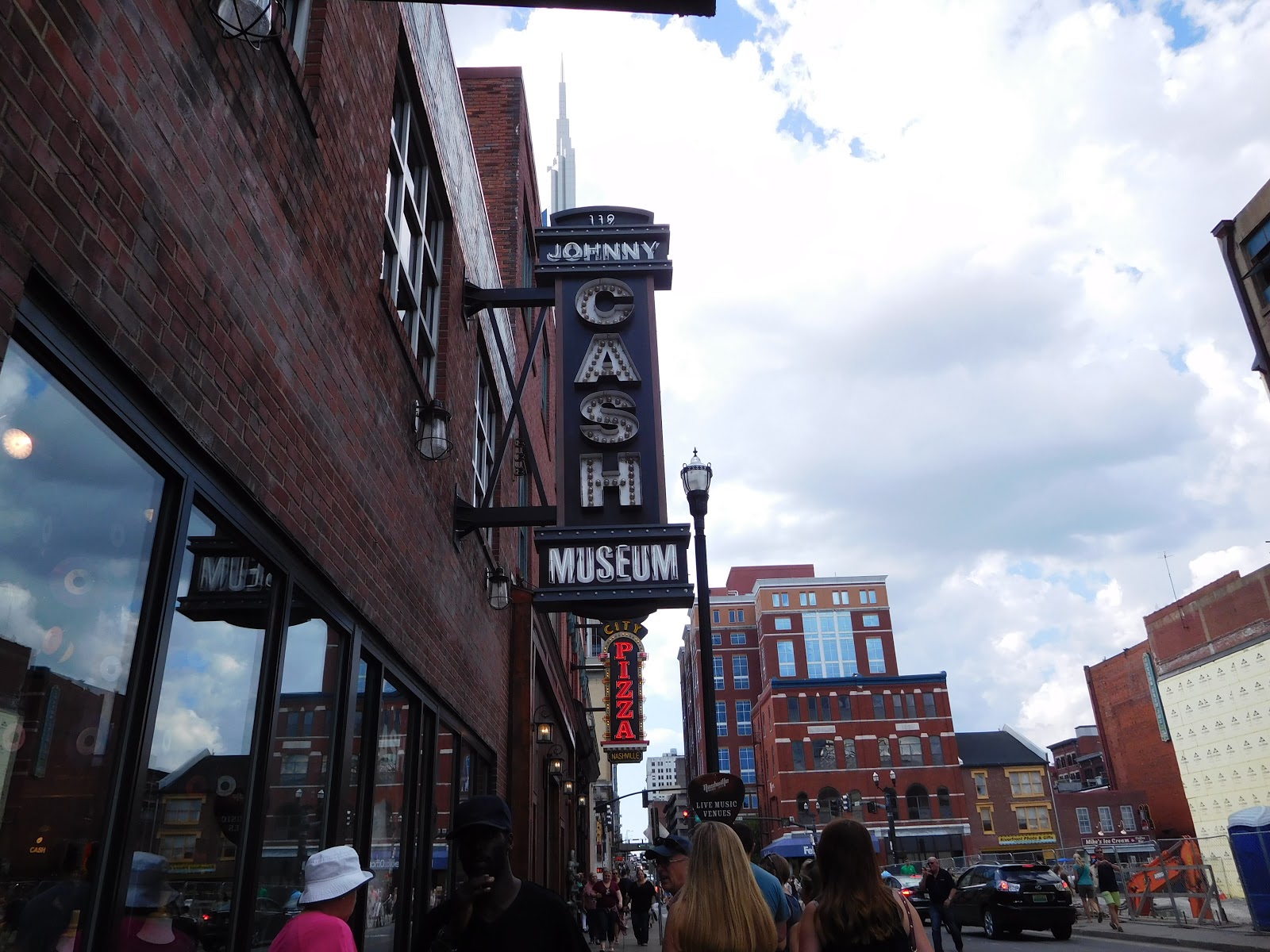 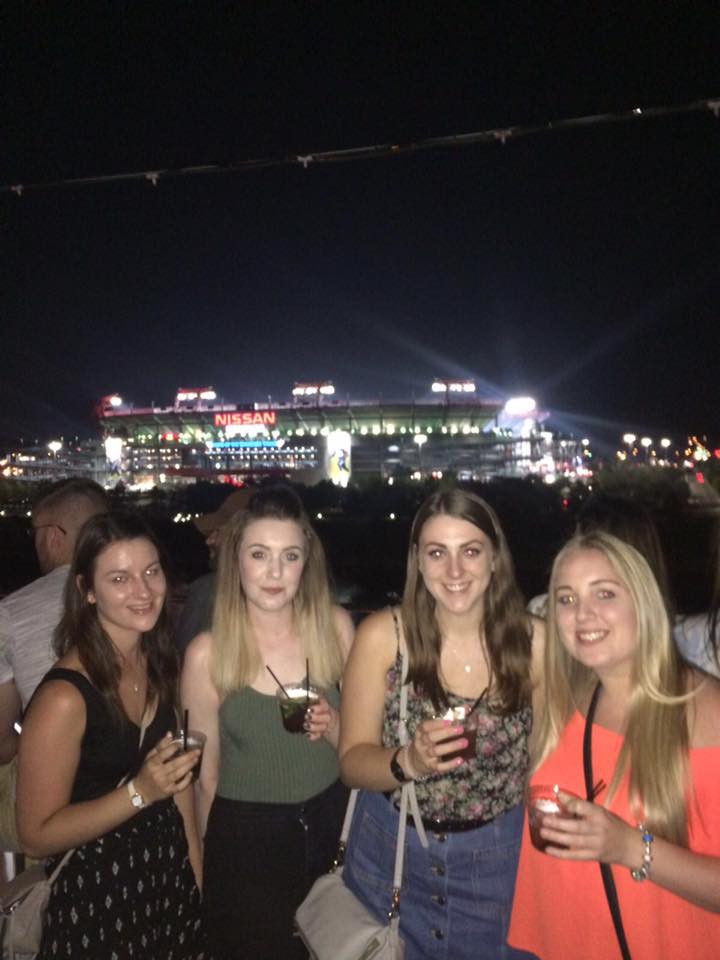 After leaving Kentucky, we were on our way to Nashville, which became one of my fave cities that we visited on the trip. Of course when in Tennessee you have to do something Bourbon related, so we headed off to the Jim Beam distillery, however when we got there, there were no available tours until quite a bit later, so we mooched about the shop and headed off to another one, called Four Roses, which was just down the road. We booked onto a tour at this distillery for just $5 (steal), but had an hour to kill until our tour, so the lovely people at the Four Roses recommended we visit a winery just down the road, and they gave us all a coupon that allowed us to take part in a wine tasting at the Forest Edge Winery of up to 5 wines, for free! It was certainly a boozy Saturday morning, but really fun. It was then time for our bourbon tour, and it was really really interesting,. After the tour we got to taste some of their bourbons and then keep the gorgeous glass that we tasted the bourbons in. Seriously best $5 I ever spent. As we were all feeling a little light headed and it was about mid day, we had a quick pit stop picnic lunch at the distillery before getting back on the road. On the way to Nashville we also stopped off at Makers Mark and Heaven Hill distilleries, where we just had a quick look around their gift shops and visitor centres etc. We made it to Nashville, and it was hot. The KOA we stayed in here was also one of my faves as it had a nice sized pool and a hot tub that was basically a giant bath, perfect for the hangover that followed from our first night in Nashville. After we had dolled ourselves up for the first time on the trip, we got an Uber and headed into town. Because it was a Saturday night it was hen and stag CENTRAL, there were literally bachelorette parties left, right and centre. We hit up ACME Feed & Seed for dinner, which was a really fun spot and delicious too, with some fab live music. After we had lined our stomachs we made our way to a rooftop bar that overlooked the river, before heading to Wildhorse Saloon where we gave line dancing a go. I was horrendous at line dancing. Like, horrific. But it was so so fun, and I had a right laugh. After we had ruined the dance floor we headed to a club before calling it a night. The next day we spent lounging around by the pool, before spending the afternoon in Nashville, checking out various famous spots and museums, gift shops and the Goo Goo shop, mmm. I headed to bed pretty early this night as I was still feeling a bit rough and wanted to be prepared for Memphis! 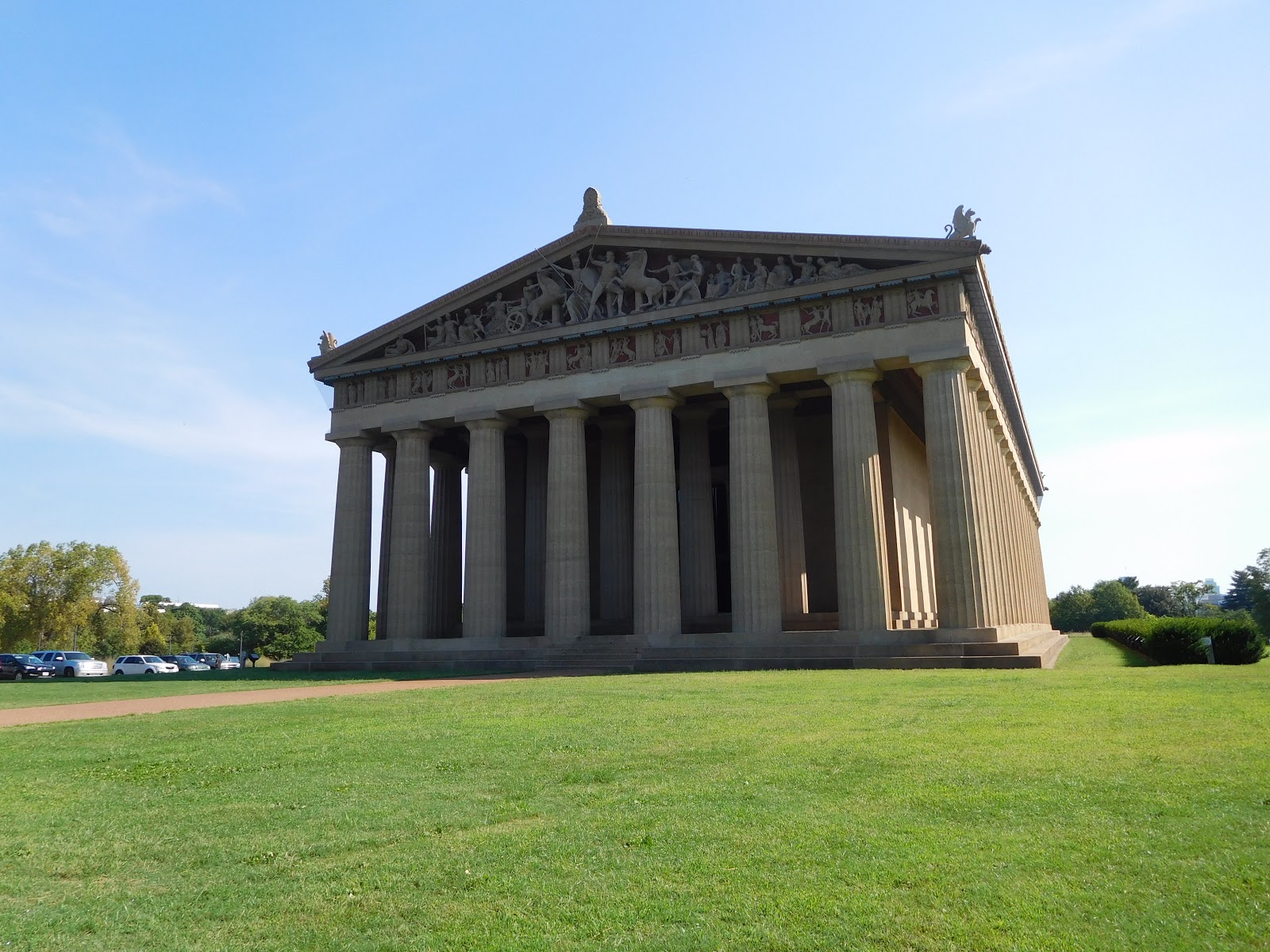 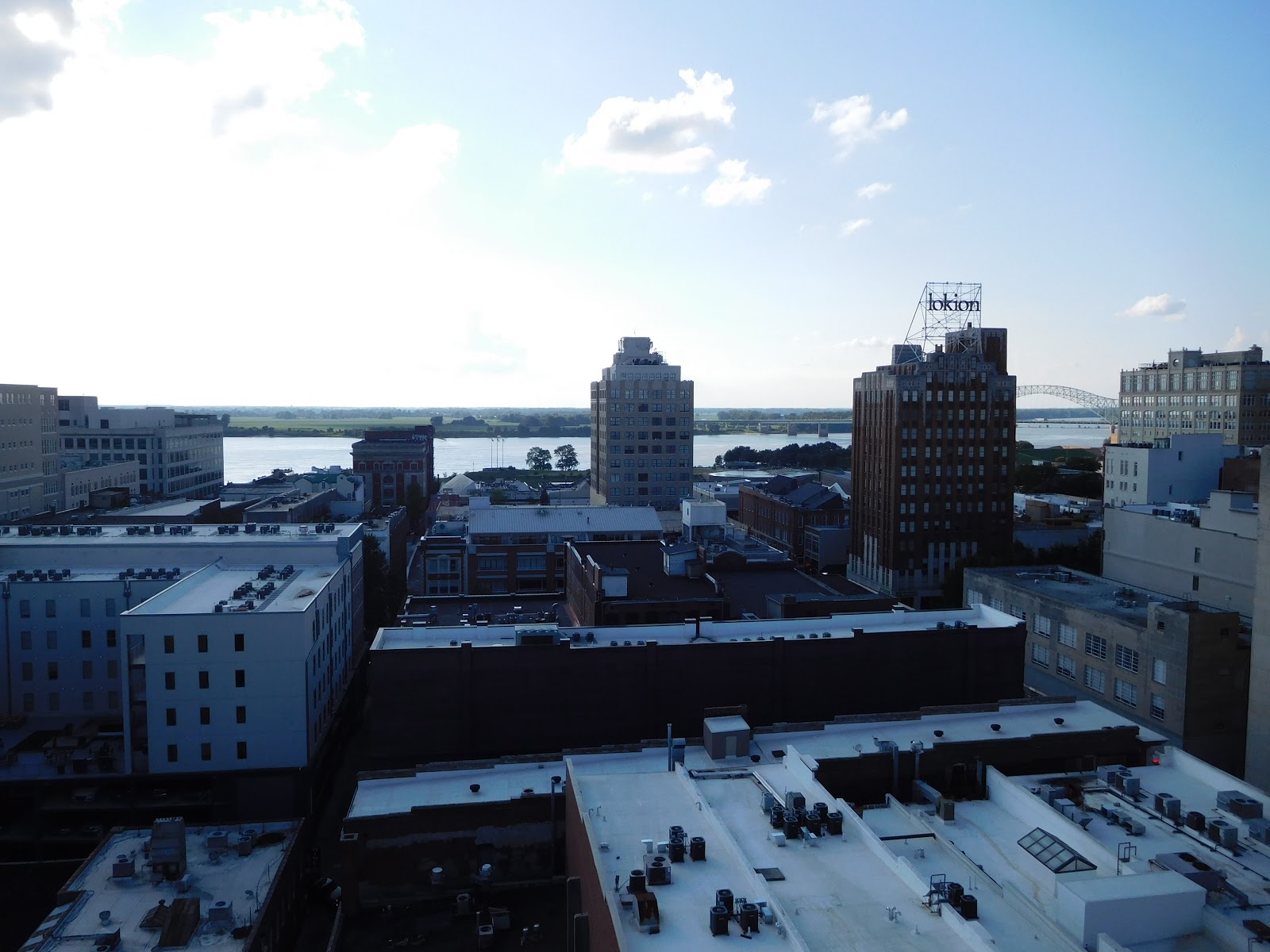 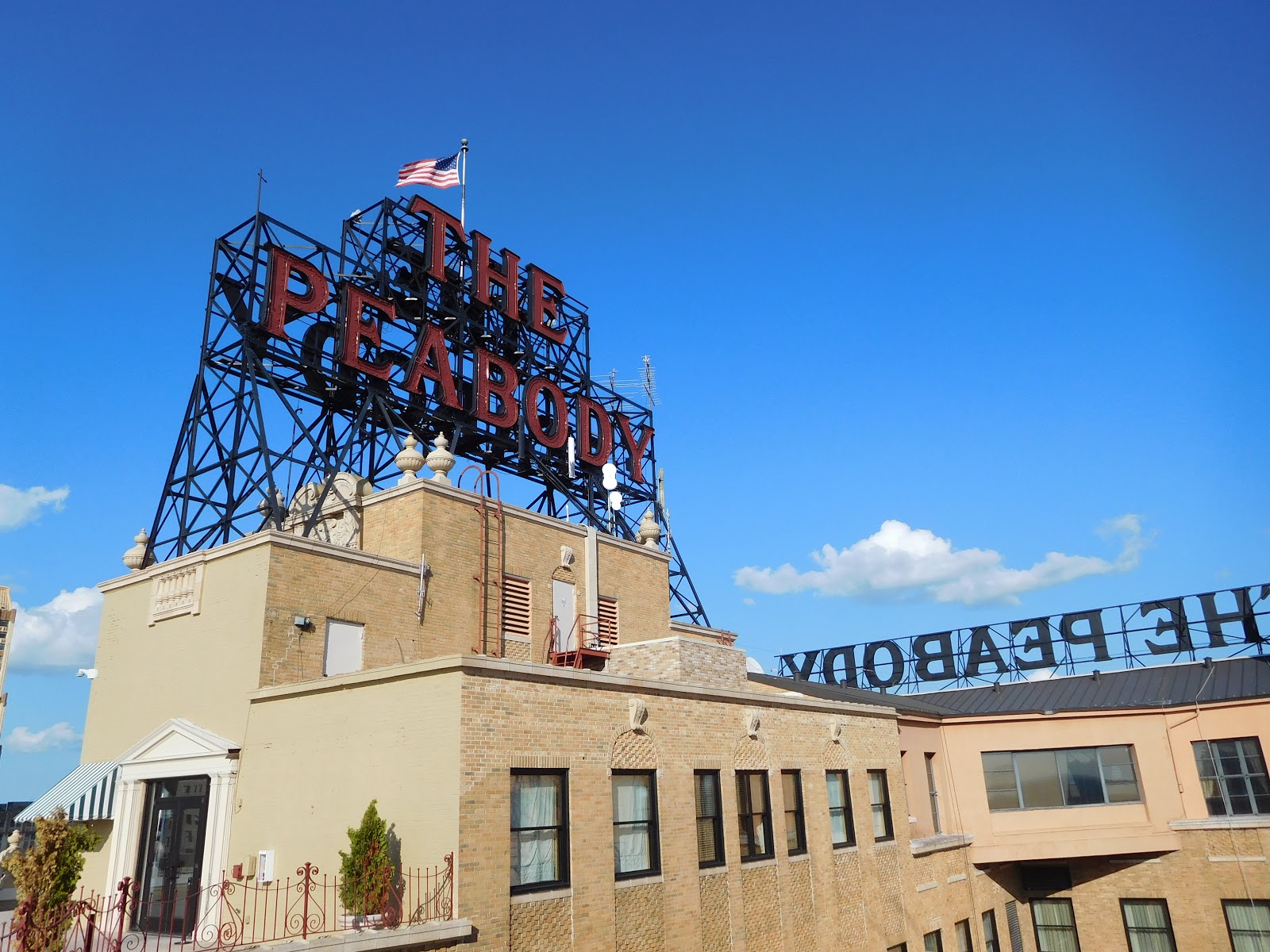 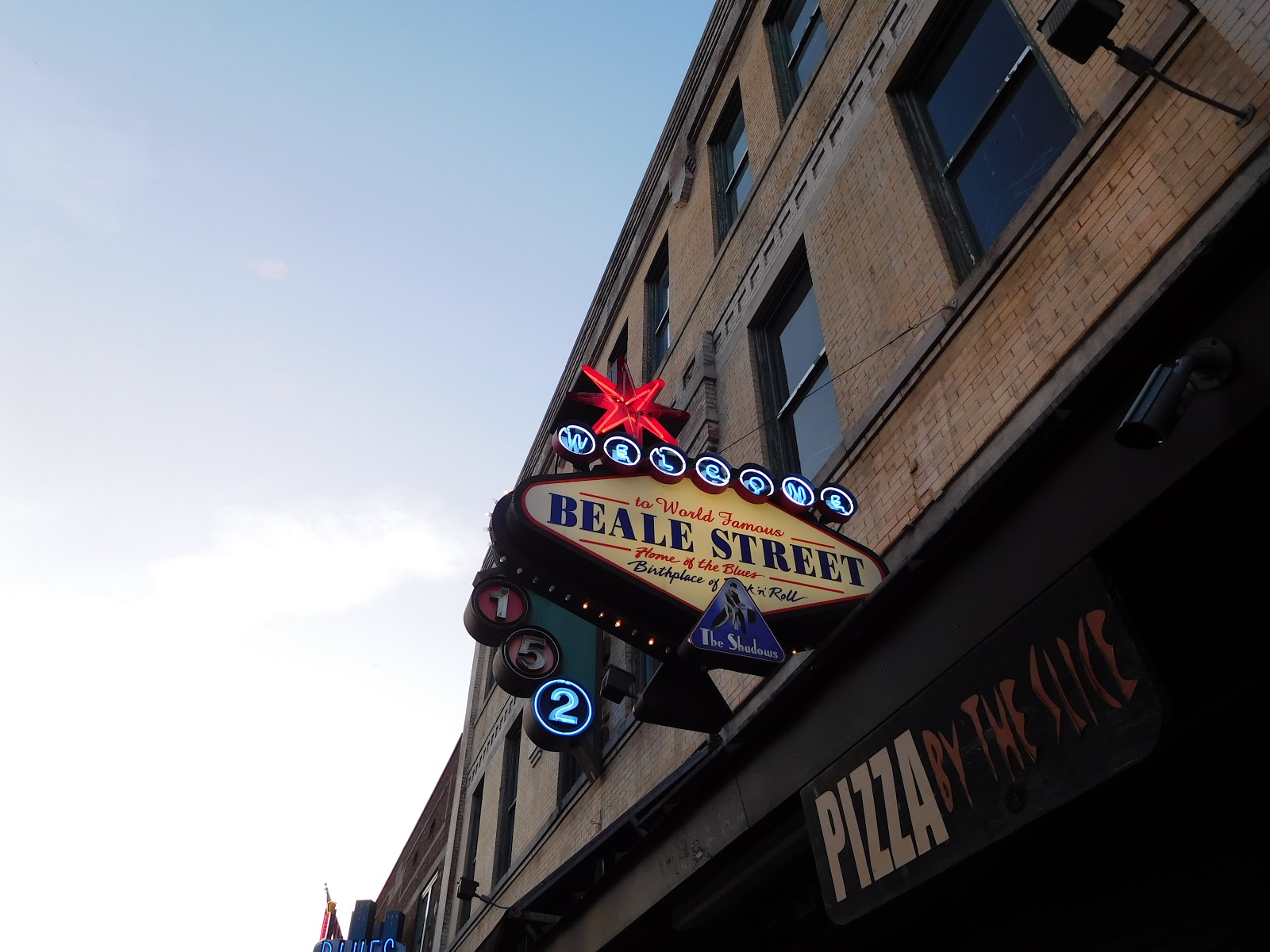 Day 8, also happened to be Labor Day, a holiday in America, so that was an extra bit of fun. On our way out of Nashville we stopped off at their version of The Parthenon, which was built for the centennial or something like that, and it was quite impressive, if not totally random. For lunch on the way to Memphis we stopped off at a much raved about Waffle House! I had the hash brown with cheese and bacon, and it was the weirdest and tastiest concoction. It wasn’t the sort of hash brown that i’ve ever seen before, but it did the job, and was SO CHEAP. We then made it to our campsite in Memphis, which was basically right by Graceland, and this was probably one of the most humid camp sites that we experienced. It was so hot and sticky. After we had put our tents up, we headed into town and to the Peabody Hotel, for the famous March of the Ducks. Basically the hotel has some resident ducks that live in the fountain in the lobby, and everyday at 11am and 5pm they do ‘the march of the ducks’ whereby the ducks get out of the fountain and waddle along a red carpet, into a lift and up to their house on the roof, and vice versa. Totally nuts but it certainly draws a crowd, and is a must see, especially for kids. After we witnessed the spectacle we checked out the bar in the hotel as we saw they had a $3 happy hour, er hello? And these weren’t like the worst on the menu cocktails, we could choose from a blueberry Moijito, Strawberry Margarita and something else. We also got chips and salsa. Best $3 ever spent. After our pre dinner drinkies we headed to Beale Street  where we went to the Blues City Cafe for dinner and oh wow, the food was DELICIOUS. 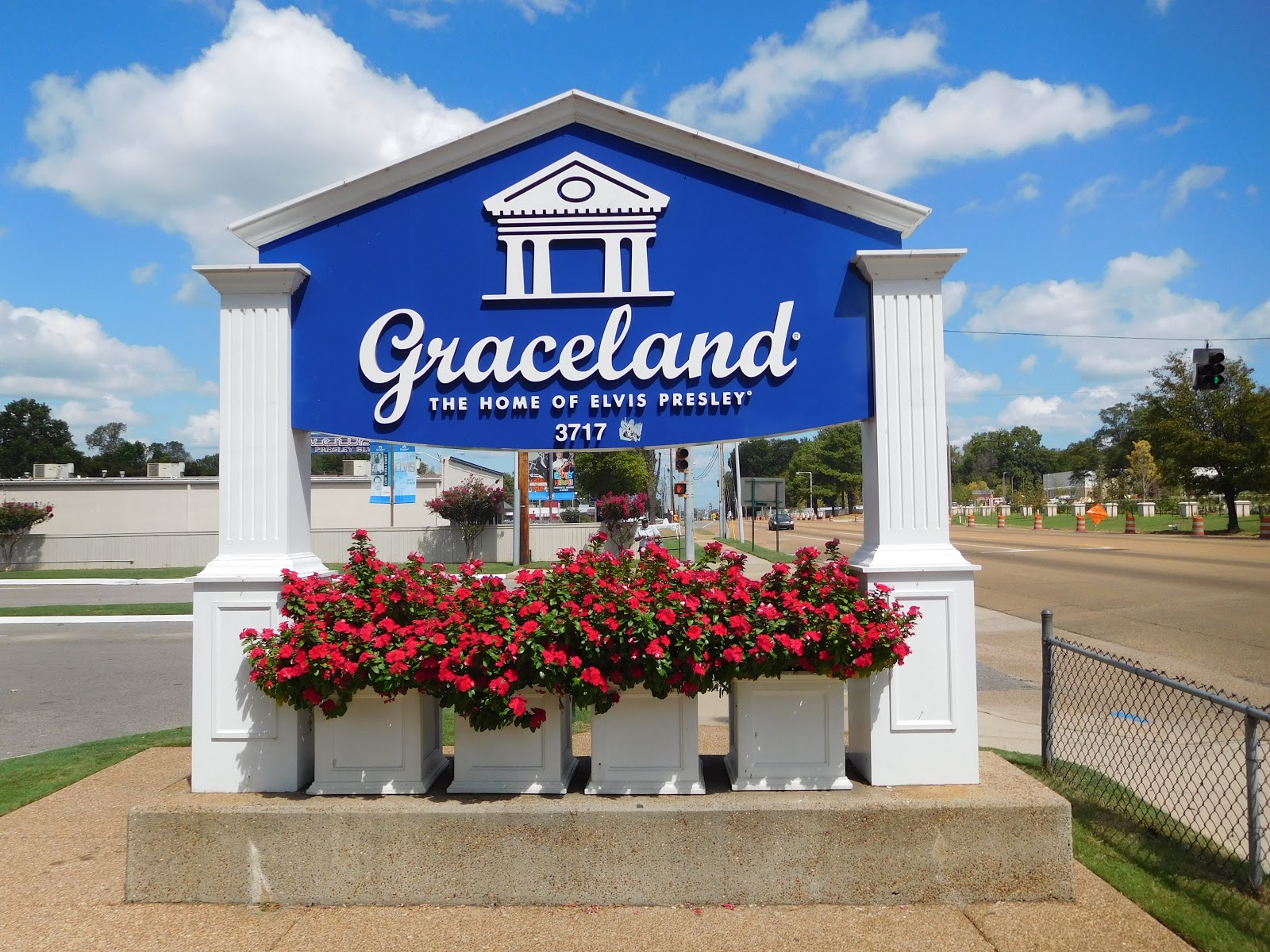 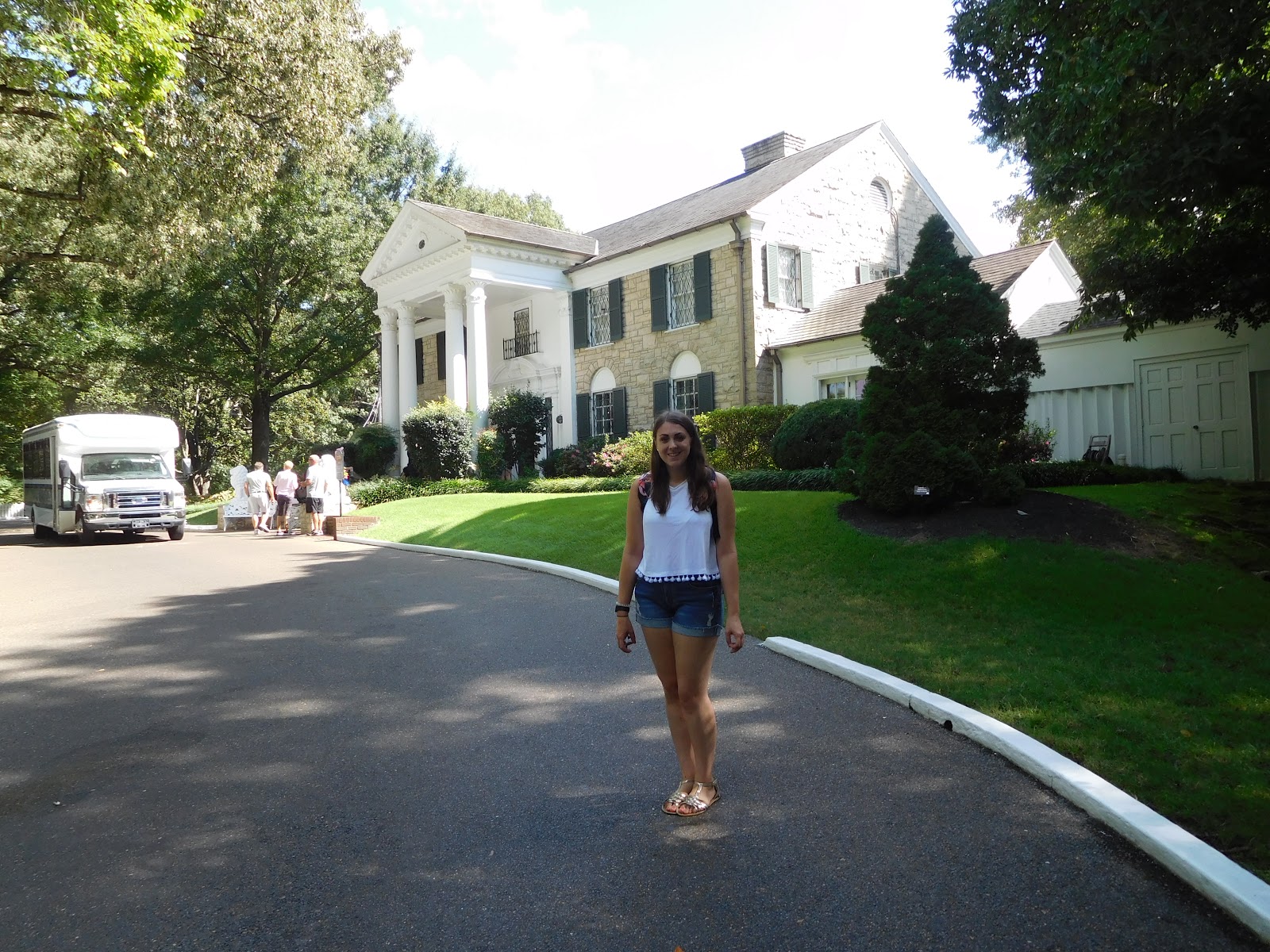 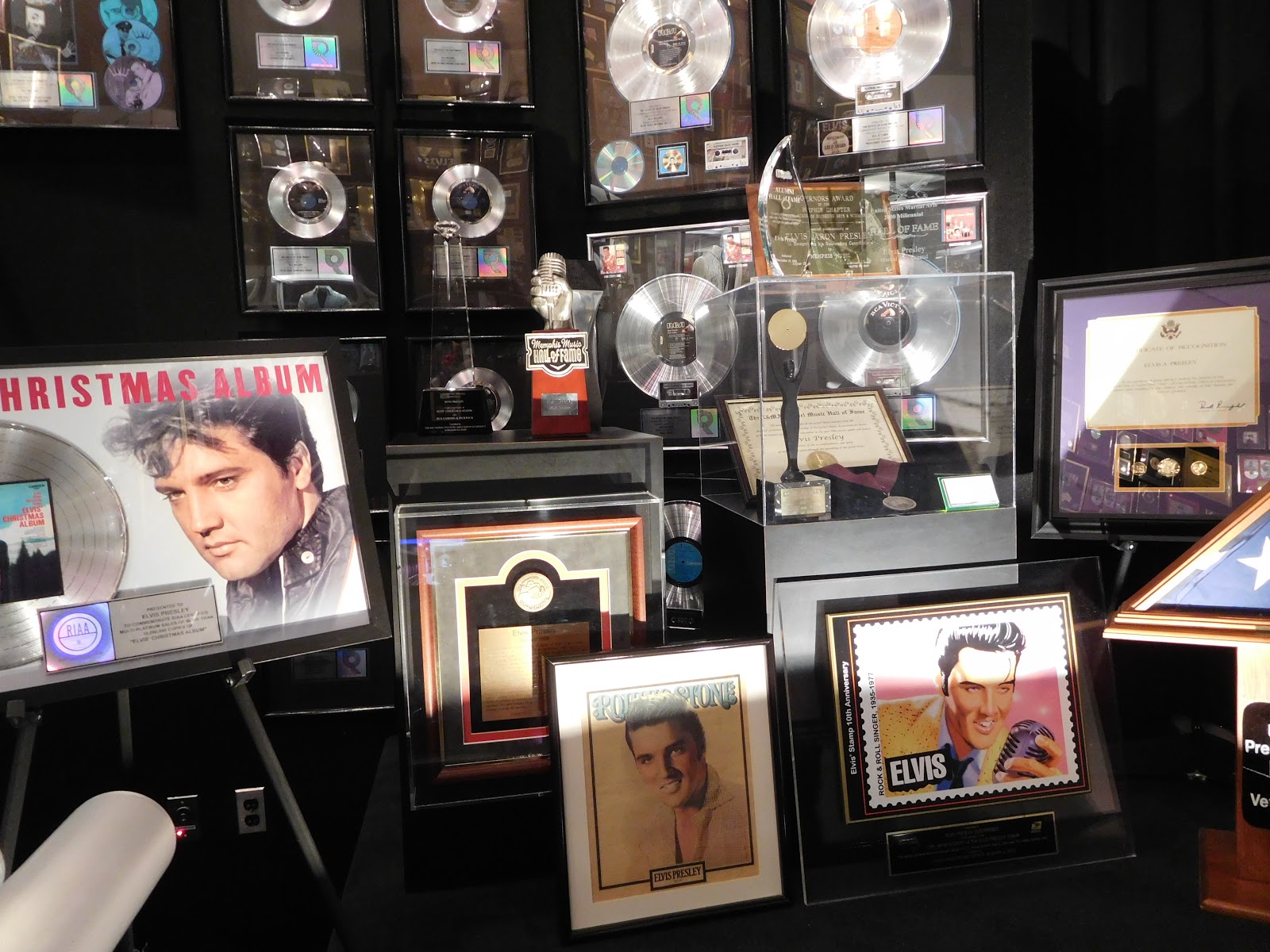 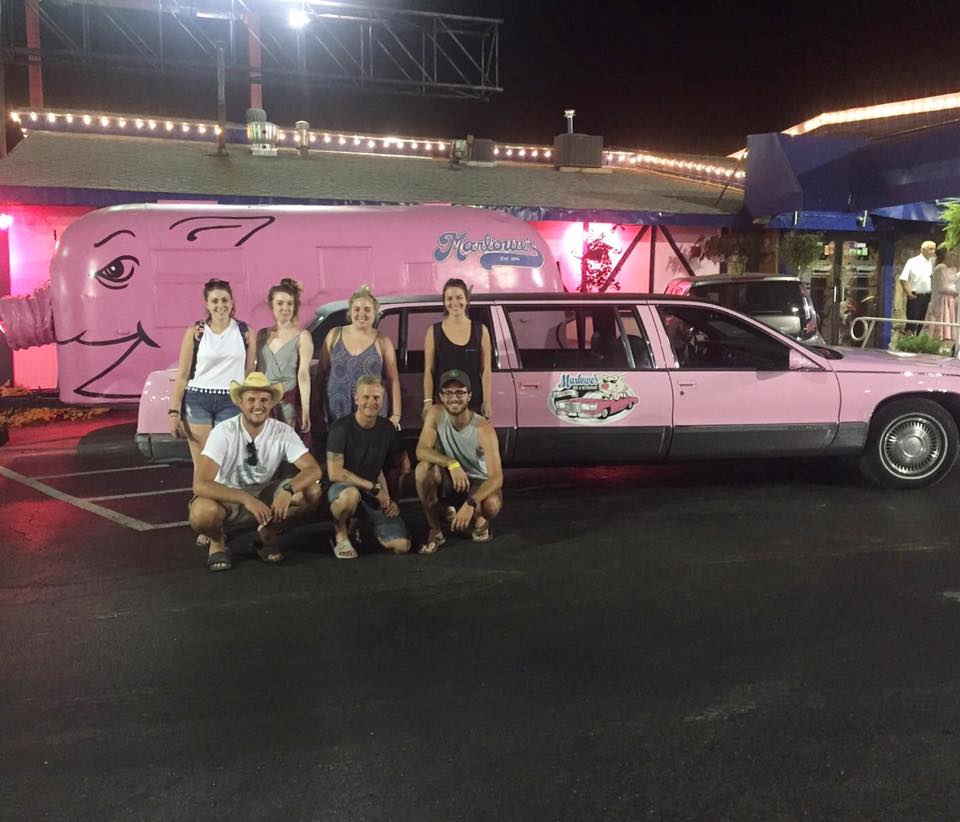 Day 9 was Graceland day, a day I had been looking forward to ever since I had booked the trip. We went for the Platinum Tour option which included admission to the mansion the car museum, the archives experience, and a few other things. We decided not to go for the super pricey ticket that included the planes, and that worked out well. The Graceland Mansion was incredible, I really loved it and it was so inspiring. The tour works really well and you get given interactive ipads as your tour guides, and they were good. After checking out Graceland we headed back to camp, took a dip in the pool before checking out Memphis for the afternoon. We took a $1 bus tour around downtown Memphis which was really interesting, before watching the march of the ducks again! We had dinner at camp with plans onheading out for pudding, and we saw a few old school pink limos arrive at the camp site, and we were like ooh fancy, then at 8:15 lo and behold an old school pink limo arrived for us!! A local restaurant called Marlowes run a free pink limo pick up service for local hotels and camp sites, and our tour leader had organised it for us without telling us, and it was SO FUN. I love pink and pigs, and there was a lot of both at Marlowes. We had some amaaaazing puddings and basically had to be rolled out.

Sorry for this post being pretty lengthy, but both Nashville and Memphis were incredible places. I really loved Tennessee and is definitely a state I would love to see more of!