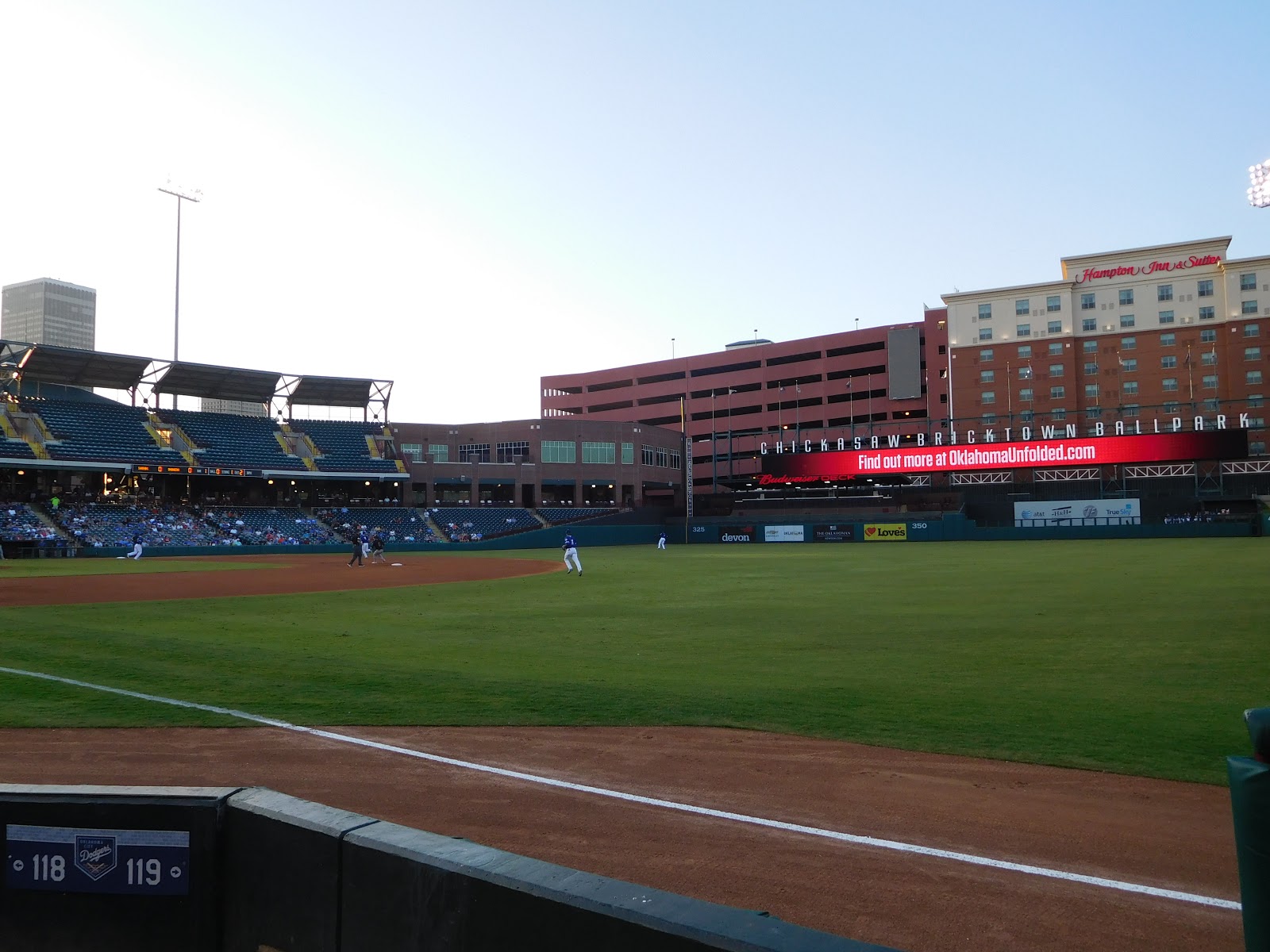 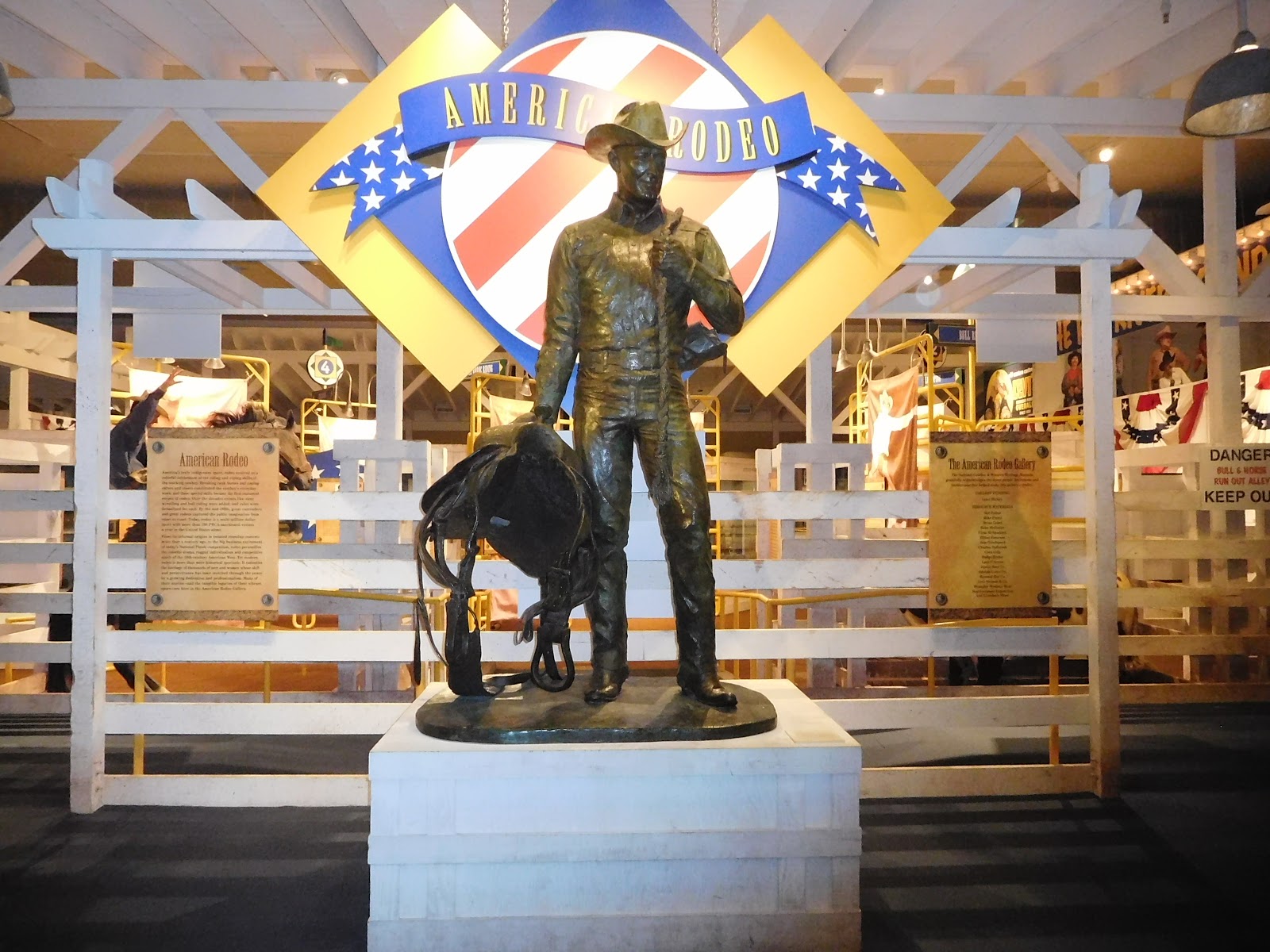 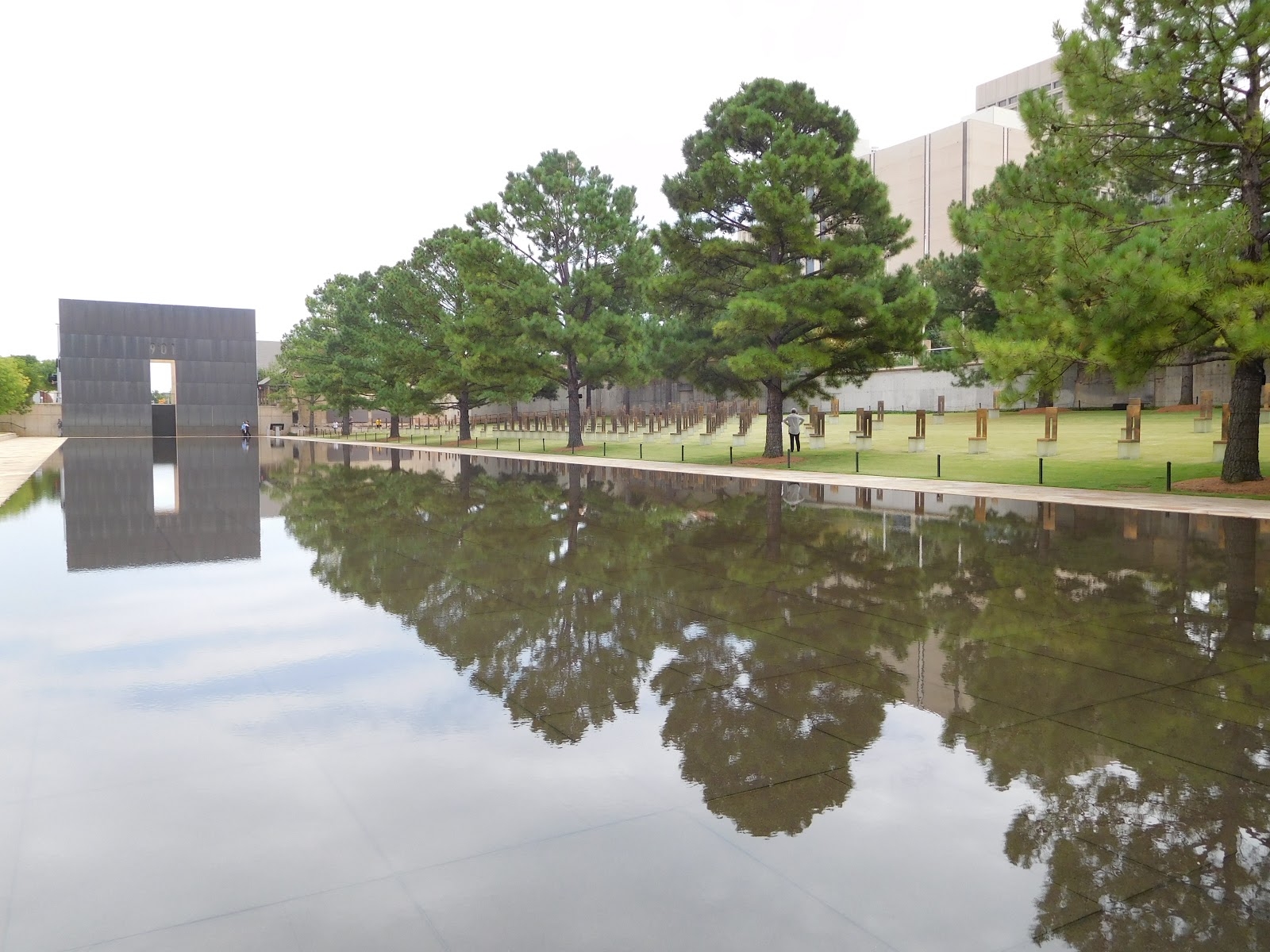 Day 10 of the trip signalled a Van Appreciation Day (VAD) whereby we spent about 8 hours in the van on the road and we travelled from Memphis to Oklahoma City, crossing Arkansas before making it to Oklahoma! This trip also signalled the start of a journey TO A HOTEL, where we were staying for 2 nights. Which we were very, very excited about. We were all a little apprehensive of the long drive, but in preparation made a VAD playlist the night before, where we all took it in turns to add songs to the playlist and then we spent about 2-3 hours laughing and singing along to the playlist, it was a great way to pass the time. Our Holiday Inn was situated in the Bricktown area of Oklahoma City, and up and coming, ‘trendy’ area. We got to the hotel, jumped and rolled about on the glorious beds and enjoyed fresh baths and showers. In fact the ‘tan’ that I thought I had acquired during the first week, sadly washed off in my shower/bath. Even though I was showering every day at camp sites, it would appear I was still very dirty, haha. After we had all freshened up we headed out to explore, had dinner at Tap Werks before ending up in a Coyote Ugly for some drinks, which was quite the experience. There was an offer on, and all drinks were $3, so we took part in that, and the night was fun, body shots were definitely not involved…After the most lovely sleep ever we headed out to the National Cowboy Museum for the morning. In the afternoon we took a free bus that runs around the city (super useful) and went to the 1996 bombing memorial, a bombing that I was ashamed to actually know nothing about. It was a really lovely memorial and I learnt a lot. We then also wanted to find a Walgreens, and trekked for ages through some dodgy areas to find one, for it to be a small convenience one with nothing, haha. We gave up on the hunt for Walgreens, headed back to the hotel for a quick dip in the pool and then got dressed up for an evening at the baseball! I was so excited for my first ever basbeball game, and we got tickets for the PCL Playoffs for the Oklahoma City Dodgers vs Nashville Sounds, it was really interesting, and such a nice chill evening. And the $2 beer deal was right up our alley too! 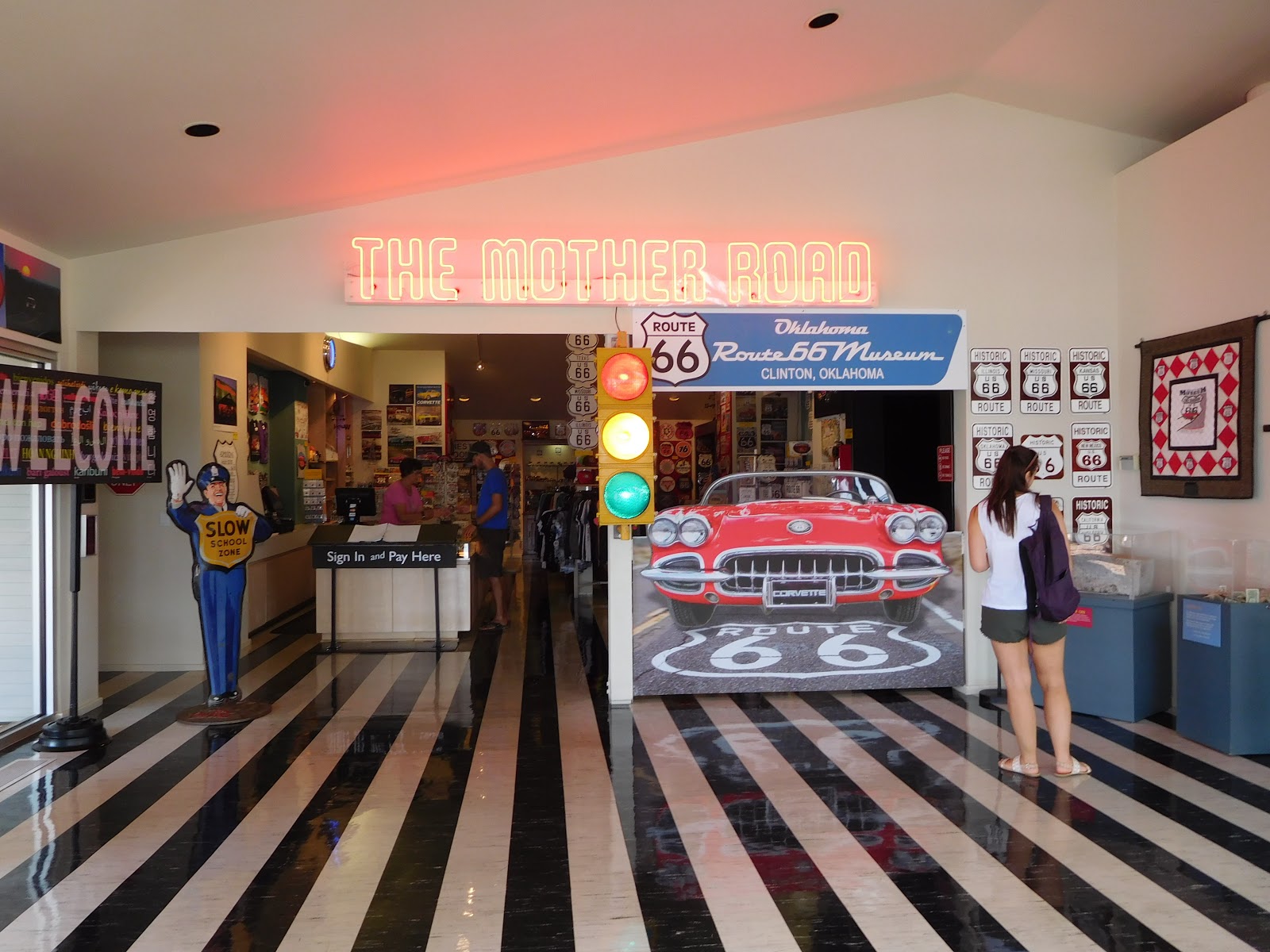 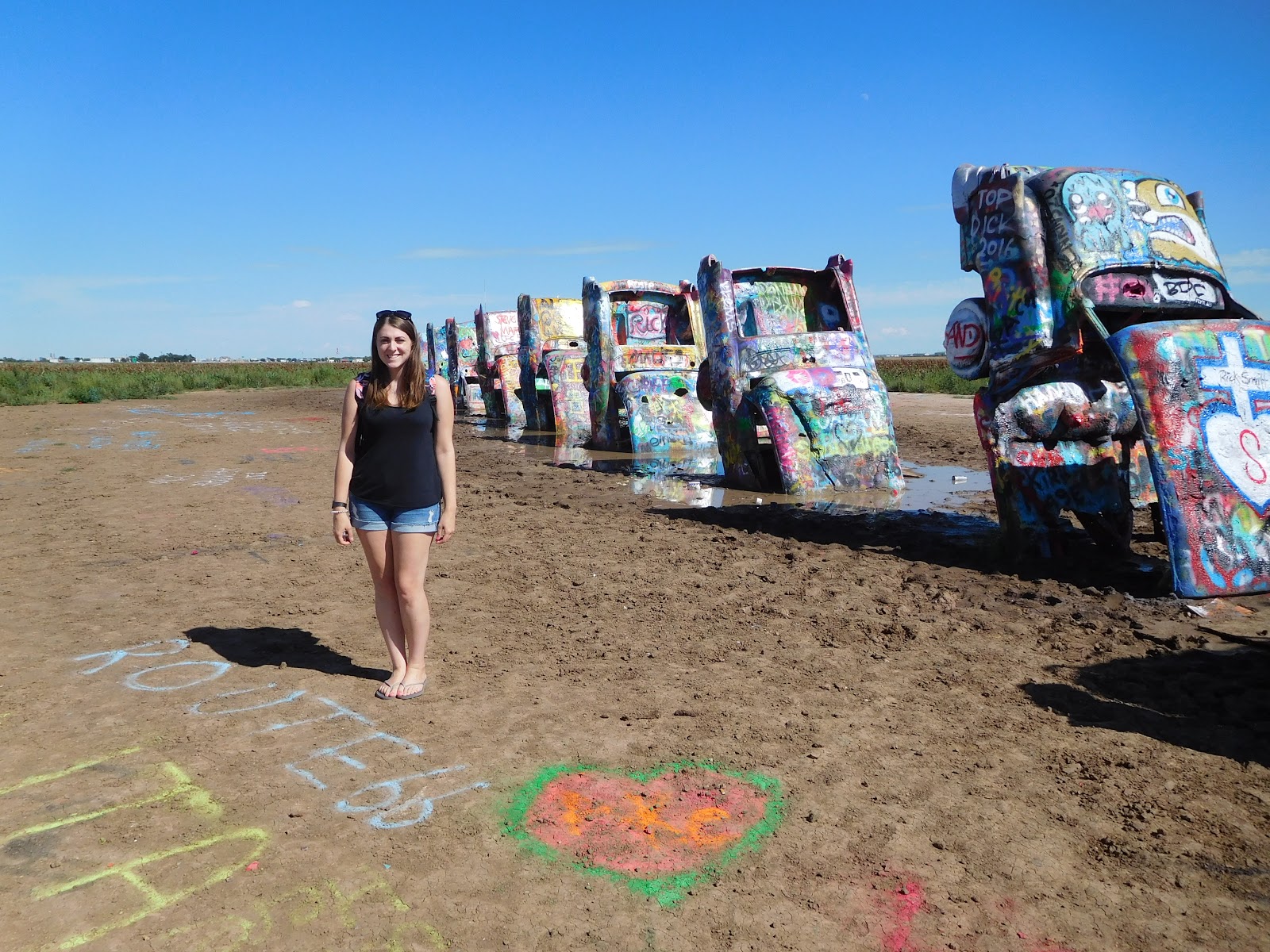 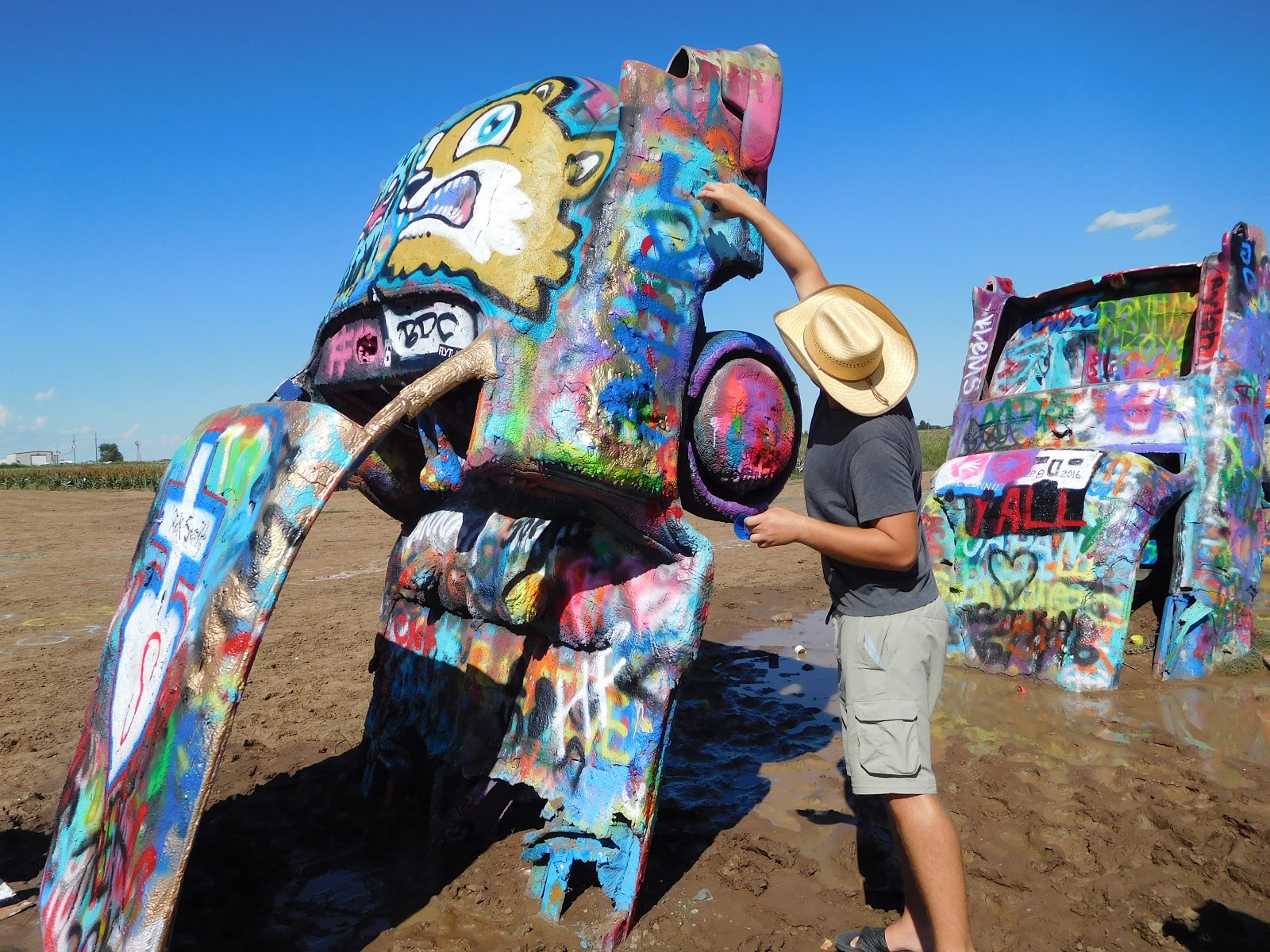 After our last hotel sleep until the next one in Vegas, we slowly rolled out of bed and got back in the van and got on Route 66 towards Amarillo, Texas. We visited the Route 66 Museum on the way which was fun. Once we made it to Texas, we stopped off in Groom where we saw a giant leaning water tour thing that is apparently famous and the 190ft tall giant Cross, which was quite the experience. We also stopped off at Cadillac Ranch which was super cool, and we took along some spray paint and got arty! We made it to our camp site, where we were basically the only people there, had our first Kraft Mac and Cheese dinner and then headed to a high school football game. We decided to see the Tascosa v Amarillo High game, a local derby, and it was interesting, but very stop start. Think I preferred baseball, and we all missed a beer. Whilst at the game we saw a lot of thunder int he distance, and started to fear the worst. We got back to camp, all settled down for bed and then the most insane winds i’ve ever experienced in my life started up. We all thought we were going to die, and we had to move the van, to position it so that it could block the wind hitting our tents, but that didn’t work, and a tent pole snapped on the boys tent. It was absolutely chaos, but I have never ever ever laughed so much in my life. It was the most hilarious night, and one I will definitely remember forever!!