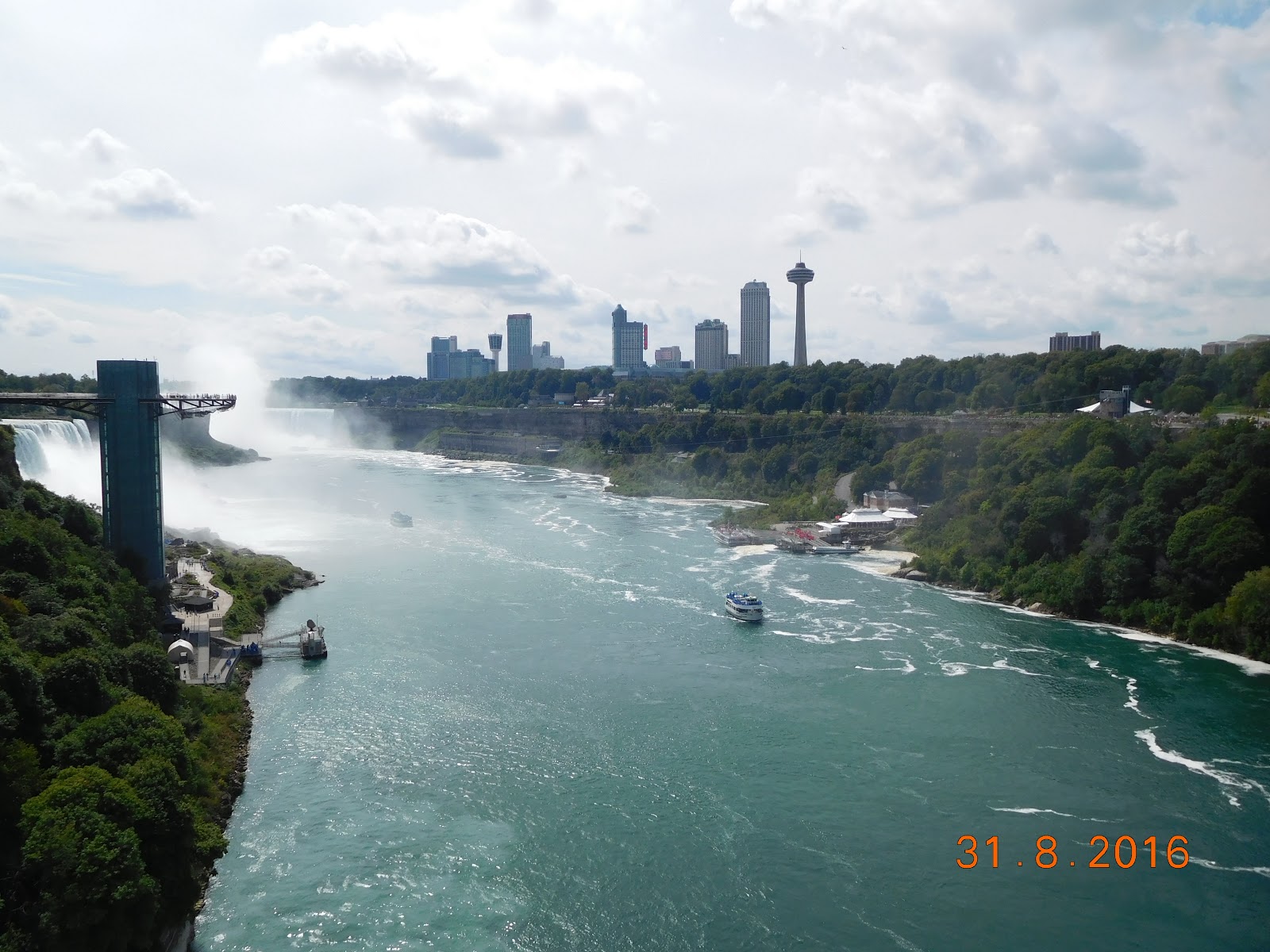 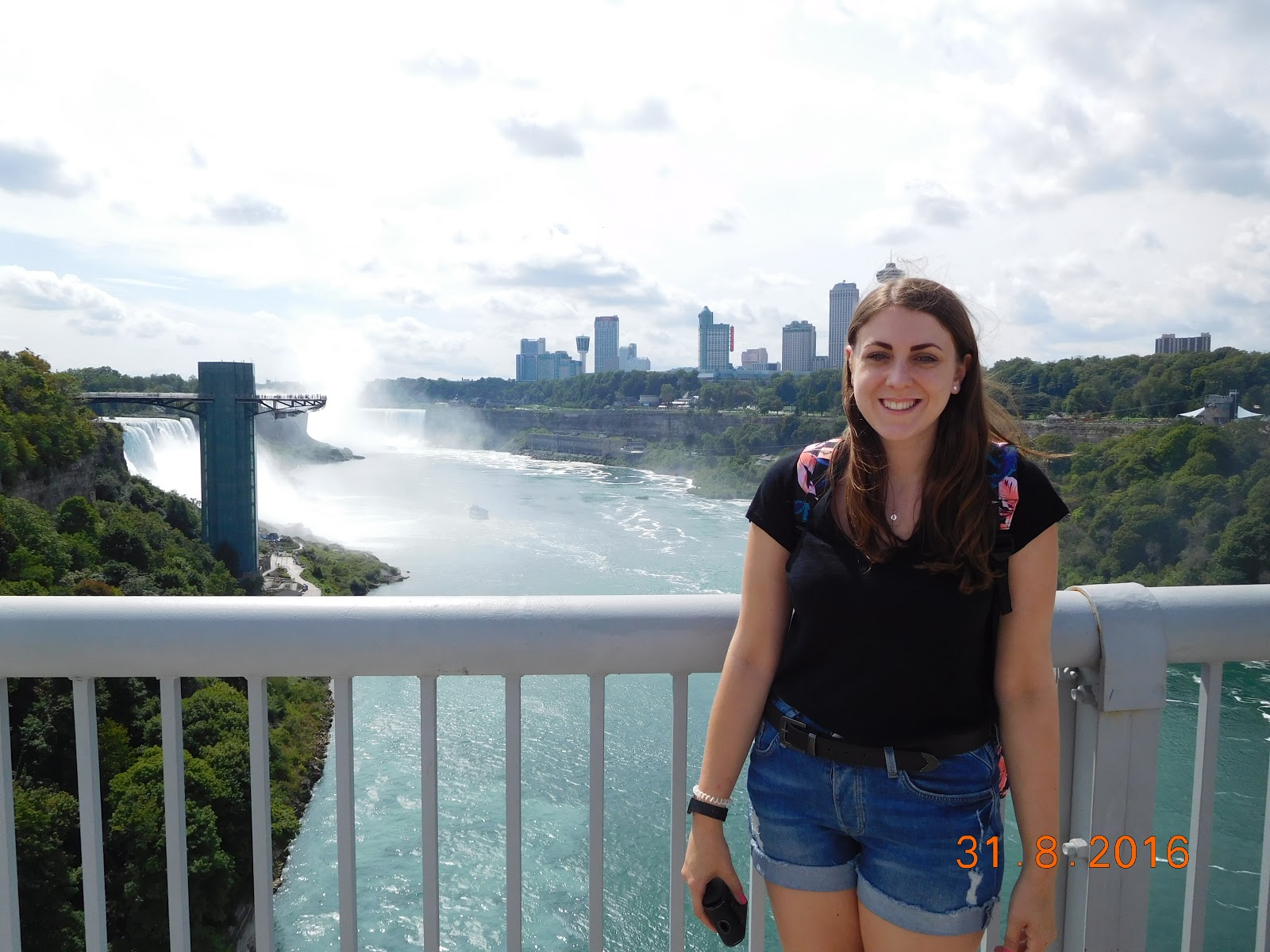 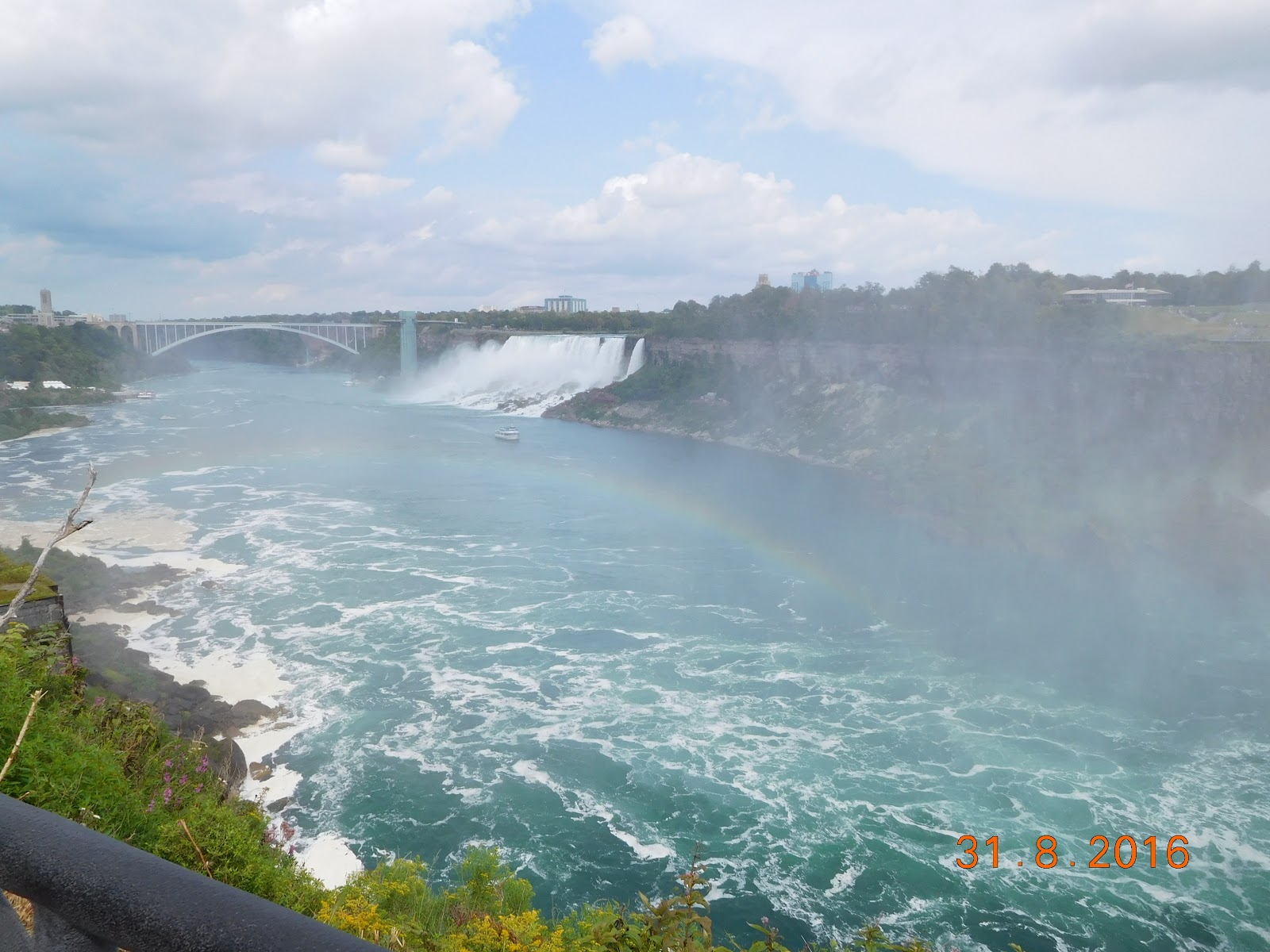 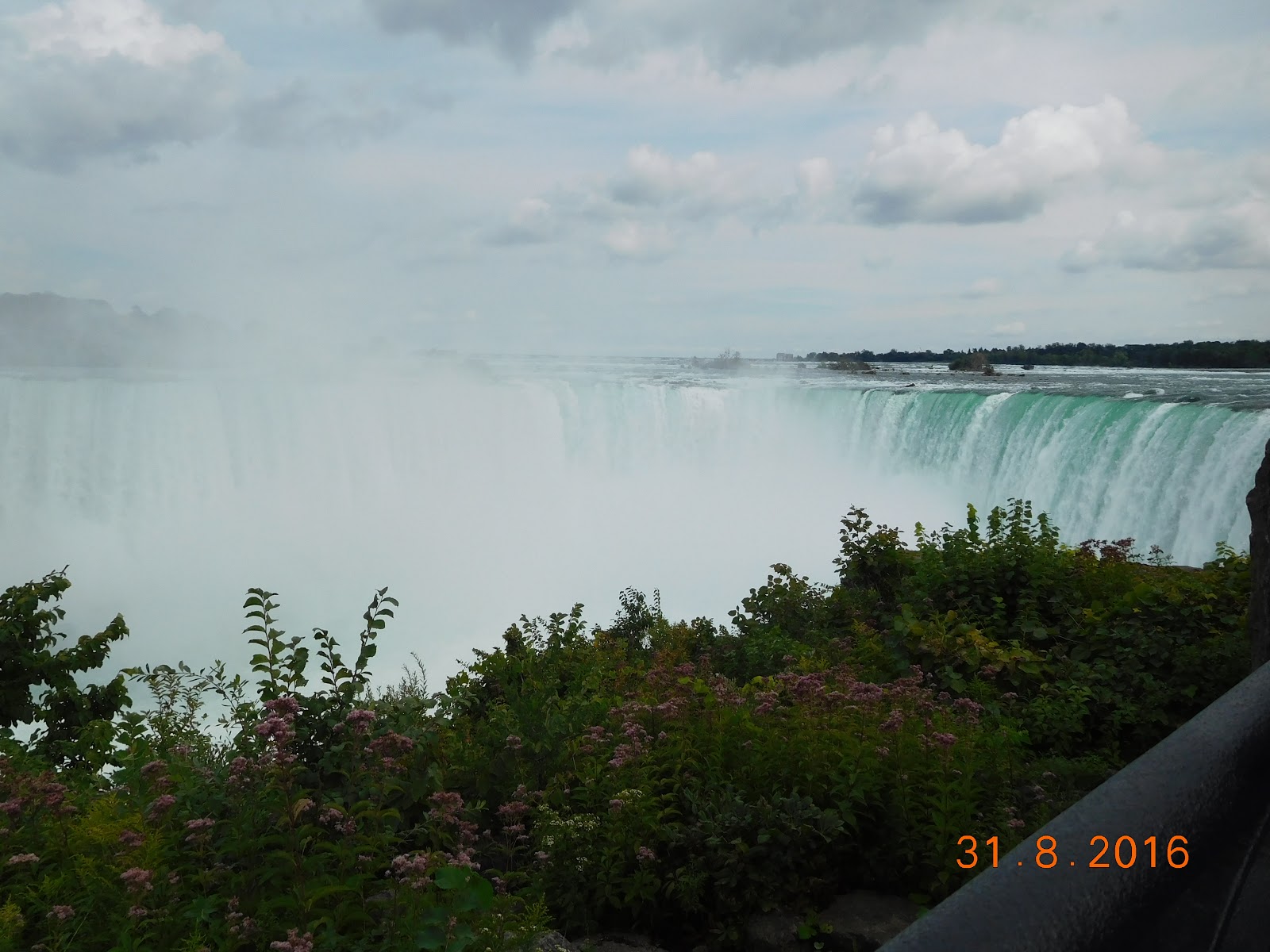 After our first night in camp, where we all slept like babies, we packed up all our stuff and got in the van and drove to Niagara Falls. The drive there was lovely as we drove alongside Seneca Lake and through some lovely classic looking American towns. We got to the falls around lunch time, so we had a quick picnic, whilst gawking at some Amish people also picnicking, before getting our first glimpse of the falls. From the American side the view is not the best, so I recommend that if you can, you cross over Rainbow Bridge and venture over to the Canadian side. However, before we did that we boarded the Maid of the Mist which was included in our trip, and had a great time. It is something you have to do if you go to the falls, as you get up close and personal with the falls and absolutely drenched. The ginormous bright blue ponchos and constant spray made it hilarious, and even though it was so wet that I was scared to get my phone or camera out, it was amazing to get that close to them and see them up close for real! After the boat tour we got the lift up to the viewing platform which had pretty great views, before crossing over to Canada. The views from the Canadian side were just incredible, and we even saw a rainbow over the falls which was really special! We stayed in Canada for a few hours, before crossing back over to the USA. It’s free to leave the US, however to get back in you have to pay a quarter or something, and also get interrogated by border control. Which was TERRIFYING. The man was so deadpan and scary, but we had a right laugh afterwards. Also we walked SO SO much, clocking up just under 20,000 steps! We also went back in the evening for the night show and fireworks which were pretty special. 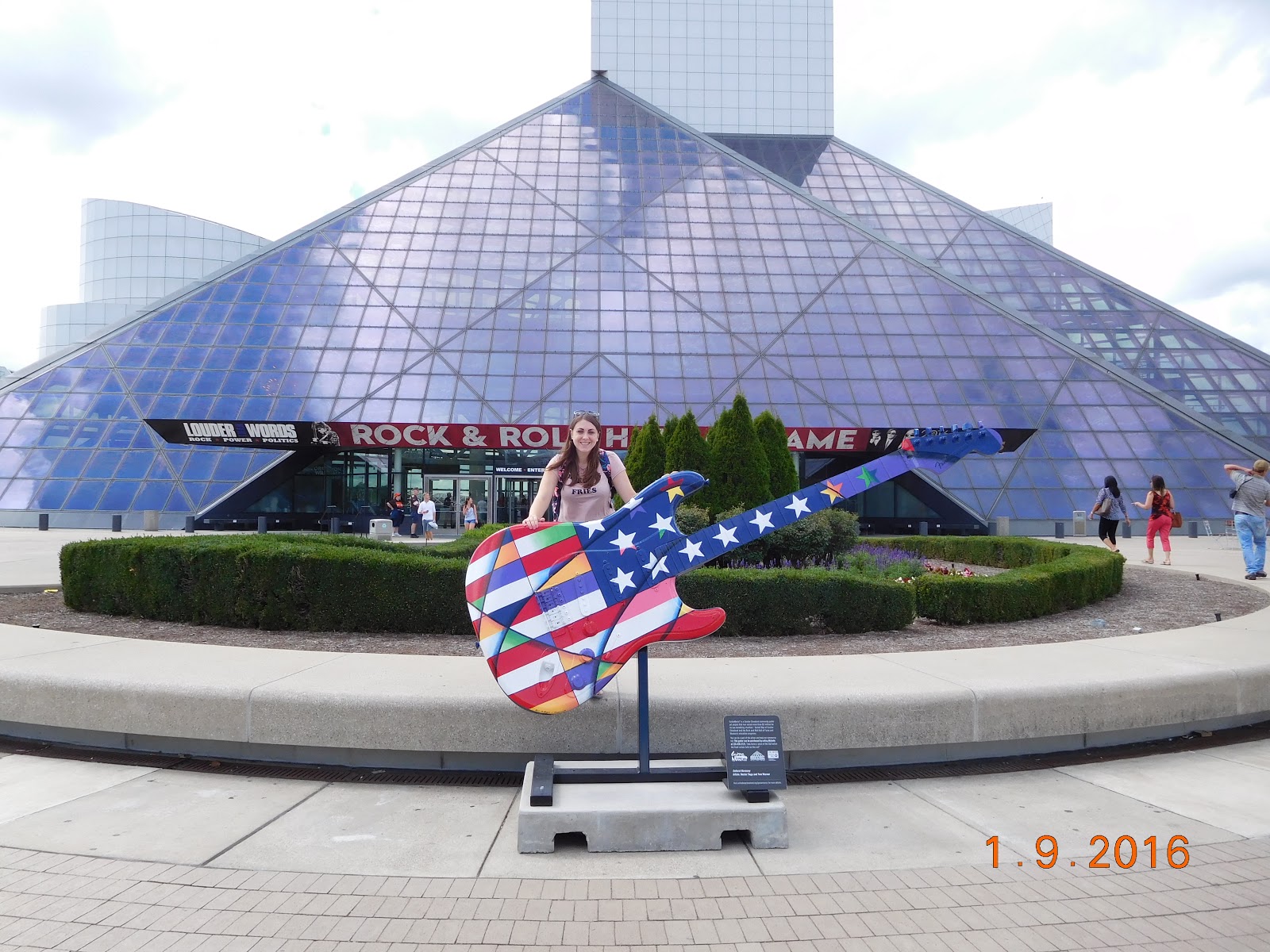 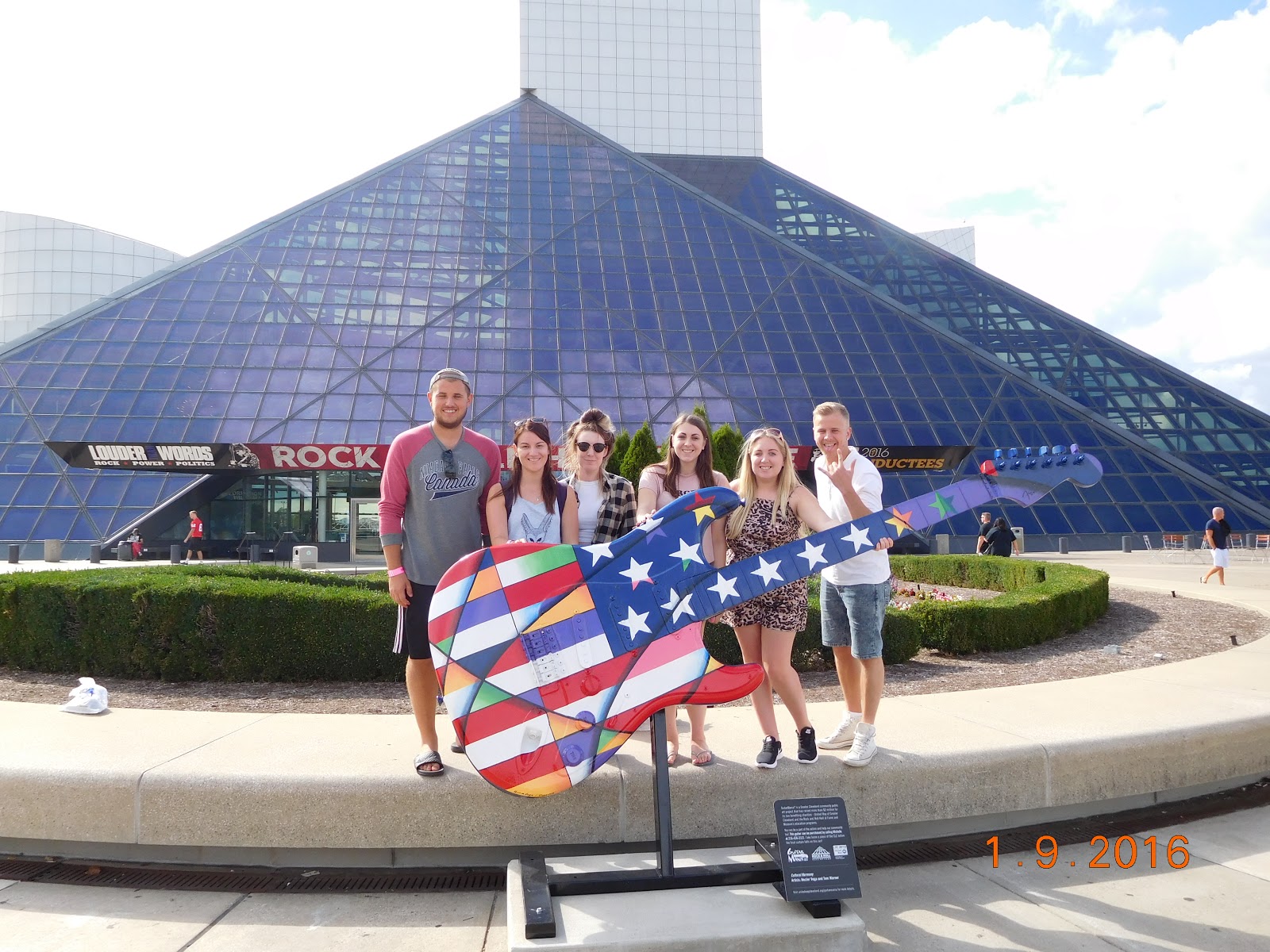 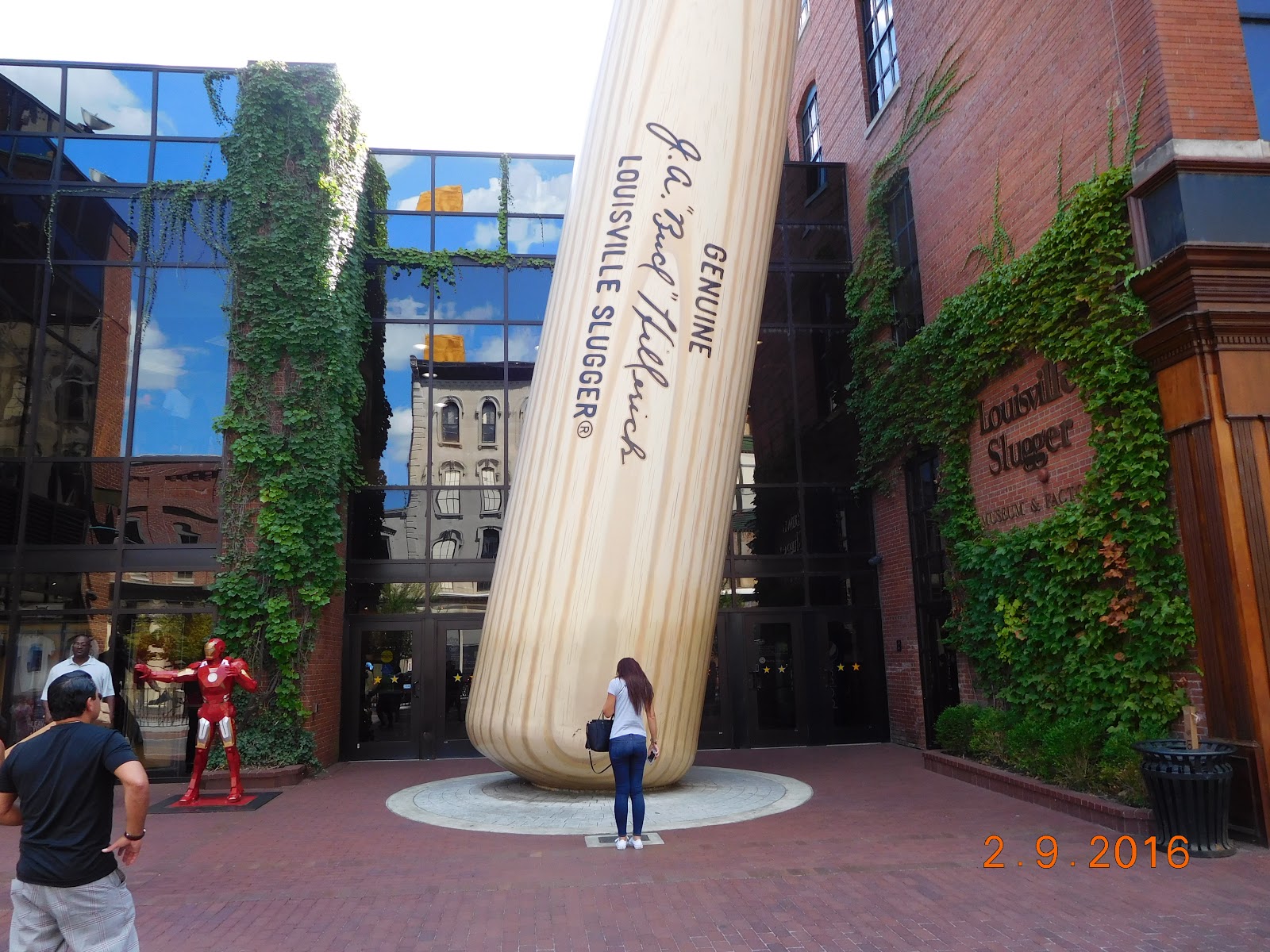 On day 4 we set off at 9am (our fave time to depart camp) and headed to Lake Erie, one of the great lakes, where we arrived at our destination, the Rock & Roll Hall Of Fame in Cleveland Ohio. The cost of this stop wasn’t included in the trip, but was around $23. I’m not sure if it was totally up my street, but it was definitely interesting. Whilst we were there we also saw the Blue Angels fly overhead a few times (The US version of the Red Arrows) which was cool. This evening at camp was fun as it was the first night of many that we made SMORES.

On day 5 we set off from camp at 8am as we had a long-ish (6ish hour) drive ahead of us to Louisville, Kentucky. On the way out of Ohio we drove through the Ohio State college campus which was pretty fun, and stopped off at the Ohio State Stadium, which has a capacity of 116,00, like WHAT EVEN. We played a game of ‘spot the Nike running shorts’ a trend amongst current US college kids it would appear. We then arrived in Louisville where we stopped off at the Louisville Slugger Museum & Factory and we even got a mini bat for free at the end of the tour. Worth it. It was really interesting, even though I don’t really know a thing about Baseball.

So thats day 3-5, keep an eye out for next Tuesdays post where I’ll share what we got up to on days 6-9 in Nashville and Memphis!