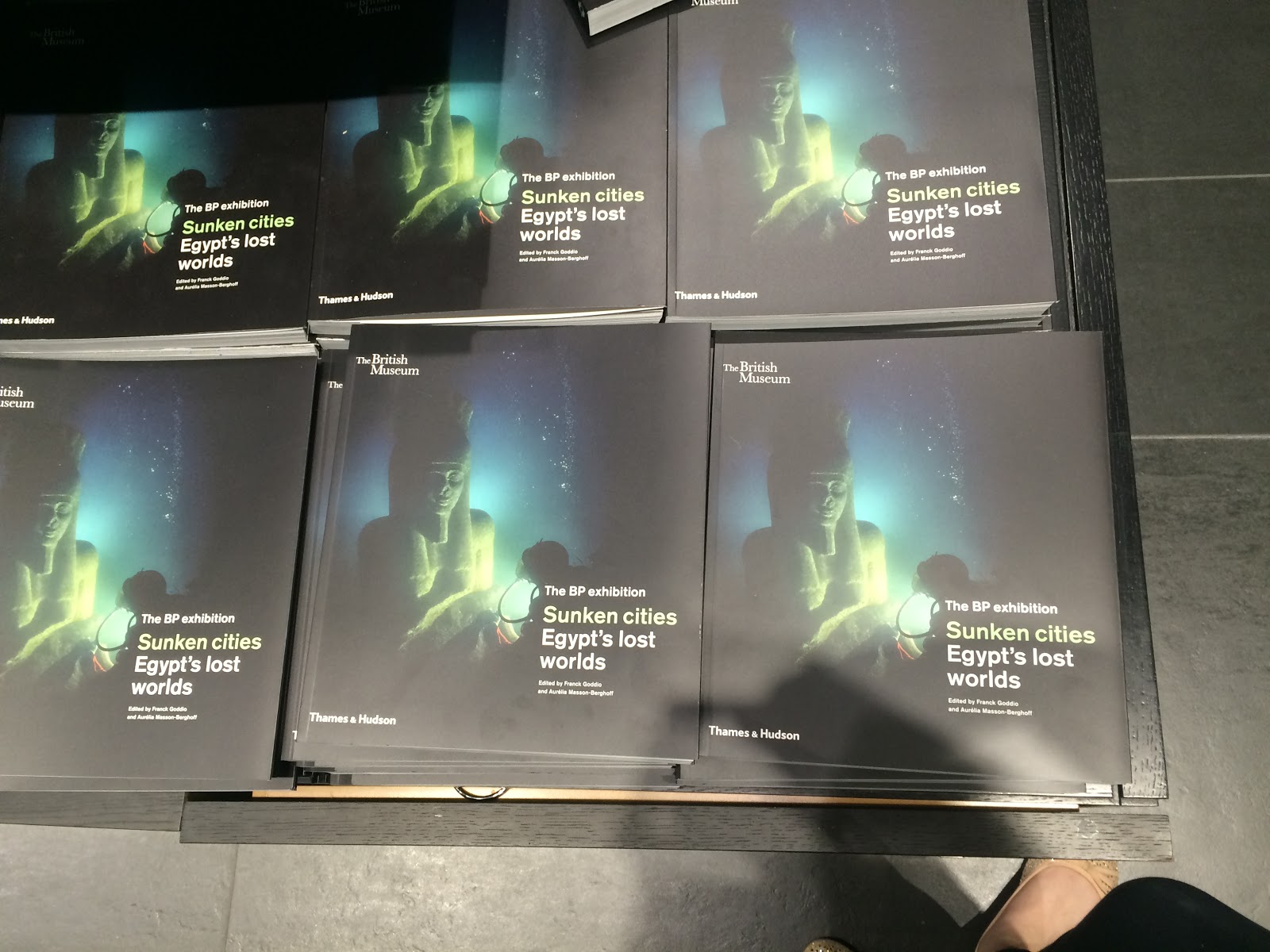 Right now I feel like I am in a really weird place with my life. I’m between jobs (aka unemployed), self-employed through my blog, 23, newly single, and I don’t have my sh*t together. But slowly, slowly I’m figuring out what I like, and after an accidental day on my own in London one Thursday, i’ve realised I quite like doing things by myself, for myself and enjoying my own company.

Now I don’t work in London, making my way into the city for one event is often not always worth it, however when I was invited to The Body Shop Christmas press event and a Buzzoole drinks event, I thought it would be a nice day out. I always knew I would have 1-2 hours to kill in between but had envisioned myself traipsing along Tottenham Court Road and probably hitting up my fave Primark, however en route to TCR, I walked past the British Museum and after fighting the hoards of groups of people, made it inside and decided to purchase a ticket for the Sunken Cities, Egypt’s Lost Worlds exhibition. I love the Egyptians, their Gods, ideals, the way they worshipped things, preserved bodies, hieroglyphs, it all absolutely fascinates me. So to see items up close that had vanished beneath the waters of the Mediterranean, (the lost cities of Thonis-Heracleion and Canopus, submerged under the sea for over a thousand years) really inspired me. I had a lovely hour or so mooching about the exhibition which was breath taking, before I pootled further along TCR before ducking inside a cafe to a) escape the rain b) finally eat something and c) charge that iPhone.

Typically when I go to blog events, I stalk the hashtags/social accounts for the event and find people going, chat to them online and usually bump into bloggers there which is nice. However for these 2 events I went to both knowing no-one, and whilst it was a little weird, it was also oddly refreshing and it was nice to walk about the press day on my own, taking in things in my own time, chatting to people from The Body Shop etc. At the evening event it was an experience like no other really, as I was the only blogger for a little while, before another one who I didn’t know of arrived (she was lovely!), so it was a little daunting and totally outside my comfort zone. But I left feeling happy that I had had a lovely day out all to myself. I think blogging has played a massive part in my surge of self-confidence over the past year or so, as it has really pushed me out of my comfort zone, i’ve attended events alone, and had to talk to brands, PRs and other bloggers, and it’s been good for me to put myself out there a bit more.

I do think becoming more confident being by yourself is an age thing, when I was younger I would worry what people thought if I was doing things alone, would they think I had no friends and pity me? Now I don’t care, because I know I am surrounded by a lot of amazing friends and family, and quite frankly people can think what they want, but I’m just happy that I’m finally getting around to doing things that I want to do, for me. And with my Trek America adventure booked for the end of August, it is probably a good thing i’m becoming more and more okay with spending time by myself and who knows I may even venture to the cinema alone next week! I think doing things you actually want to do, without dragging some along who doesn’t want to do whatever it is, is great, and if you want to do something but have no one to go with, then PLEASE do not ever let that stop you. I had grand dreams of slowly driving across America one day with my fave girls/boyfriend, but life happens, people have jobs, you find yourself single, and guess what I wanted to do it now, so I am. I also wanted to join Slimming World but was using the excuse ‘im waiting for a friend to join with me’, and it held me back. I’ve lost 11.4lbs in 9 weeks and if ONLY I had actually done it when I wanted, earlier on in the year – then who knows where I would be now. But at least I did get over myself, and it is never too late to do exactly what you want.

Have you done anything fun on your own, do you have any fun suggestions for me?