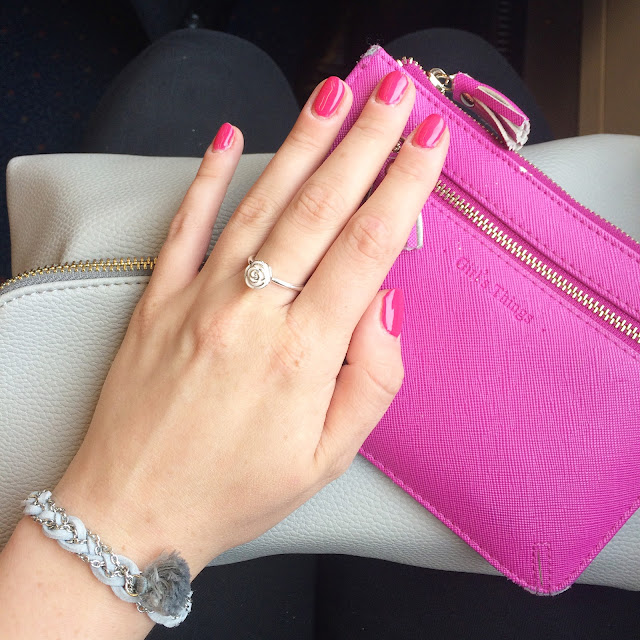 Do you know what, I am 23, I live at home and whilst i’m technically self employed, I am also unemployed, and this is NOT where I thought I would be at 23. And whilst I definitely was not okay with this at first, and it’s been hella hard, i’ve discovered that it’s okay to be where you didn’t think you would be. And it’s okay to feel a bit down and bleh about life. At 18 my dream for being in my twenties was to be working in London, fully moved out, probably with a boyfriend, earning heaps of money and with a killer wardrobe (including some black patent opened toed Louboutins) to match. And the reality is so the opposite. But, it’s okay, I think i’m having a mid year crisis. When we’re younger we’re pumped full to the brim with super high (and often unrealistic) ideas and expectations and duh obviously I get it, motivate those bright young sparks of the future and inspire those kids, and all that jazz, but for some people that’s just not going to be the case.

Going through school I was like kinda clever, when I was in year 5-6 I had a reading age of 16+ and in Year 7 I won the year 7 AND 8 spelling bee, great things were predicted for me, but then, I kind’ve hit my peak. I know it sounds ridic, but I was probably at my most clever in year 10 (education wise), and it only went downwards from there. I found a-levels hard, I found my degree hard and I worked my butt off and put everything in, to only get average and then just poor results academically. It wasn’t fair. I knew of people who started essays the night before they were due, whereas I spent weeks beforehand working away, only to never get where I want, and to watch everyone around me rise and rise. My lowest point was getting my degree, of which I got a 2:2. When I started uni I remember my dad once saying there’s no point going to uni if you’re going to leave with a 2:2, and I vowed that would not be me, but alas it would appear that hey guess what, I am just NOT cut out for academic success. But that is okay. Because outside of the academic world, which at the end of the day is not all that, i’m a good person, I have pretty good people skills, i’ve worked in a variety of job roles and have had part time jobs since I was 15. I know how to work hard.

And I know its so, so, so hard when your best friends are achieving their dreams and getting to the places they want to be, and all you want to be is where you want to be one day, and it just hasn’t happened. I get that, I really do. I am fortunate to be friends with the most incredible, strong, clever, inspiring, independent and amazing girls ever, and of course they’re destined for the most amazing things, but sometimes when you feel like you’re the average Jane of the clan, going nowhere with no clear life plan or upwards path, it can be really hard to remain positive.  So guess what. it’s also okay to have a slump, to have those days where you’re like ‘what on earth does the future hold for me’, but at the end of the day we’re still young. I feel like number wise 23 seems old(ish) and when I was younger that was the age to aim for to settle down and plan for the future, but I now know that isn’t and doesn’t have to be the case. So this is why i’m so excited for my trip to America for 5 weeks at the end of August. I think at some stage in life (or regular stages even), everyone needs a break from things, to get away, to have new experiences, and to come back refreshed and with a zest for good things to come. To inspire. And for me, that time just so happens to be now. And it’s okay.

I’m 23, technically self employed, but unemployed, I live at home with my parents, but i’ve got a very rough, slight plan, (but at least it is a plan). for the rest of 2016 that involves escaping it all and becoming more inspired, and then returning home to hit the ground running to set myself up for 2017. So who knows what the future holds for me, i’ve just got to make sure I get out there and get it.

Sorry for this super rambly post guys, but maybe some of you can relate or offer up some pearls of wisdom for me?