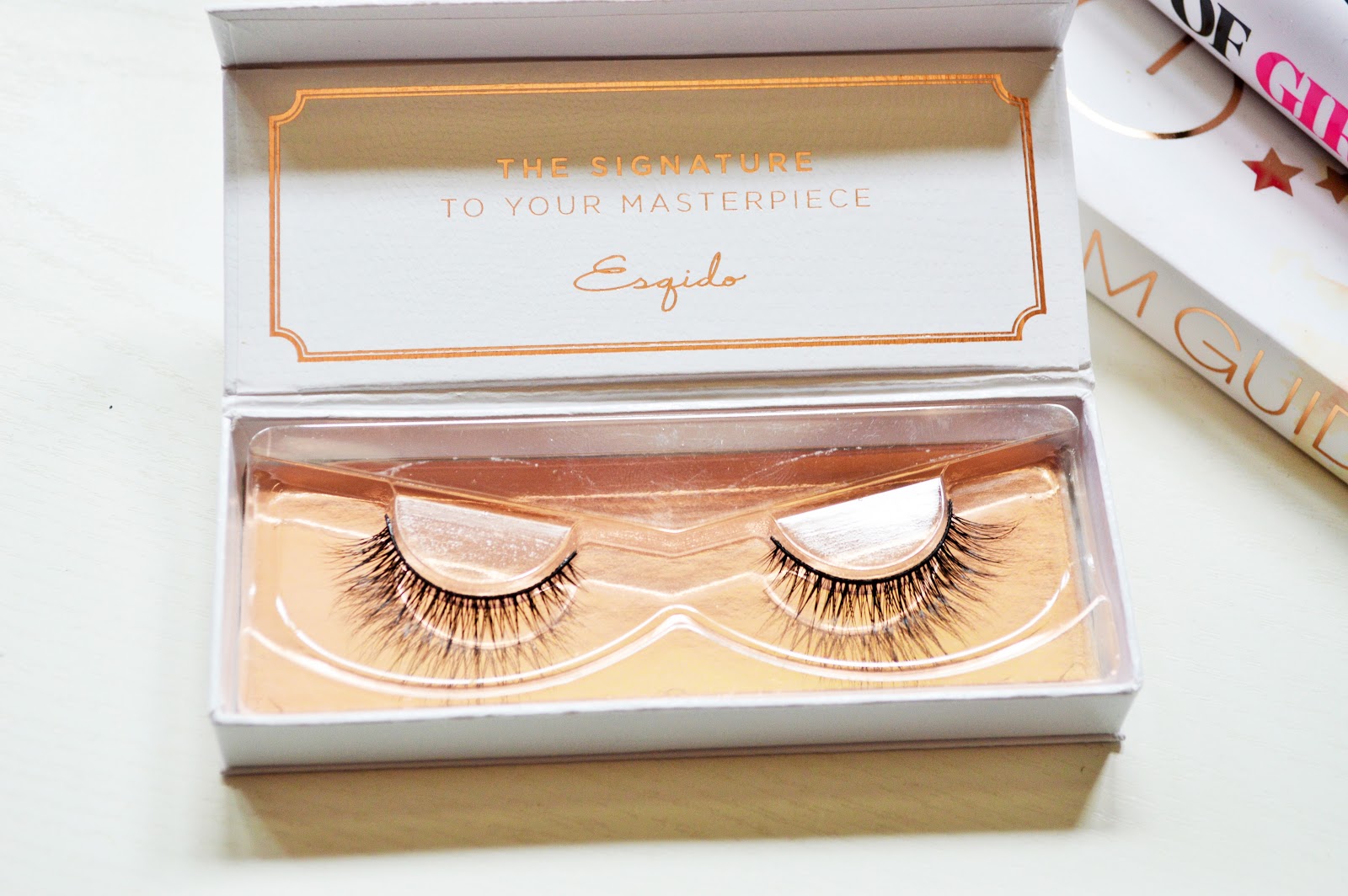 If you would’ve told me a few years ago that I would be into fake lashes when I was older I would have told you to ‘jog on’. I used to view them as tacky (probably based on bad experiences with girls who enjoyed wearing double or triple lashes), think they looked so obvious and fake, and just couldn’t be bothered with the faff after attempting to wear them a few times. Fast forward to 2015 and I can’t go on a night out without wearing a pair and try to wear fake lashes whenever I can!

Esquido False Lashes are handcrafted with care and their mink lashes are used by top makeup artists and worn by many celebrities (such as Rihanna and Victoria’s Secret angels) around the world. I decided to try the pair ‘unforgettable‘ which are advertised as natural and elegant lashes that provide light volume. This pair of mink lashes feature a gradient of increasing length and thickness across the lash band, resulting in a subtle yet beautiful winged out effect; a lash look that I naturally always gravitate towards and wear as I find the style most flattering.The band on these lashes is typically thicker than I normally go for, but I found the band super flexible and had no issues putting them on apart from trimming them a little from the outer corner, which is something I have to do for most lashes that I wear.

I like how the website includes a before and after photo of the lashes on, a volume scale and a detailed description and my lashes arrived quickly in the post. Whilst Esquido lashes are on the pricer side for false lashes, they are made to last and come in a sleek white and rose gold box with a magnetic flap to keep them pristine and just look gorgeous.

Would you ever try mink lashes? What are your favourite fake lashes?