Teatox’s are taking the world by storm this summer, and so they should be, they’re great, (if they’re one of the teatox teas that don’t contain the laxative, Senna)! I was kindly sent a 14 day Your Tea Tiny Teatox* to try, and it was such a breeze, the teas were yummy and I lost weight! 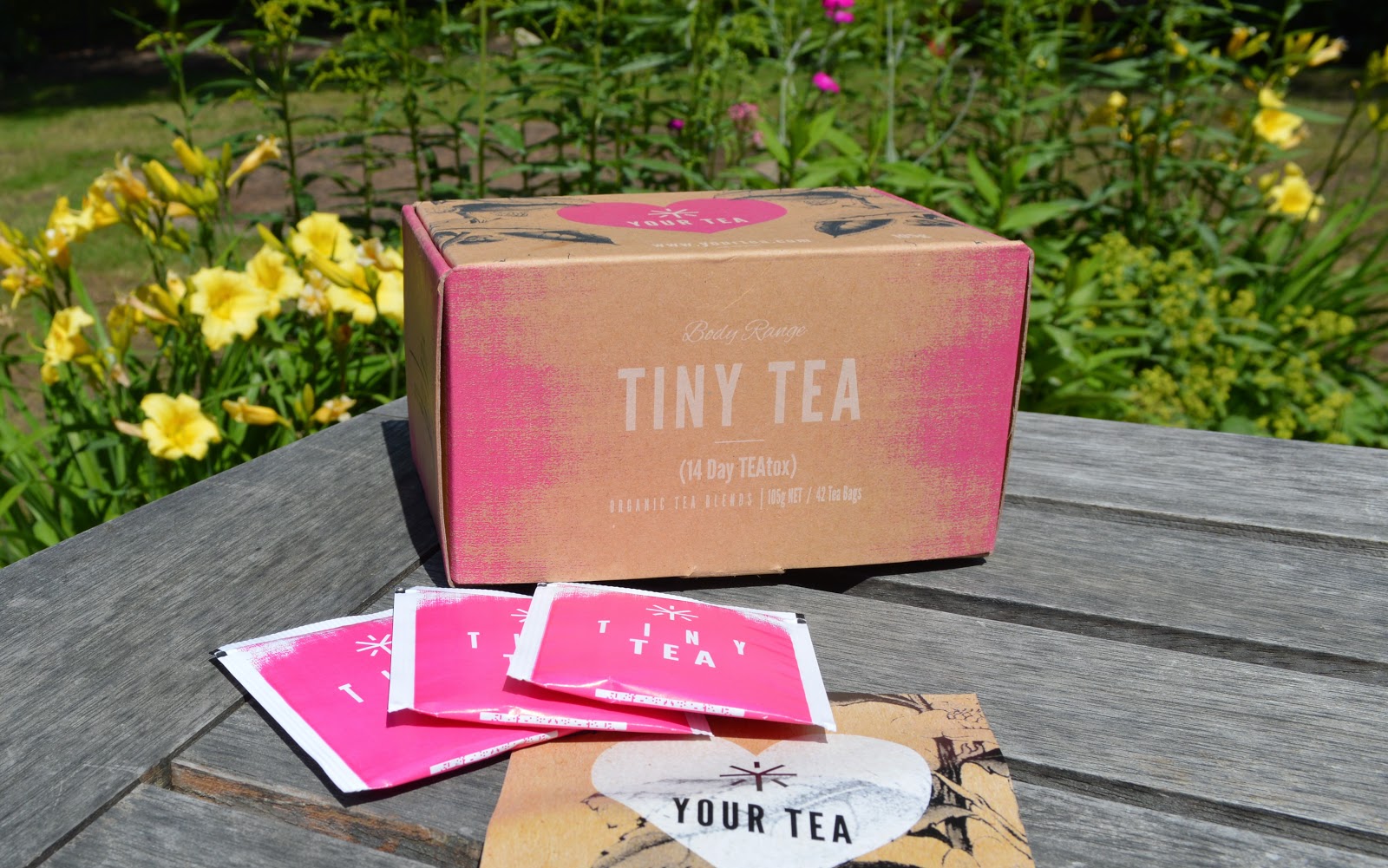 Now, how did I get on with this 14 day teatox? Well I was at first apprehensive of the herbal taste but they were easy enough to drink, and I mainly had the teas with a bit of honey or lemon in which was enjoyable. My only minor gripe with the taste was a slight bitter taste afterwards, a bit coffee-esque for the first couple of days, but that soon enough disappeared

The first couple of days I experienced a slight nausea after drinking the first tea of the day, although after checking the website and the easy to navigate FAQ section, it said that as Tiny Tea works on replenishing and nourishing your digestive system, it can stir up bits and bobs inside you that don’t need to be there and as a result it is normal to experience minor skin breakouts or mild upset tummies for the first few days of the teatox! This just simply indicates that the tea is performing changes internally and after a few days you should start feeling the positive changes that the tea promotes. However if problems do persist, pop them an e-mail and maybe stop the teatox. My nausea subsided and I carried on fine!

The teas were easy enough to remember, simply have 30 minutes before or after your meals, and you’re good to go. The only issue I had was when I was eating out it was hard to time when to have the time, but that didn’t happen often so it was okay!


Now i’ve finished the teatox I lost around 6 pounds and my bloating after eating was majorly reduced, bloating is an issue I have so this was a great effect. As well as the teas I made sure to eat well and to walk the dog everyday for 40minutes or so, and occasionally used the exercised bike! I’m actually kind of sad my teatox is finished now and I am eying up another teatox to have post-holiday! You can buy a 14 day teatox for £20.


Have any of you tried a teatox, what’s your favourite tea/remedy to stop bloating?