First things first, this post isn’t to say don’t ever buy make-up off ebay, but just be warned! Recentlyish the new Benefit ‘They’re Real!’ mascara came out and i knew i had to have it. However i couldn’t afford the price tag that came with it so i headed over to my good pal ebay and had a look on there. I was delighted to see it retailing for about £7, so i quickly nabbed it up!

Looking back, there is a reason it is at this price! The transaction was swift and easy and the product came within a few days nicely packaged, However when i opened it i could instantly tell it wasn’t real, the labelling on the box looked like a transfer i could have produced and stuck on and the colours were funky. When i pulled the wand out of the tube and saw the messy black gunk on the end of the wand i was horrified! It resembled thick black paint and had a bizarre peachy scent, which after a few days went away and it ended up smelling like paint! The consistency was a sort of gloopy, stringy, bizarre creation, i can’t quite describe but hopefully the photos demonstrate! 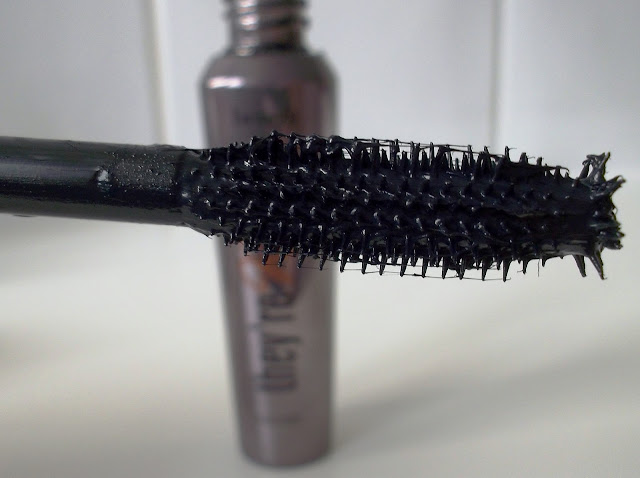 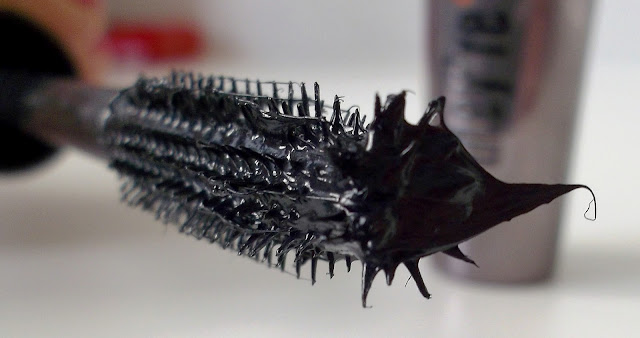 Hmmm. After seeing this i decided to put it NO-WHERE near my eyes, and i quickly went onto Ebay to contact the seller. I didn’t get a reply after a few e-mails so i left negative feedback. After which the seller instantly e-mailed me, saying they would refund me if i could remove my feeback, hm sounds dodgy eh? Long story short, i am still conatcing the seller as it has been two weeks since they supposedly issued my refund, however this is nowhere to be seen. i don’t even care about the money now, i knew when first buying it, there may be a slight chance that it wouldn’t be genuine, but that is a risk you take on Ebay, as with most products.

Moral of the story? Look at the feedback left from others, and if there are 300 Benefit Mascaras and other very high end products retailing for a tiny fraction of the price, have your wits about you! However, there are some make-up gems on Ebay, just be warned! The fact that such sellers are willing to put someone’s health and well-being at risk just for some money really gets to me and infuriates me, i don’t know what this is made of but it must be bad for your eyes! (No ingredients list was included in the leaflet, of which the paper was of such a poor quality, do they include this in the real mascara?) 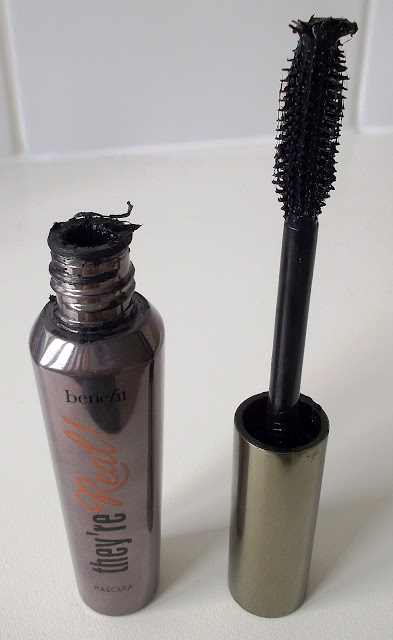 Overall i have learnt my lesson and will only buy make-up off Ebay if it is a one-off item from a good seller, or someone has purchased something and have said good reviews to me about it! In fact i don’t think i will ever buy make-up off Ebay, only nail polish!

Everything I’ve said is just from my own personal experience, I’m not saying that there aren’t any trusted make-up sellers on Ebay, because there are! Have any of you bought any dodgy make-up off Ebay?