In the August edition of MarieClaire (retailing for £3.70) came free a tube of Avon mascara; there was a choice of a ‘volumising’, ‘lengthening’ or ‘curling’ macara, and as i love voluminous lashes, i opted for the ‘volumising mascara’ which was the Avon SuperShock Max Mascara which retails for £10 and with the magazine came a 10ml, full size tube. What a great deal ! 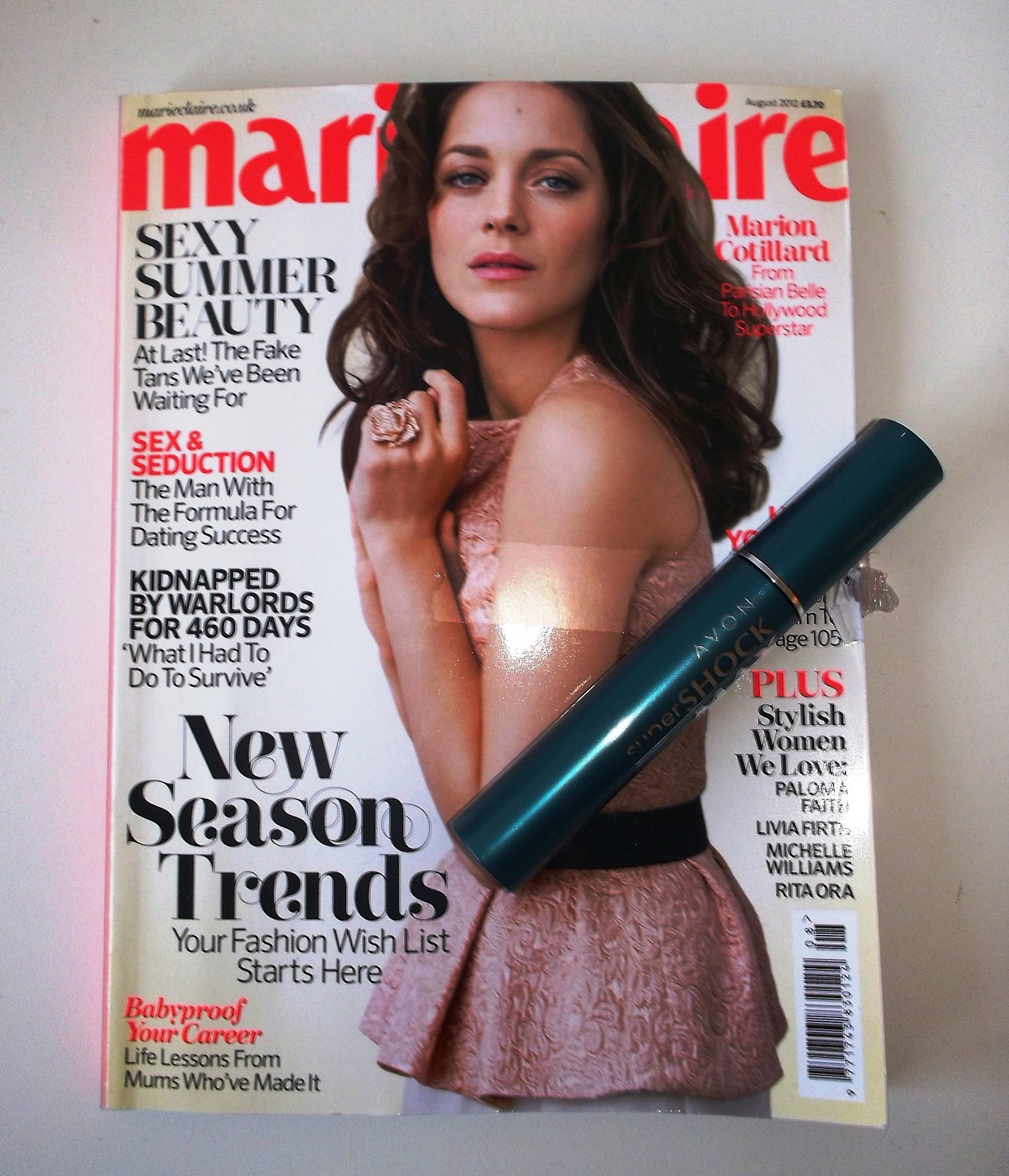 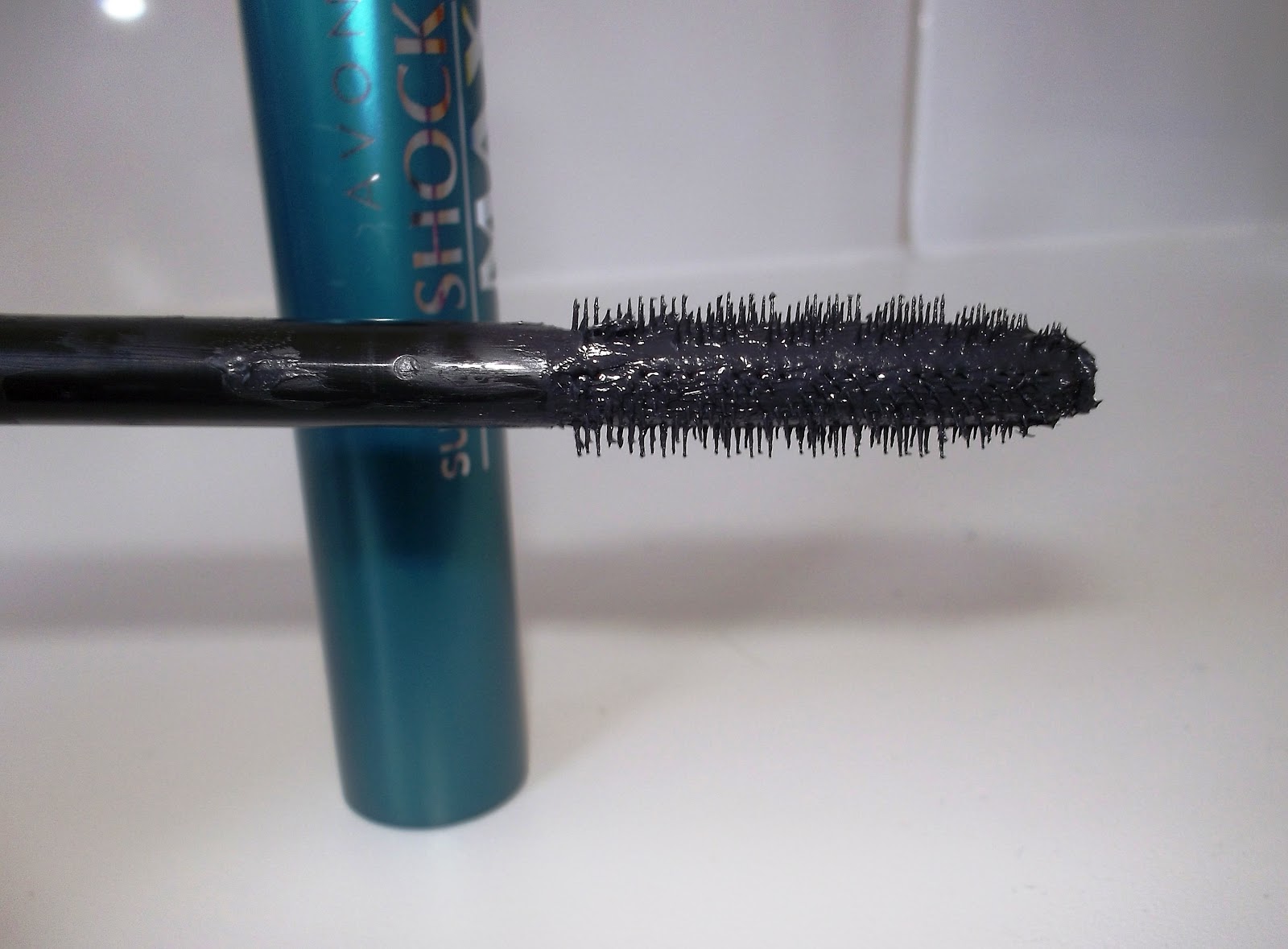 (Above: The magazine cover, Tube of Mascara and Wand, close up of the bristled on the wand)

This Mascara claims to be a ‘Maximising mascara gives up to 15x the volume. Does not clump.’ I have been using this for a week now and i agree it does not clump, the product also does not build up on the wand and the bristles work well to ensure an even application. I agree that this is a volumising mascaras but also a fairly good one at lengthening and curling too. However, i have found that after applying there has been a teeny bit of smudginess, but I believe this is down to me and not being used to such a large wand (Quite similar to the Maxfactor False Lash Effect Mascara) . Once applied i found that after being at work for a solid day, this mascara has not budged but is still easy to remove. I have found that it has not left my lashes feeling crispy, but instead they still feel soft and natural but look dramatic and very black (after a few coats).  I also love the colour of the tube, a lovely summer colour that looks pretty in my make up bag.

+ I’m loving the current Make-up beauty freebies, so far this year i have managed to nab 2 full size decent mascaras, a gorgeous Nails Inc nail-polish and a nice large sample tube of The POREfessional! And you get a lovely magazine to read too, great 🙂